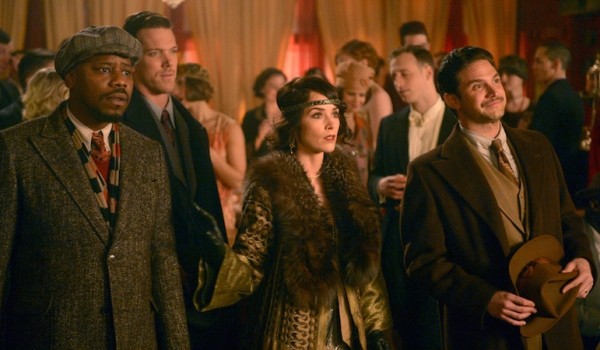 Timeless (2016-7) — the time-travelling TV series in which three modern-day people (a historian, military guy, and techie) try to save history and therefore the present– is cancelled! No wait, it’s back! Phew! Crisis averted! I weirdly stuck it out with this show, mostly because of the fun of watching historian Lucy geek out on different periods. I reviewed the first few episodes, then did a deep dive into the 18th-century episodes. So let’s wrap up the season, because we’ve come this far.

Lucy gets kidnapped and taken by the bad guys to Chicago 1893, while Rufus and Wyatt follow to rescue her. Cue meeting Houdini and serial killer H.H. Holmes. I was fine with the costumes, even if Lucy was hatless too often! 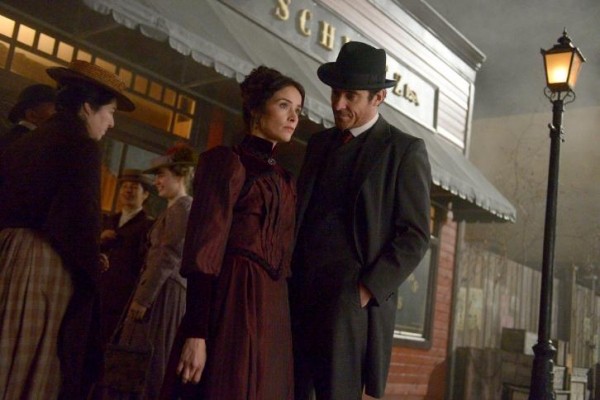 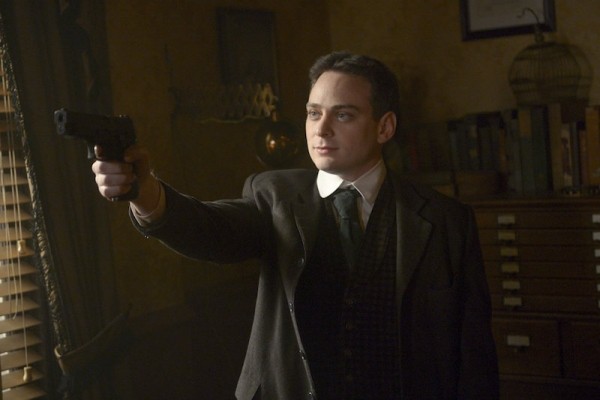 Obviously, Jesse James, but also U.S. Marshal Bass Reeves, who was African American and the inspiration for The Lone Ranger. It was pretty cool to see how moved Rufus was to meet an heroic figure of his own ethnicity (“The Lone Ranger is black? That’s … awesome!”) … while I spent my time scoffing at Lucy’s hair, which was either down or in a loose braid that, I’m sorry, would have fallen apart and gotten in her face and been ULTRA impractical. 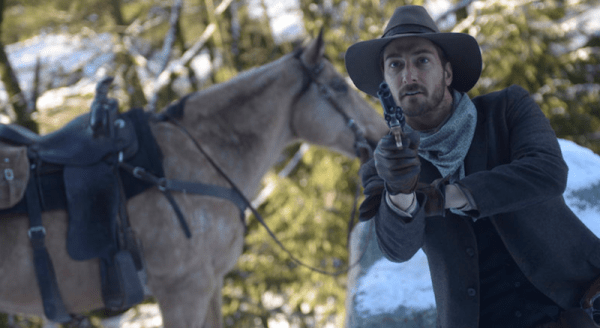 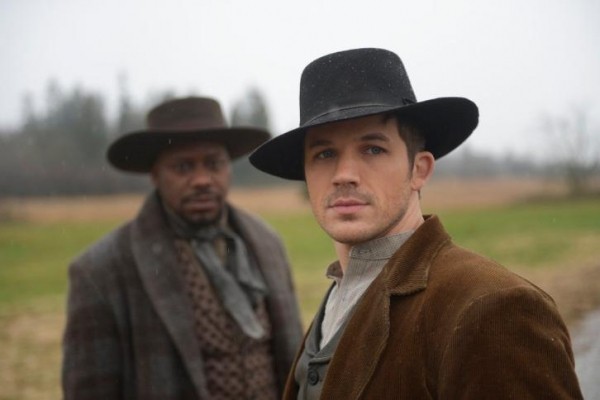 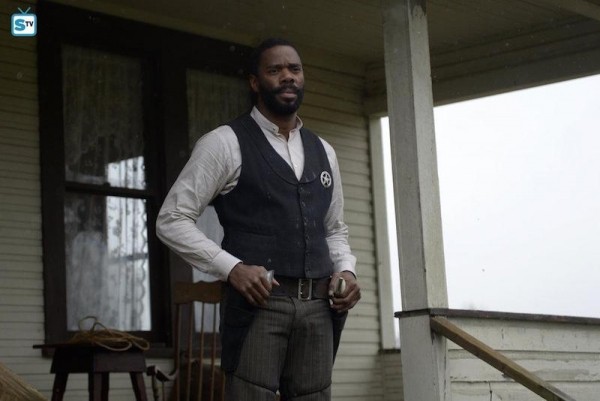 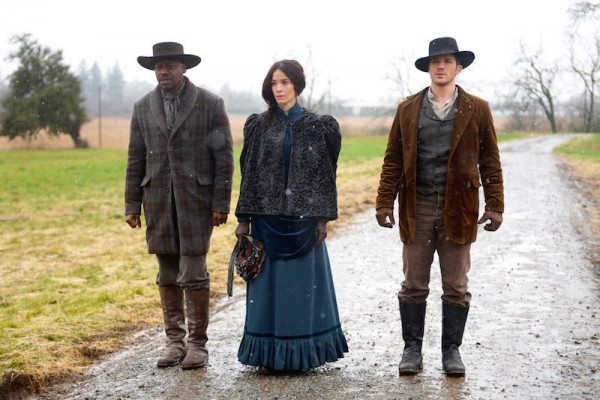 I don’t love the cape Lucy is wearing, just because it’s not a look I like, but who cares because LUCY’S HAIR. 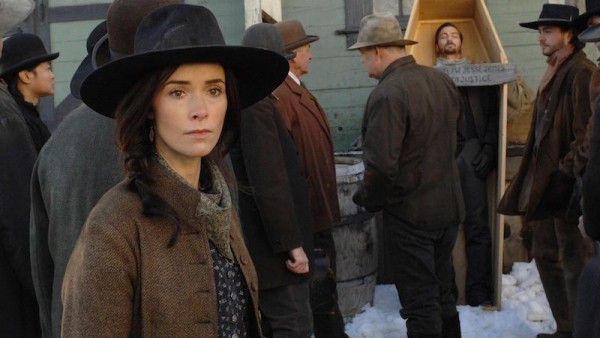 Okay kids, I’m breaking our 1960s cutoff to tell you how fabulous this episode was. Wyatt goes after the parents of the person who killed his wife in Ohio, 1983 — a flight attendant and a bartender. There’s a huge storm, so the episode is basically them stuck in the bar where these two meet. Wyatt spends his time trying to distract the future-mother, Rufus tries to help but is hilariously excited about all kinds of “retro” stuff like seeing the “Just Say No/Nancy Reagan” episode of Diff’rent Strokes and getting to play various video games. Plus, pastels and rolled up sleeves! 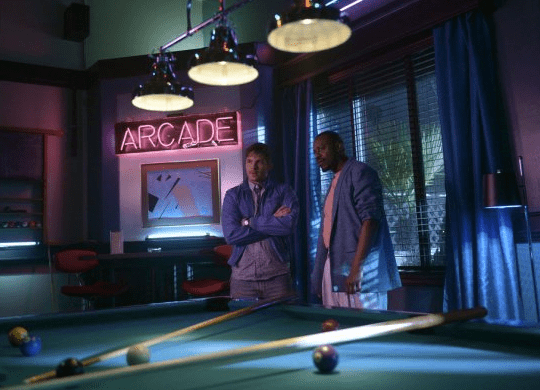 Rufus to Wyatt: “Are there parachute pants in that bag?” 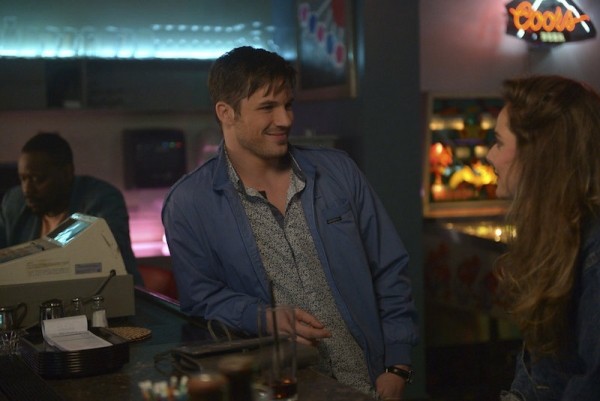 I think that’s a Members Only jacket… 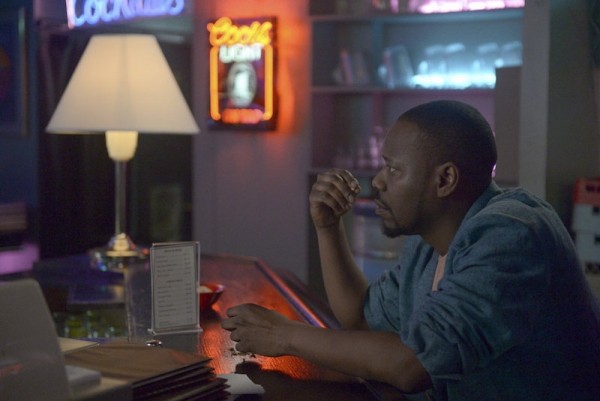 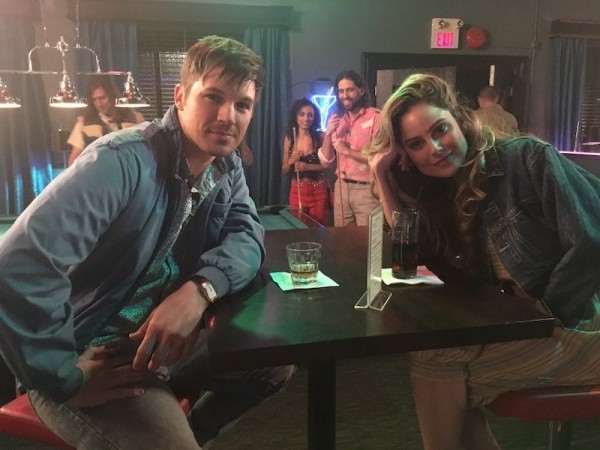 The flight attendant/stewardess — I LOVED HER HAIR!!!

Wyatt is in prison, so Lucy and Rufus are joined by a fill-in military guy and head to 1927 Paris. There they meet a hilariously soused Hemingway and Josephine Baker. 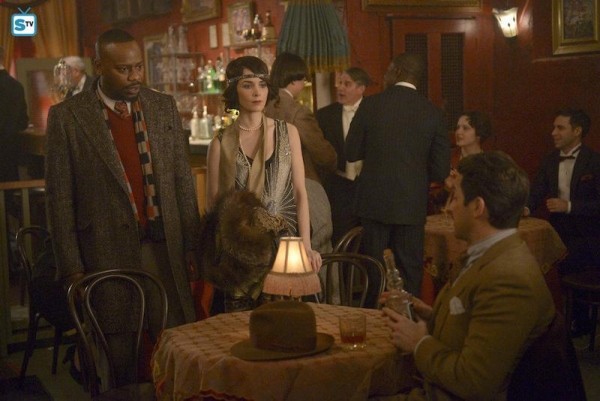 I don’t love Lucy’s bandeau from a not-my-taste perspective, but hey, it’s not a head necklace!! 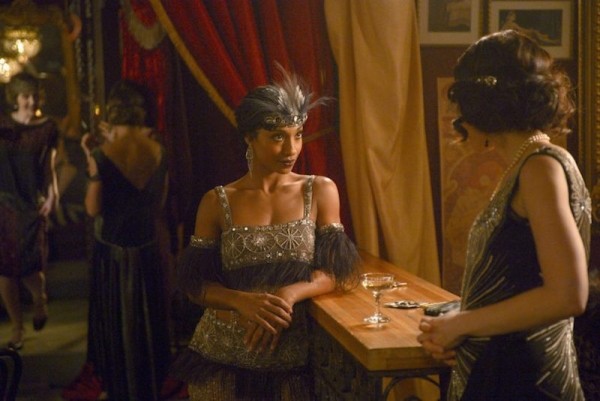 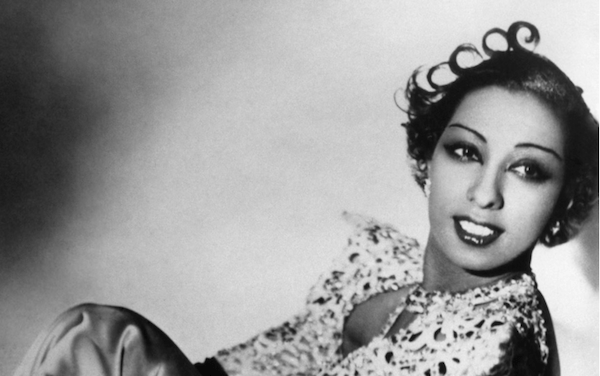 The team is supposed to go to 1962, but instead they hijack the time machine and head to 1931 Chicago where they meet Al Capone and prosecutor Eliot Ness. It was fun in that the team was dressed in 1960s gear (and Wyatt in 2017), and had to deal with everyone being totally confused by them. 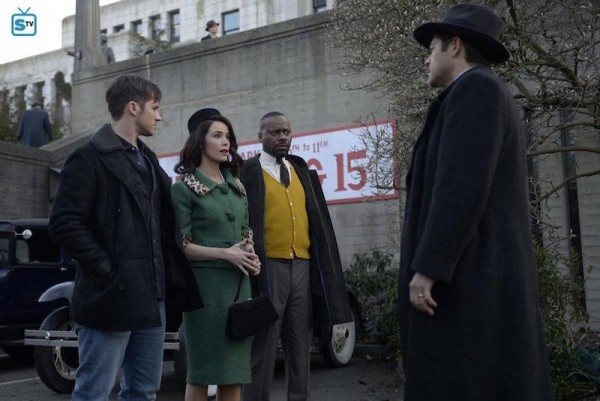 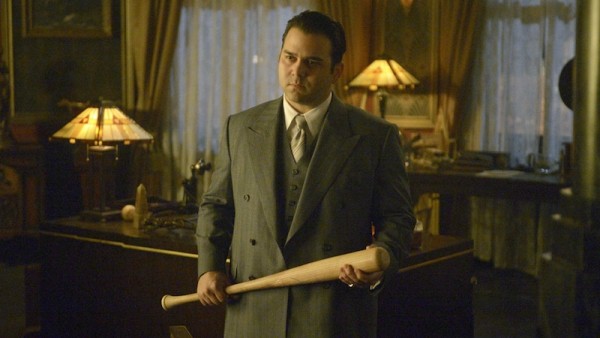 Al Capone, so great with the baby face!

Washington D.C. and Senator Joe McCarthy make up the season finale with all kinds of Further Intrigue! 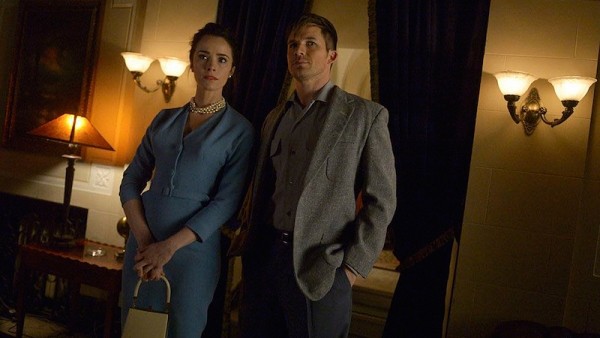 Pearls and a handbag, both required! 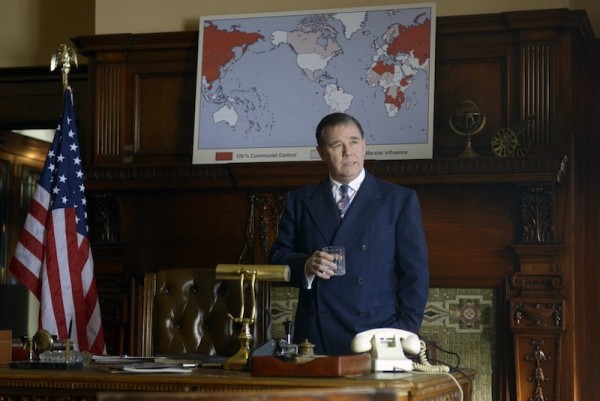 Will you tune in for Timeless‘s second season, whenever it airs?