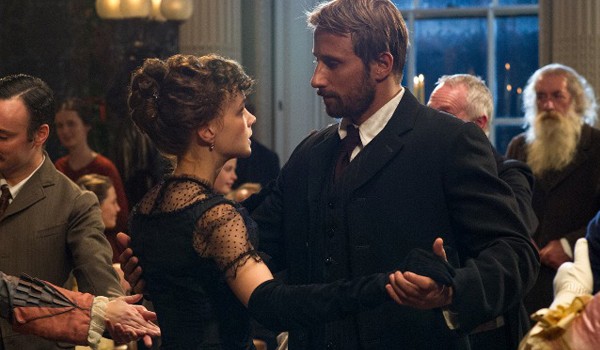 It’s kind of a dumbed-down version of Thomas Hardy’s prose, making his complicated social critique into an easy romance for the masses. Fine, whatever, do what you need to do to make a buck, I guess. But it still makes me sad. I love how Bathsheba is supposed to be truly torn between three equally compelling options: her heart (Gabriel Oak, who accepts her as an equal and loves her as she is), her head (William Boldwood, who is the respectable, socially acceptable choice), and her sexual desire (Sergeant Troy, who’s stokes her physical passion).  In the book and somewhat in the 1967 film version, Bathsheba struggles more between the three men and trying to integrate her various needs while also living within the confines of rural Victorian society. But Carey Mulligan as Bathsheba floats between the three men with only a smidge of dissatisfaction, and aside from one minor disagreement about the price of grain, nobody seems to care that she’s a woman running a farm by herself.