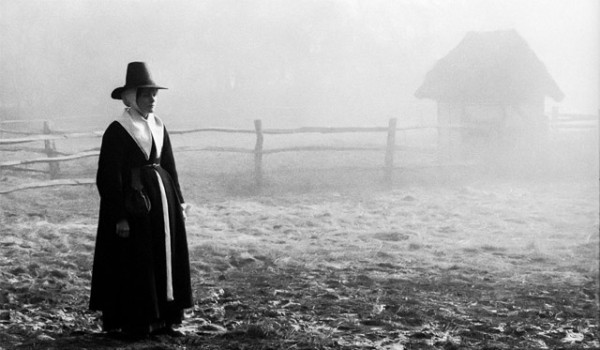 At the 2019 London Film Festival, one of the world premieres was Fanny Lye Deliver’d, a ‘puritan western’ about the social upheaval of the British Civil War era. Set in 1657, the story stars Maxine Peak as Fanny, wife of sternly religious John (played by Charles Dance). They and their young son live isolated on a farm in misty Shropshire, where a pair of strangers arrive and throw the Lyes’ world into chaos. 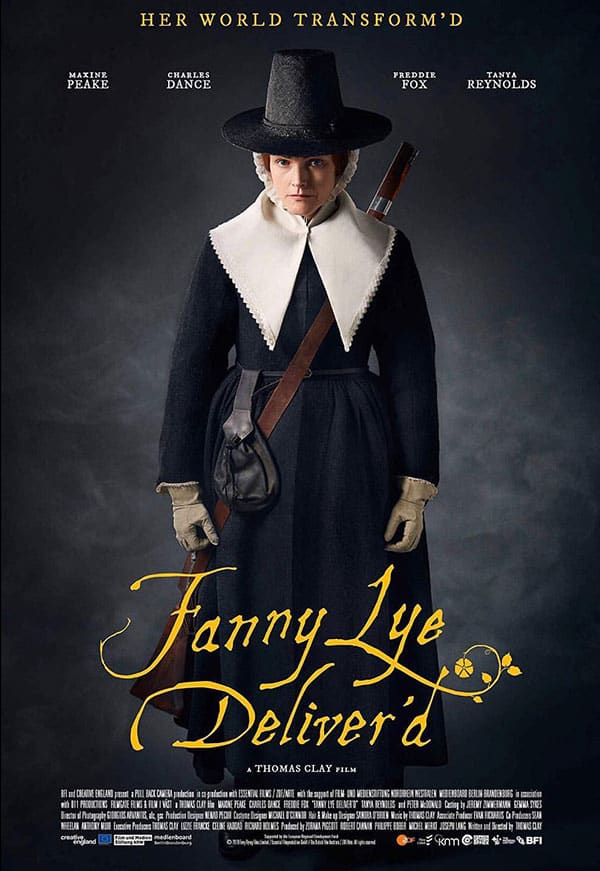 This film has been on our upcoming movies list for ages, and I’d been curious because of the high caliber of the actors and the costumes were designed by Michael O’Connor (Miss Pettigrew Lives for a Day, The Duchess). This is why I made a point of seeing the movie when I was in London recently. And while the few preview pictures I found made it look rather grim, I was pleased to enjoy the film for excellent performances, very fine historical costumes, and overall high production values. Plus, the director and all the cast except for Maxine Peake (who was in Australia on another film set) were there and did a Q&A afterward. 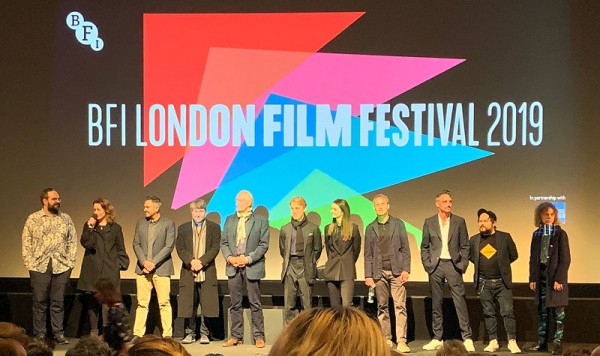 Making the film was something of a trial. It was filmed on location in Shropshire on a farm custom-built as period buildings, not a film set. The production team spent the winter of 2015-16 accomplishing this task before anything else could start. In Deadline, director Thomas Clay said that only the start of the complications: “The set started to flood halfway through the shoot, we were constantly clearing the water out and drying the floors.” 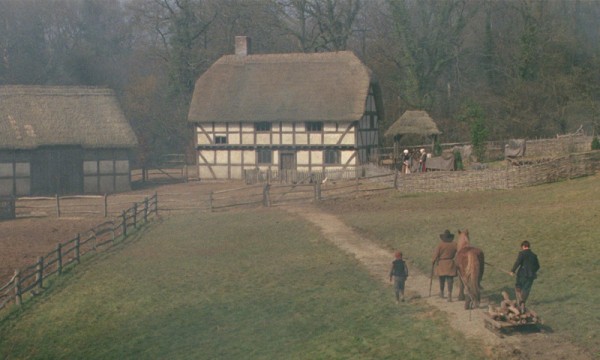 “Thomas has a unique way of working. I’ve worked on all sorts of things, and you start work on a film and become aware of what the rules of the game are. And this was a game that I had never played. Thomas has an extraordinary vision, and it was a wonderful script. There were a lot of challenges, and challenges that I think could have been foreseen. The thing visually, as you can see, looks astonishing. But the decision to make a film in March in England and shoot it in natural light is either very brave or misguided. The jury’s out on that.” 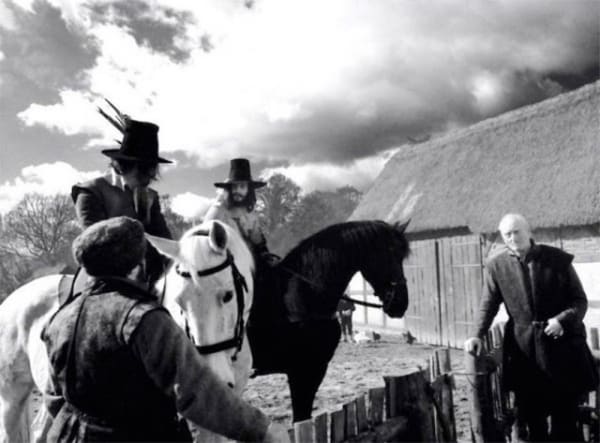 But Dance also told The Telegraph: “Maxine Peake, Freddie Fox and I shot it in freezing weather in March two years ago, and even though we all went through hell making it, I have a feeling it’s going to be rather good.” Of his role, he was intrigued because it was something different: “The part was very interesting — I’m not wearing a uniform and poncing about pretending to be aristocratic.” He explained why he agreed to this film: “There is always the chance that you’re going to be offered a more-or-less carbon copy of something you’ve just done because if you’re seen to be doing something reasonably well, the chances are you’ll be asked to do it again. But if there’s sufficient money in the bank, then I will say, ‘No, I’m not going to do that again’. I’ll wait until something else comes along.”

And at the London Film Festival, Dance gave more insight:

“We worked very long hours. up to our knees in mud a lot of the time. with possibly the worst catering I’ve ever had. And a crew who worked their asses off for minimal fees a lot of the time. But that aspect of the whole thing is not unique because more and more films are being made with tighter schedules and smaller budgets and people tend to work miracles. And I think this crew and this writer and director and these actors have worked a bit of a miracle. I think this is an extraordinary film, and I’m very glad about it.” 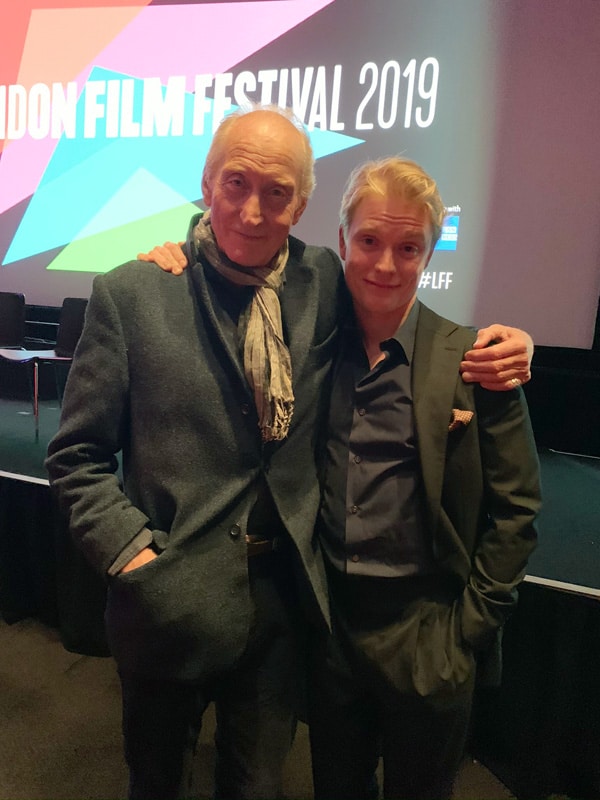 Director Thomas Clay had several historical consultants involved early on as he wrote the script, and he did his own research. At the London Film Festival, he explained:

“Fanny Lye is a fictional character, but she’s inspired by the real radical women of the time like Margaret Fell and Mary Cary. It was a moment when the voices of both radical voices and female voices started to cut through and make an impact. The portable printing press came into production just before the war, and the war created this chaos, and the effect was that suddenly almost anyone could publish and write. When I was researching it, I was reading all these amazing pamphlets from the era that inspired her character.” 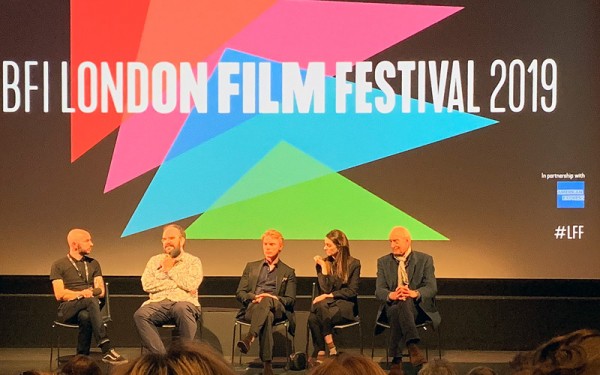 “Maxine for me was Fanny Lye. She came on board almost a year before we started shooting. She was involved early on. That was a key part. She was great to work with, she gets the details, it has to become real, and you get this extraordinary performance.” 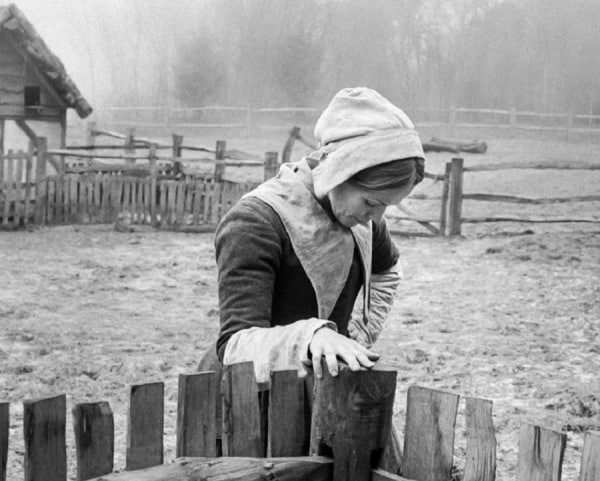 While Peake couldn’t be there, in Little White Lies, she spoke about Fanny Lye Delivered, saying:

I finished work on that three years ago. I don’t know what’s happened to it. I hope it’s still going to be released. I would presume so. There was one point they were talking about doing reshoots on it. And then I’ve heard nothing from either producer or director. It would be very sad, as it was a beautiful script. I think Thomas is a perfectionist. Maybe it’s just taking a long time. He’s very specific about what he wants. That’s why it will get released at some point. I ended up doing an 11-week-shoot, and it went over by three weeks, so it’s had a lot of time and investment. This script came along, and it’s on the English Civil War and it feels very different to his other ventures. We shall see…

Costume designer Michael O’Connor was not at the film festival either, but I asked the director about his involvement. Clay just rang him up and was lucky that the award-winning designer was available. The timing worked out because O’Connor was finishing Tulip Fever (2017). The 17th century seems to be a favorite of O’Connor’s, and it was easy for him to fit Fanny Lye in since there were only eight characters. 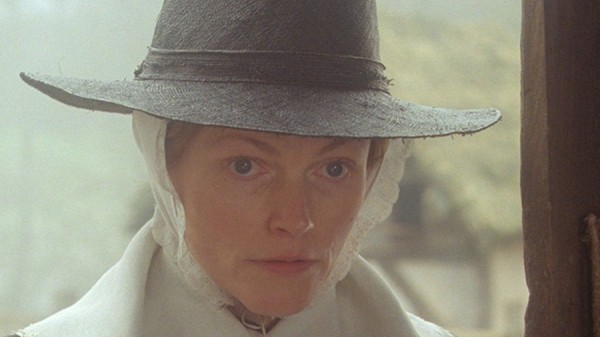 The cinematography is gorgeous and gives lovely shots of the fine buttons and hand-worked coif edges that make the outfits look realistic. My one costuming quibble is that the two visitors are supposed to be borrowing clothes from John and Fanny Lye, but the “borrowed” clothes fit perfectly fine (with the exception of one scene). It’s obvious that the people are different sizes, so that bit just isn’t realistic. 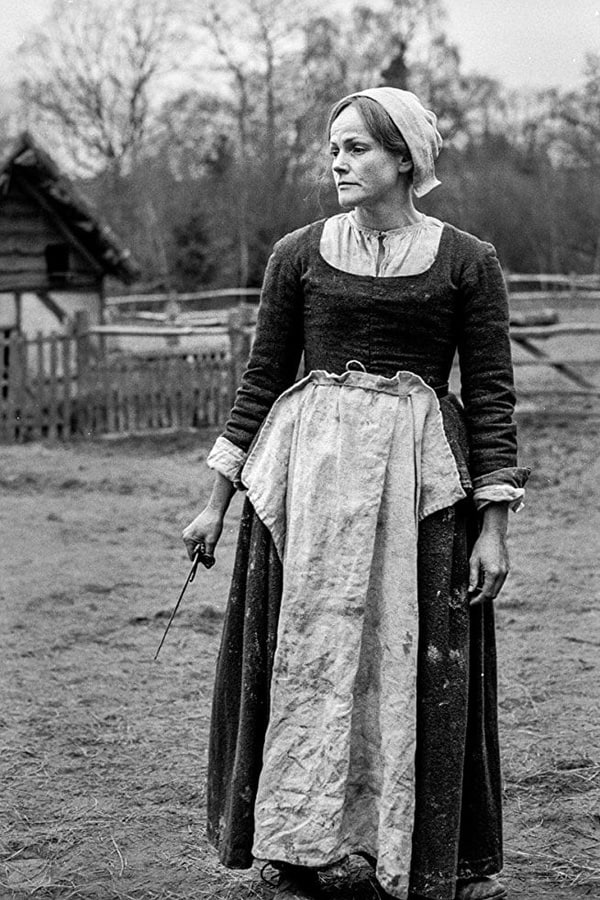 Given the rather obscure nature of the story, I doubt this will get a wide theatrical release in the U.S., but I can imagine it will hit streaming services sometime next year, so keep an eye out!