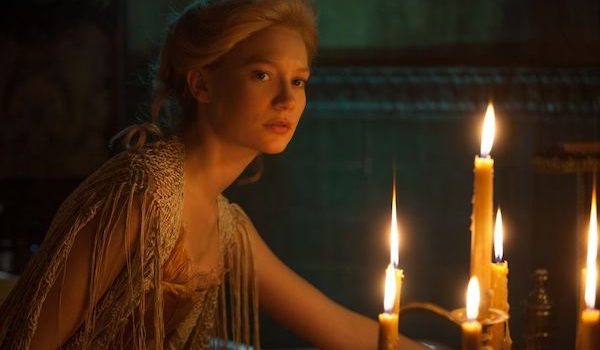 Here are all the upcoming historical costume movies and TV shows for fall and winter that 1) have a release date and 2) have a trailer! Unscheduled and further out productions can be found on our Upcoming Movies page.

A Royal Night Out – October

Princesses Elizabeth and Margaret on VE Day. In US theaters sometime in October.

“A group of inspirational women in a rural Cheshire community living in the shadow of World War II.” Airing on PBS.

Cate Blanchett as an older woman who falls in love with a younger woman in the 1950s.

Eddie Redmayne as a transgender artist in the 1920s.

Michael Fassbender and Marion Cotillard in the Shakespeare play.

In the Heart of the Sea – December 11

Which ones are you most excited about?