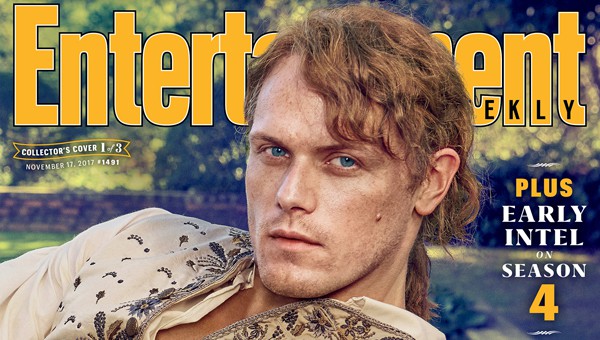 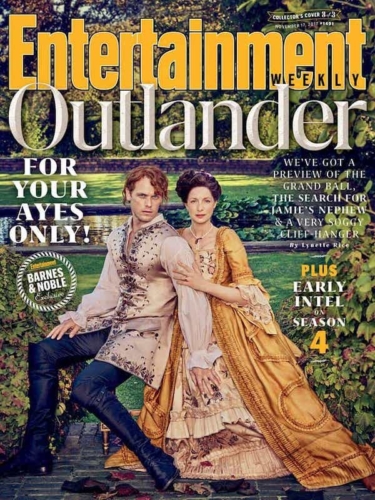 Like the last post I wrote concerning a previous Outlander cover, my problem with all of this has nothing to do with the costumes. Claire’s dress is fine (and it looks like she has the same problem I do when it comes to getting the robings to lie flat when pinned over the stomacher). I’m not even bothered by Claire’s weird, lopsided hairdo (though, I do wonder why the stylist thought it was a good idea). I even kind of like Jamie’s knee-high boots and satin breeches. He’s got fantastic legs, after all.

No, what offends me on a fundamental level is the horrendous post-processing done on this photograph. My digital illustration professor would have laughed me out of class if I’d tried to submit something like this as an assignment (and believe me, I submitted some truly questionable stuff that got me justifiably trounced during critique. I still have flash backs of a particularly brutal crit on an assignment involving the typeface Frutiger and a misguided use of cyan, almost 12 years later).

My graphic design professor, every assignment.

First, let’s address the fact that it looks like both Jamie and Claire are floating on nothing. If you get past the over-saturated tone to give your eyes a chance to figure out how to focus on any one thing in particular, you might actually notice that there’s some kind of bench leg barely noticeable under Jamie. You’re supposed to infer that both of them are sitting on it. Except, because of the awful saturation, the bench leg virtually matches with Claire’s dress, rendering it nearly invisible. 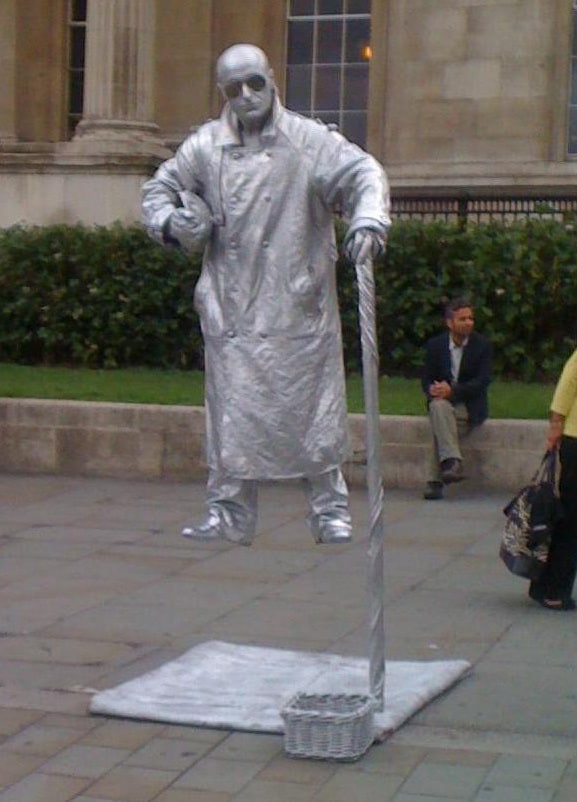 Seriously. This is some Trafalgar-Square-living-statue shit.

Next, there’s the over-saturation, which I can only imagine is some misguided attempt to boost the green of the grass and orange of Claire’s dress to make both “pop.” In fact, this is a great example of what not to do when you’re trying to tweak the saturation in a photo. While, yes, orange and green are a nice combo, the intensity of the hues here are too similar. The end result is that the eye has a hard time figuring out which of the two colors to focus on, creating a visual “vibration” that isn’t exactly pleasant.

Then we have the fact that, thanks to the graphic designer going crazy with the saturation, any shadows in the folds of Claire’s gown that might indicate her seated position on the (nearly) invisible bench are no longer discernible, plus the overall flattening effect of the vibrancy, it makes Claire look like she’s standing next to the seated Jamie, and she’s about 4-feet tall. Seriously. Just look at the image and tell me that it doesn’t look utterly ridiculous. (Fun fact: I am, in fact, very short myself and I try REALLY HARD to avoid this effect in every photo taken of me standing next to anyone of average, or taller, stature. I might be a little sensitive about this one.) 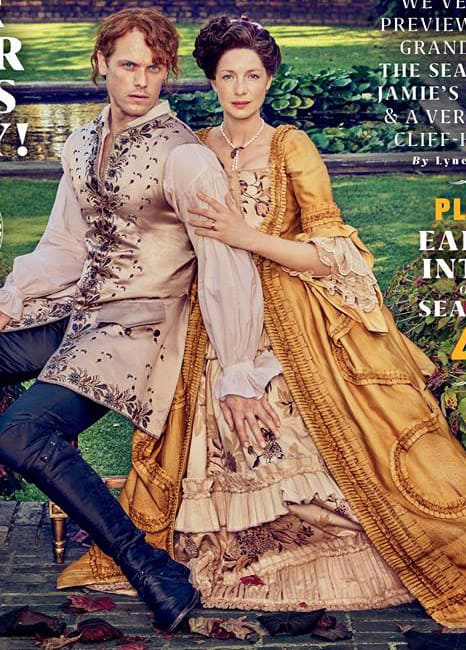 This gets more ridiculous the longer I look at it.

Even his hand on what I presume is supposed to be her knee doesn’t help the situation. In fact, it looks like he’s just extending his hand in front of her dress. Or, as Kendra said when she posted this photo on Facebook, it looks distressingly like he’s indicating “DIS MY BEAVER.”

Editor’s Note: There are actually two other versions of this EW cover, one featuring Jamie solo, one with Claire. To wit… 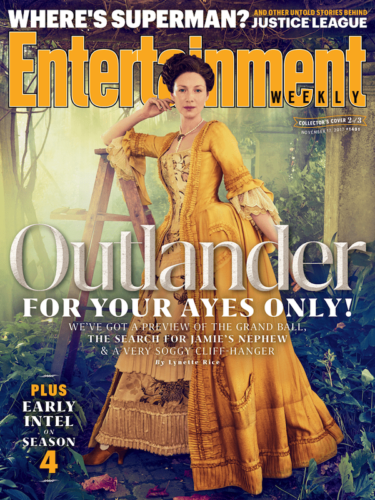 All the better for us to make another point…

Kendra here. I’m taking over Sarah’s entertaining post to FREAK THE FUCK OUT ABOUT CLAIRE’S HAIR. 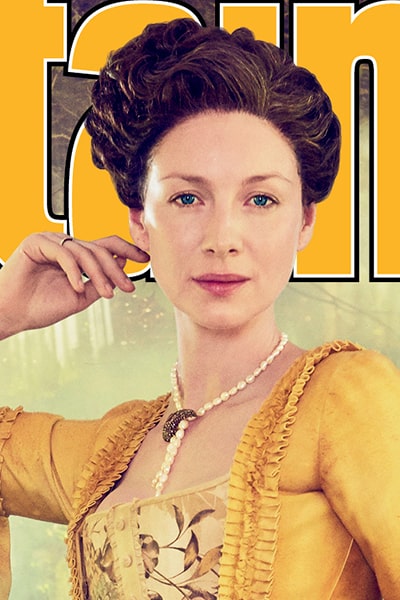 Now, I will give everyone the benefit of the doubt and assume a non-show-attached stylist did this hairstyle.

*Credit to friend and reader Julia Petrov for this joke. It was too good not to steal.

This is what English women’s hair looked like in 1766: 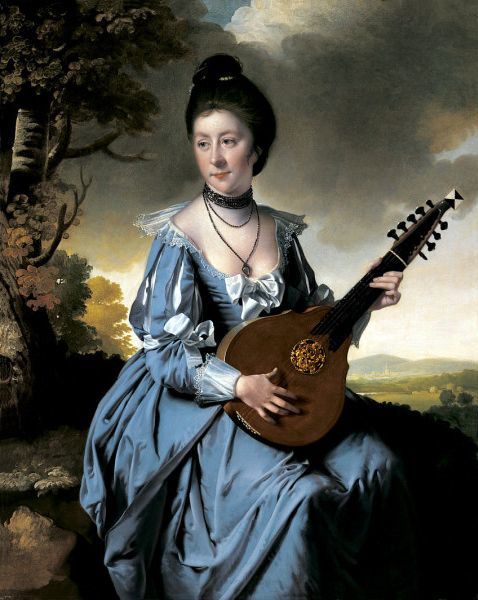 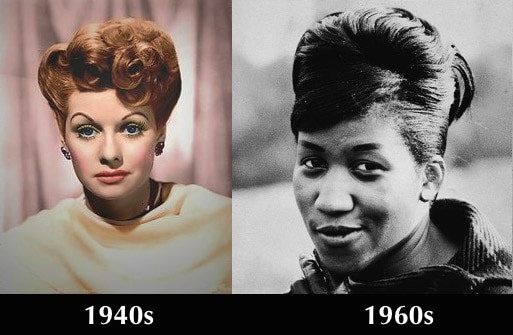 Okay, I will now go shake my fist in impotent rage some more.

This girl gets me.

Are you more outraged by the bad magazine design or do you have issues with the hair or something else?