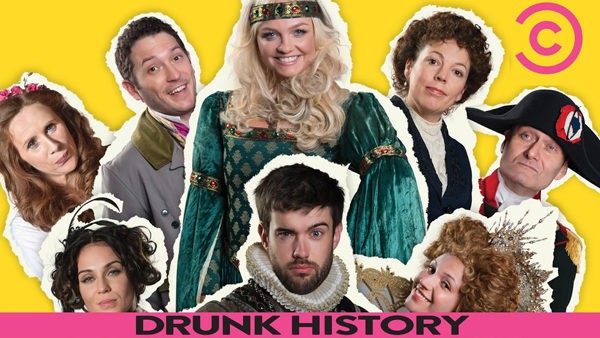 You know how much we love Drunk History on Comedy Central, right? I mean, really, we’re pretty jealous we a) didn’t come up with the idea, and b) haven’t been asked to guest star or help out or something. The only other minor complaint we have about it is that the series is all about American history, which starts a mere 200-some-odd years ago, and you just don’t get a huge variety in the way of costumes (not that the show does super-accurate costumes anyway).

Well, imagine how happy I was to find a treasure trove of Comedy Central UK’s episodes of Drunk History UK on YouTube! Like, most all of the two seasons from 2014-2016! We get soused renditions of everything from the Great Fire of London 1666 to Florence Nightingale to Richard III and so much more. 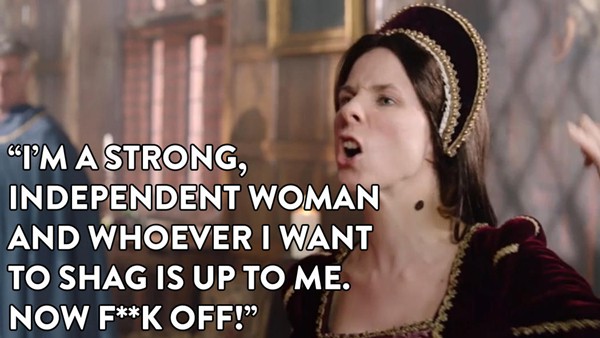 I’m thrilled to say that the costumes are pretty fantastic — obviously, they just borrowed from a ton of British historical dramas (hello Cosprop and Angels!), but they also got the hair and makeup done, plus they often filmed in period-esque settings. So the history re-tellings tend to look really, really good. There’s a few random stretch velvet gowns and questionable headgear thrown in on occasional episodes, but I’d say 80%  looks spot-on historical, compared with the vaguely kinda sorta ye olde timey costumes of the American Drunk History.

My only complaint is that the drunk part isn’t drunk enough. Sure, an episode will start by saying how many cocktails the narrator imbibed, but it’s less funny when the person can actually hold their liquor. These folks show very little slurring of words or belching / hiccuping, no vomiting or needing to piss, and most of the narrations are read in a very straightforward matter. These histories sound more like cheeky, swear-filled Cliff Notes or reduced histories than the rollicking, free-wheeling, pop-culture-riffing, crazy, sloppy-sounding-yet-factual histories of the original Drunk History. C’mon, what’s funny about Drunk History is the DRUNK part, people! 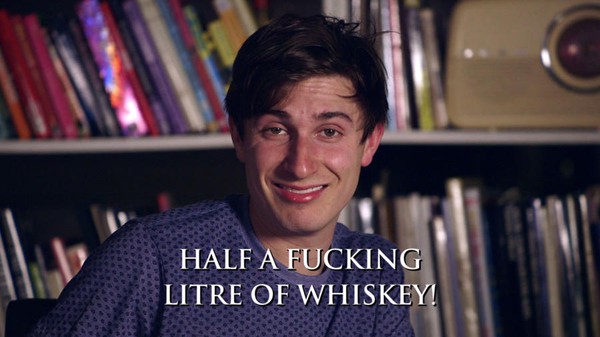 British comedian Tom Rosenthal has had a few. But the voiceover sounds too polished — I suspect he was sober when saying it. *sadface*

Of course, you can judge for yourself, as long as the vids are still online (and check out the original American version on Comedy Central’s website)…