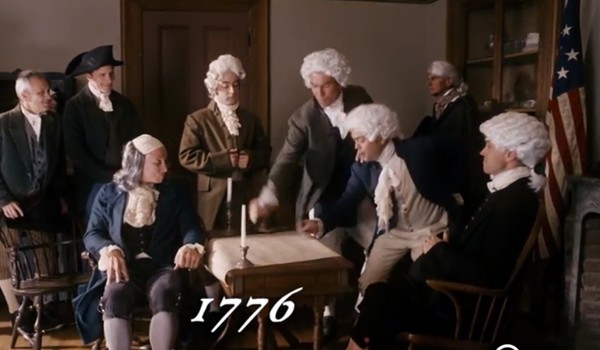 If you’ve listened to the Frock Flicks podcasts (or met any of us), you might have figured out that we enjoy a cocktail (or two) while discussing historical costumes and the movies. So when I stumbled across Drunk History, my first reaction was OMFG WHY DIDN’T WE THINK OF THIS FIRST? and then, when I finally watched it on Comedy Central, my next reaction was OMFG THIS IS HILARIOUS. Which did not negate the first reaction, but at least I was satisfied that they didn’t fuck it up, and we wouldn’t have to go on a crusade to fix it. 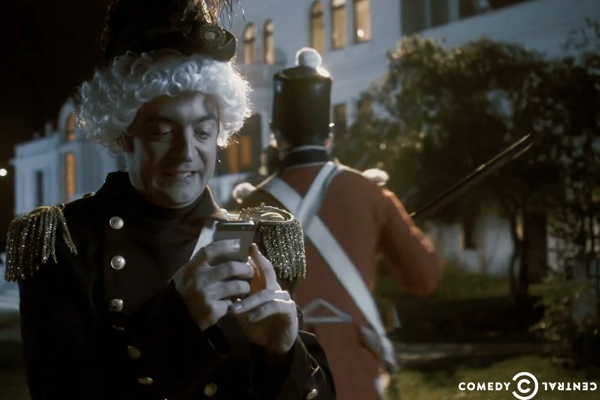 Instagramming the burning of Washington D.C. during the War of 1812, as you do.

Now, the history (when it’s not interrupted by the narrator getting the munchies or taking selfies ‘n shit) is actually really good. It’s all true, and it’s usually more accurate and detailed than, say, an average Wikipedia entry on the topic. For example, in the “First Ladies” episode, Drunk History gives a more full picture of Frances Cleveland, wife of U.S. President Grover Cleveland, and her charitable works, which Wikipedians ignore (but can be dug up elsewhere on the net). The series also has some super-funny cameos by big-name actors in the recreations, like Courtney Cox as Edith Wilson (wife of U.S. President Woodrow Wilson) and Winona Ryder as Peggy Shippen Arnold (Benedict Arnold’s wife). You’ll also find Jack Black, John Lithgow, and others. For that matter, there’s a U.K. version that started in early 2015, but I haven’t seen it yet. 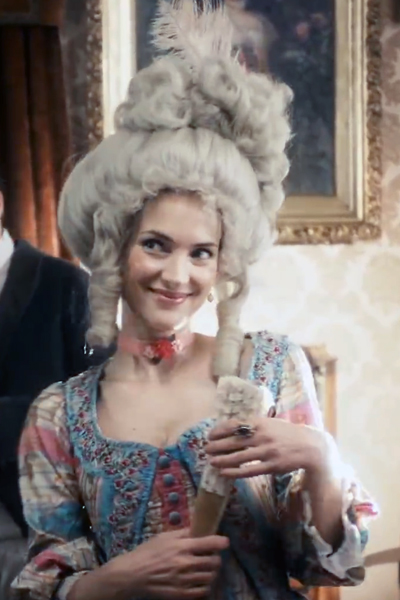 Winona Ryder, playing to her strengths. 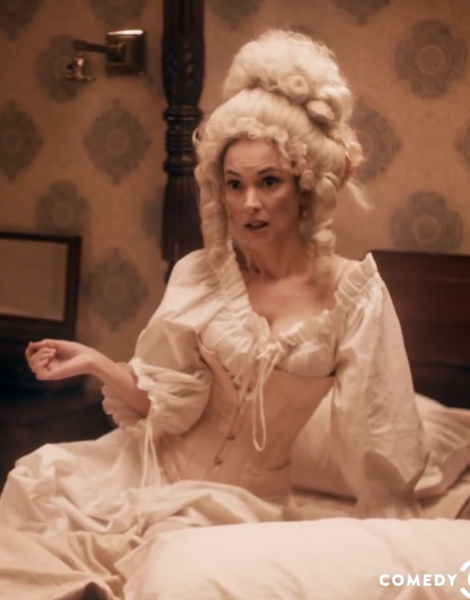 Ok, this scene. Really funny dialog (“I love being a spy!”), but yes, everything she’s wearing is absolutely wrong for the period and just in general.

The costumes, well, they aren’t as awful as you’d expect. In general, they’re sufficient to set the scene. Hell, they’re a lot better than some of the supposed historical costume TV series out right now, like Da Vinci’s Demons or Salem (geezuz, stuff that’s passing for drama these days, UGH). This series does have a costume designer credited — Christina Mongini, whose other significant work was designer for Curb Your Enthusiasm, so nothing historical.  Of course, I’m sure it helps that each episode has a small-ish cast, so it’s easy enough to rent a dozen costumes of the right period. Which Mongini and her team got right! Mostly!

Really, it’s a comedy with a low bar, and the fact that the historical parts generally look OK is impressive to me. They look historical enough to provide cognitive dissonance for the modern lip-syncing and acting. 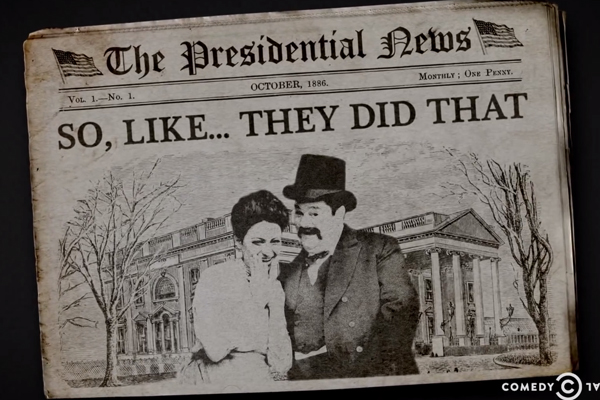 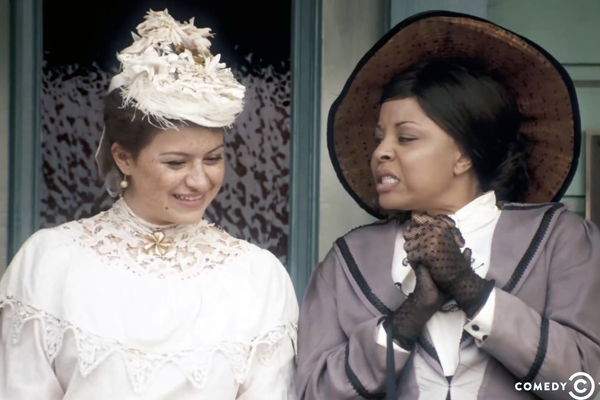 However, the wigs are purposefully tragic. It’s supposed to be funny, I guess. For every era, they use really crappy, cheesy costume wigs and just plop them on an actor’s head. Sometimes, they put wigs on an actor when it’s not needed for the period. To be funnier? Also, hipster glasses on random background people — I guess it’s ironic. Whatevs. The dialog is good enough, this stuff isn’t necessary to me, but y’know, we didn’t think of this first. 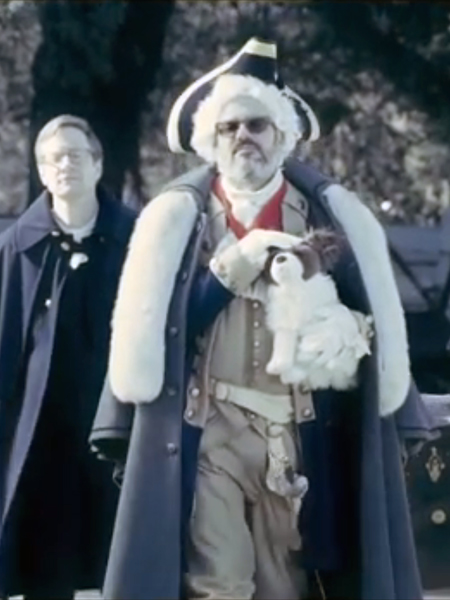