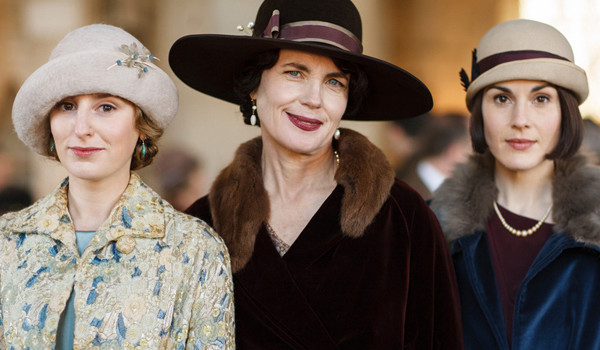 AMERICANS: DO NOT READ IF YOU DO NOT WANT TO BE SPOILED BEFORE THE U.S. PREMIERE OF DOWNTON ABBEY‘S FINAL SEASON ON PBS IN JANUARY 2016!

Everyone dies, the end.

I haven’t watched it! I’ve just been stalking Twitter and various recap websites because why the hell not? I’m not letting an ocean’s width keep me from knowing all the dirt three months later than necessary. Also, pictures are EVERYWHERE online. So I’m wrapping up the best stuff I’ve found and putting it right here for fellow ‘Mericans who needs themselves an Abbey fix.

And really, this is just about the sixth season, which wrapped up in the UK on November 8. The very last episode, the traditional Christmas episode, will air on December 25, 2015, in Britain, and who knows what wild and crazy stuff will happen then. Yes, everyone could die! The house could burn down! The Dowager Countess could unzip her skin suit and reveal herself to be a Zygon! Until then, let’s recap… 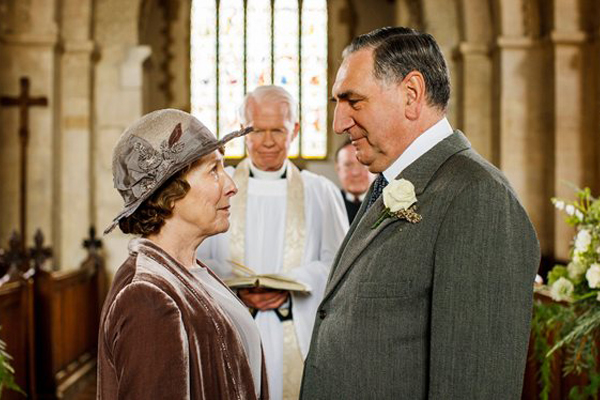 Not the grandest of all Downton Abbey weddings — the bride doesn’t wear white, but it sounds like she’s a virgin (or at least she’s nervous about the wedding night, awkward scene alert). Still, the senior lovebirds get a nice little party in episode three. 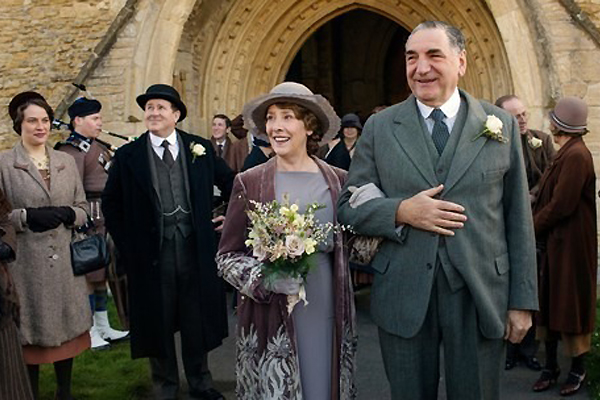 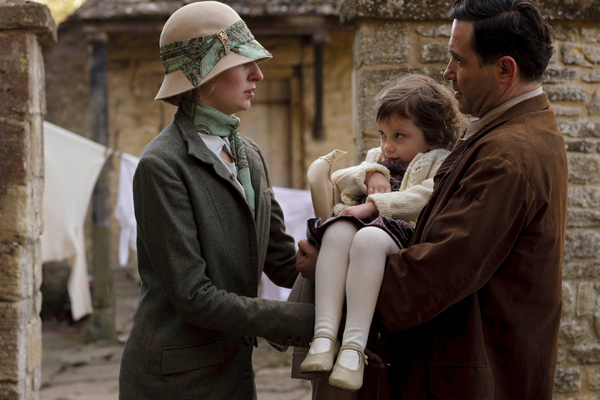 Good god girl get a grip! Or will the screenwriter give her a break? Hard to tell. Among other woes, Edith’s secretly-her-own adopted child gets stolen back by the previous adoptive mother. Of course, Edith gets the kid back, and the other women has to leave town — because landed gentry always get their way, right? Then Edith gets a marriage proposal, from a frickin’ MARQUESS, but the niggling factoid of her out-of-wedlock kiddo messes things up. Or does it? Gotta wait till the Christmas special to see how that turns out. 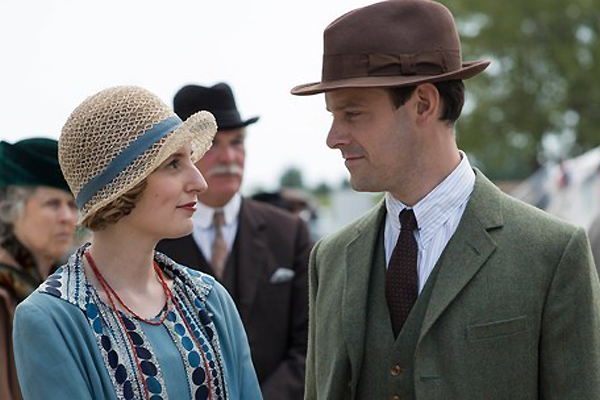 A closet full of skeletons and fabulous ’20s prints. 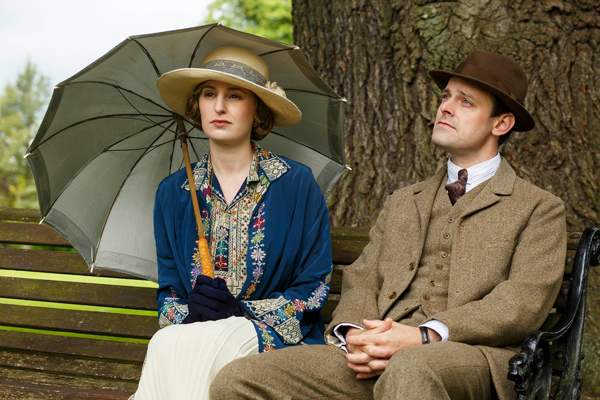 Act surprised! Of course he was coming back to Downton Abbey with Sybbie. It’s the final season, sheesh. 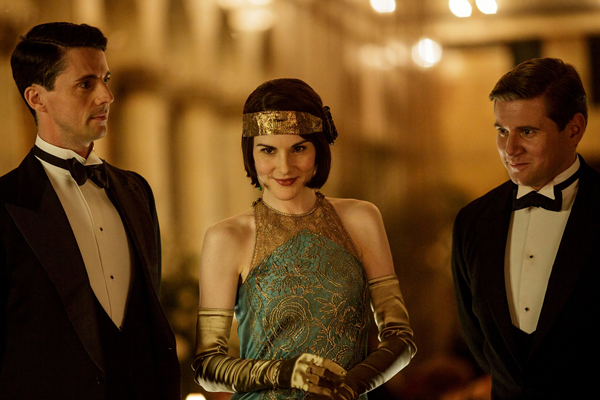 Anna and Bates Have a Baby … Maybe 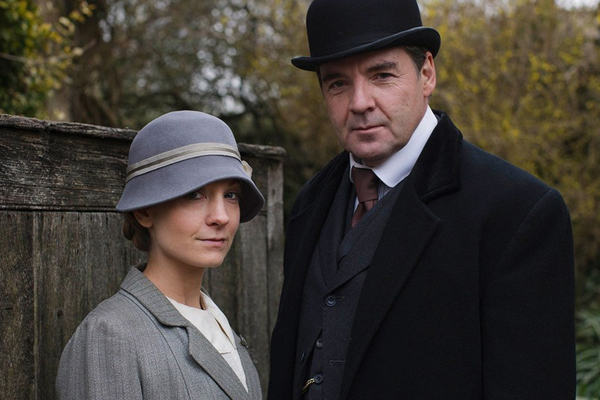 At least there’s a possibility. Anna has a few miscarriages, and because this couple isn’t allowed to enjoy any happiness, the fate of the latest pregnancy is up in the air towards the end of the season. 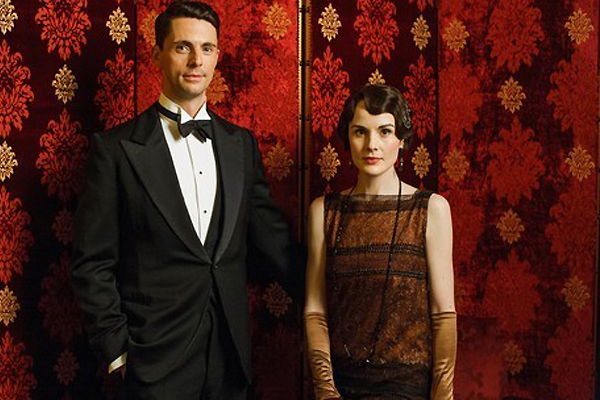 Yawn. She jumps beds more often than the Dowager Countess drops snarky witticisms. Lady Mary’s final-until-the-movie conquest is that guy with the sports car she flirted with at the end of season five (shocking! not). After obligatory BS, they get married in a quickie ceremony in the episode before the finale. Blah blah blah, I’m so done with her shenanigans. 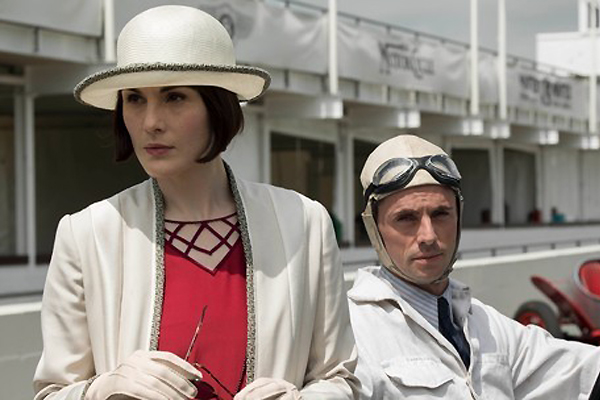 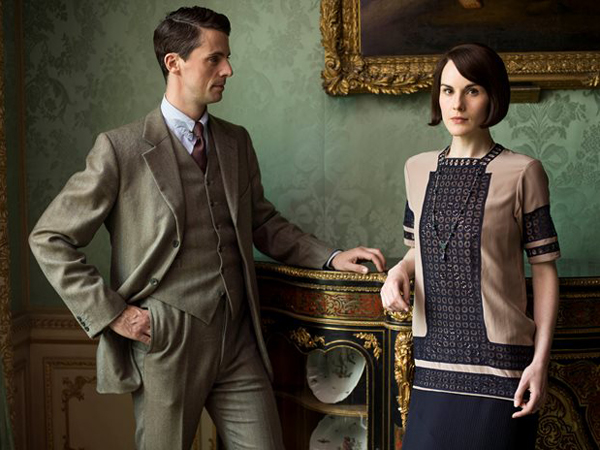 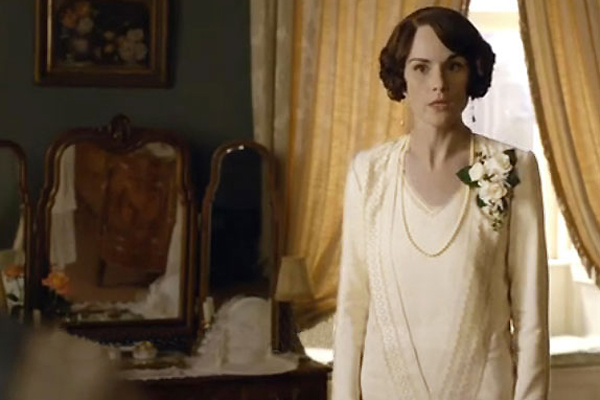 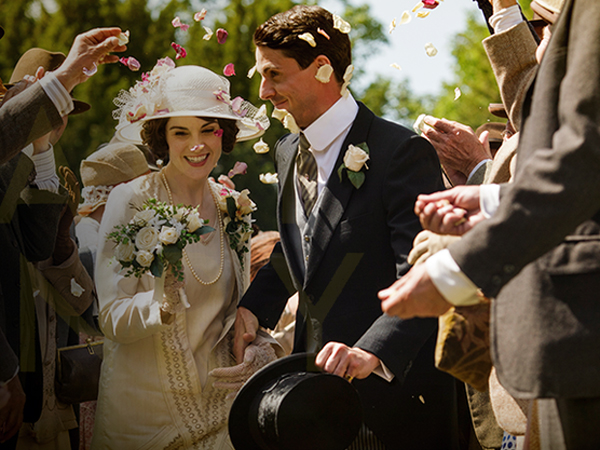 What do we really care about? The clothes! Doesn’t look like we get another London dress show or a London season, and both weddings were lackluster on the fashion front. We get a lot more very spiffy 1920s sportswear, especially on Edith — she gets shat upon by the storyline but gets the most interesting clothes, so maybe it evens out. As she continues to work more with her newspaper and visit London, she wears a lot of smart “office” style outfits. Edith really rocks this look, especially compared to Mary who is given downright prissy period sportswear. 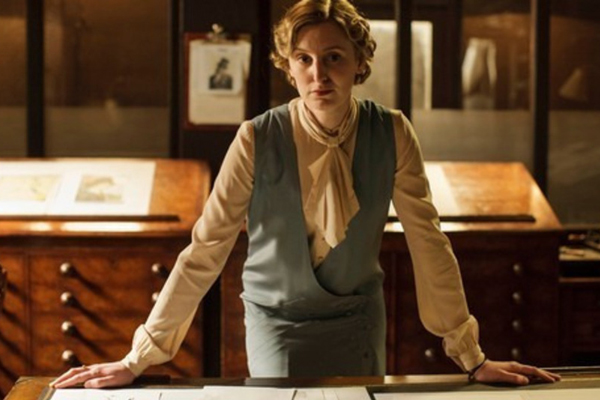 Lady Edith gets down to business in London. 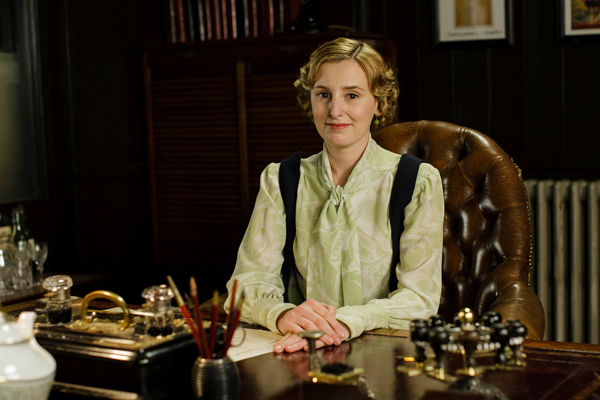 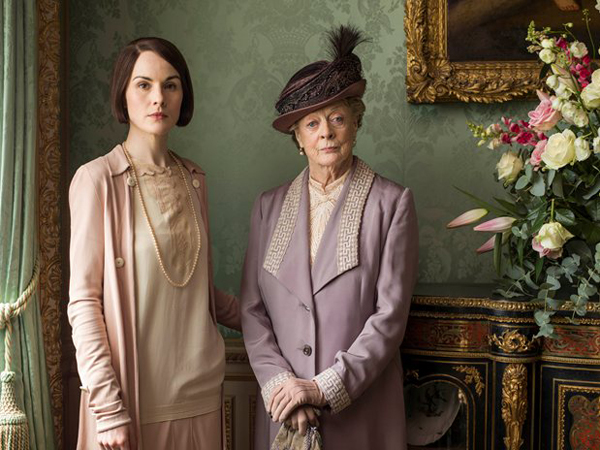 In the words of Project Runway, it looks a bit mumsy. 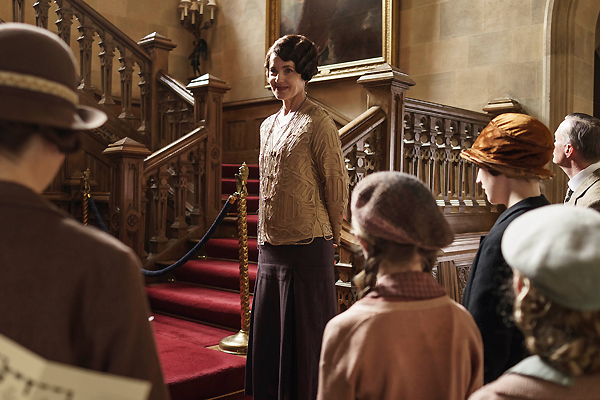 But Cora’s casual wear is much more on trend (even if she has to lead tourists around the Abbey). 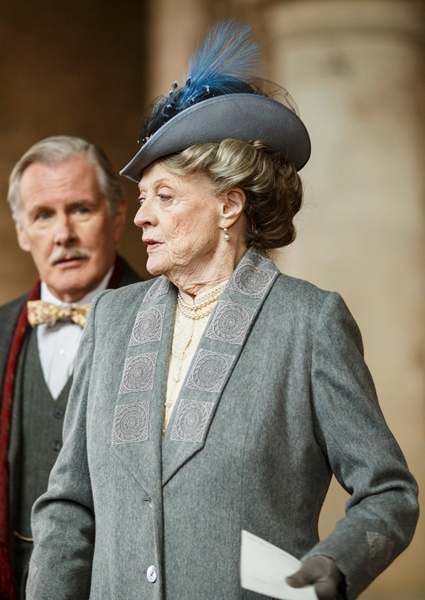 This might be the most modern thing the Dowager Countess has ever worn. 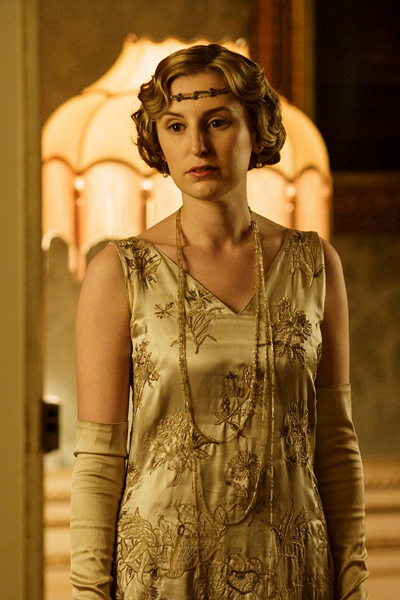 Spectacular embroidery, or ‘just another dinner at Downton.’ We’re gonna miss that.

Everything else looks much the same. Lots of sparkly gowns and gobs of jewelry for dinner and evening events and tweeds for walking around the estate. The servants get a few more outfits to wear other than their Abbey uniforms, because they all seem to be getting post-Downton jobs. 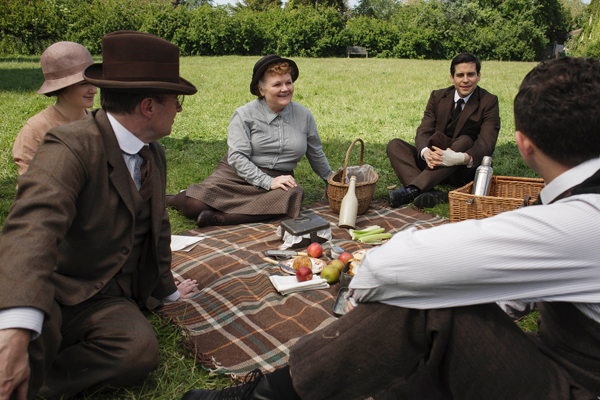 Will there be a big Downton Abbey costume showstopper this year? We’ve still got the Christmas special, and, so far, all we know is that Lady Rose will be back. Have you heard anything else? Share in the comments! 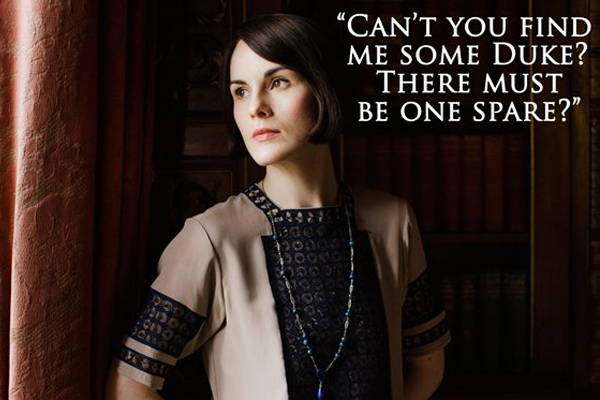 Wah wah wah, my life is so hard, I’m terribly rich & have so many choices. 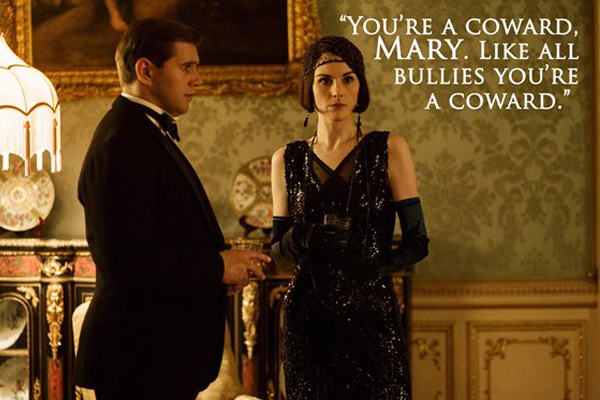 Branson takes Mary down a peg. 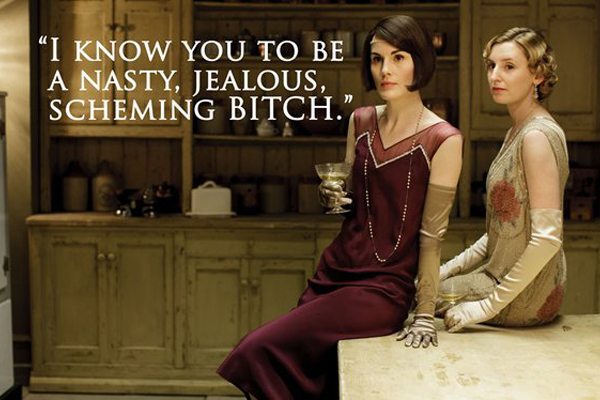 Edith finally tells her sister off!

What Downton Abbey season 6 spoilers are you excited about?