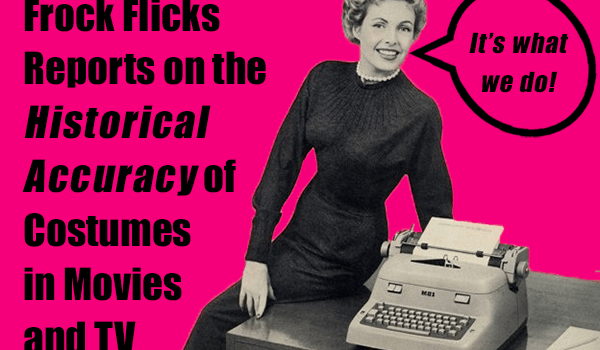 Apparently, it’s not obvious what we do here at Frock Flicks. Because invariably, people stumble across one of our articles and are outraged that we dare critique historical costumes in movies and TV. The offended can be viewers and fans who enjoy a particular piece of media — it’s just entertainment!, they cry (to which we’ve responded, we are aware). Or they can be movie/TV professionals, including costume designers and makers of all sorts, who tell us of all the constraints their under (to which we’ve responded, we understand). Yes, we’ve been warned, we’ve been given explanations, and yet, we persist!

Want to know why? Because of reviews like this one in Variety from May 4, 2017: ‘The White Princess’ Costumes, Production Design Capture Look of Historical Courts.  With gems like this:

“Costume designer Phoebe De Gaye echoes the need to depict the transitional period between medieval and Tudor England, adding, ‘The goal was to make it feel like it’s an authentic and coherent world.'” 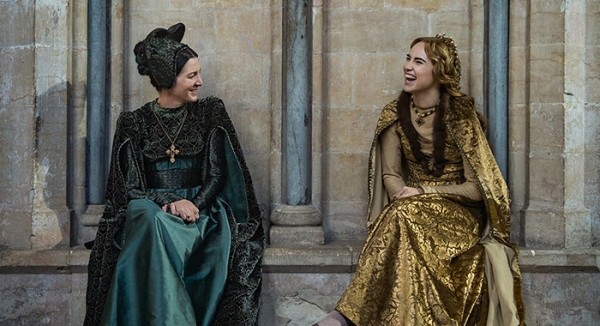 ‘Authentic and coherent,’ sure!

“De Gaye studied paintings of the period, noting that portraits were hyperrealistic, giving her insight into the richness of fabrics and textures. ‘You really need a lot of texture with HD images; if you don’t have that, it all fades away on-screen,’ she says.” 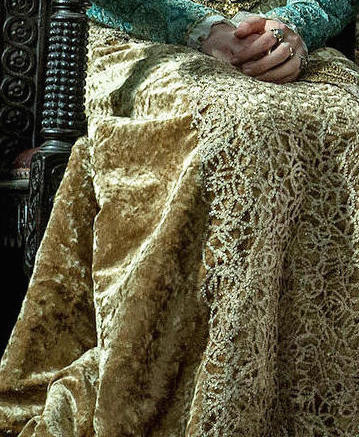 “The court of Burgundy in France, which plays a big part in the politics of Henry’s England, has a very different look from Henry’s court. ‘Burgundy was a place of courtly love, a sensuous place,’ says De Gaye. So the men and women there wear brighter colors. Outdoor shots feature sunny gardens.'” 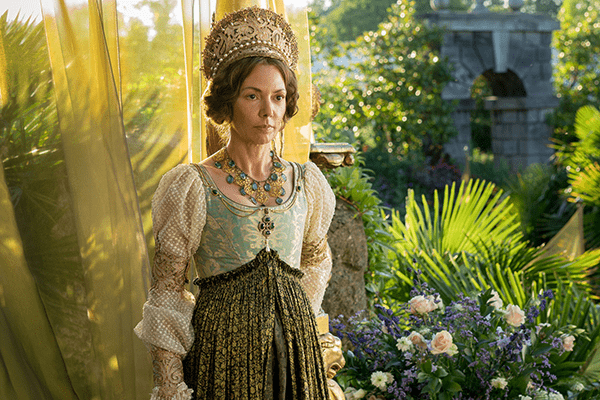 Of course, the gardens, that’s totally it.

This was a generic interview with the costume designer and the production designer of the TV series, and the reporter makes a lot of assumptions that ranged from simplistic to patently wrong. Could she have cracked open a Wikipedia page and skimmed a few historical portraits? Maybe. I’m guessing she just relied on Starz’ press kit because she was on a deadline. Hey, I’ve been there (especially when working on technical topics, I’m not too proud to admit it). So I’m not snarking the reporter specifically. Or even just The White Princess, because it’s happened with other shows, on this blog and on social media.

What I am saying is that there is a legitimate place in journalism for accuracy in reporting, and that includes reporters with some depth in the subject matter on which they are writing. I’ve worked in newsrooms throughout the course of my career, and typically reporters have beats — someone specializes in politics, someone else specializes in entertainment, another person specializes in sports. Obviously, historical costume is pretty fucking specialized, so I don’t expect many publications to have a writer who knows anything about it. But WE do.

Each of us has spent years studying and making historical costumes, including professional and academic work. We’re also trained researchers, in a mix of academic and journalistic disciplines. While we don’t know everything (who does?), we do know a hell of a lot more than the average random reporter when we compare what’s in a movie/TV show to the current research on what was worn in a certain period. Frock Flicks fills a big fat journalistic void, thankyouverymuch. And, as we’ve said before, sometimes we critique film costumes with a heaping helping of snark, because Bitchy Is Our Brand™.

So when fans of a movie or people who work on a TV show get huffy that we’re critiquing the costumes, please remember that this is our beat. We’re making up for all the weaksauce media reporting on historical costume out there. When the latest historical costume movie comes out and Generic Movie Critic is easily impressed by the “lush costumes,” sorry, they don’t know jack. They can’t tell a farthingale from a française, and they think all corsets look the same.

Really, if a sports reporter can geek out on shit like how one guy pitches within 2 minutes of every baseball game, then we can obsess about why women should be pinning their hair up in historical movies and TV shows. #SorryNotSorry