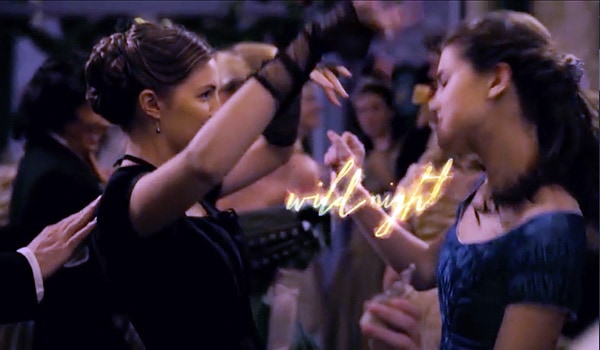 So this trailer for the Apple TV series Dickinson (2019) dropped recently, and I can’t get it out of my head…

This purported comedy intends to “explore the constraints of society, gender and family from the perspective of the rebellious young poet, Emily Dickinson” and while set in Dickinson’s era the show has “a modern sensibility and tone.” Uh-huh.

On the one hand, yes, it’s horrifying on a historical accuracy level. But on the other hand, it’s Emily Dickinson getting sexed up which is pretty much the least likely thing this English major ever thought she’d see happen — AND THE SECOND TIME IN ONE YEAR — and that’s pretty fucking cool. YAY POETRY NERDS, WE ROCK!!! 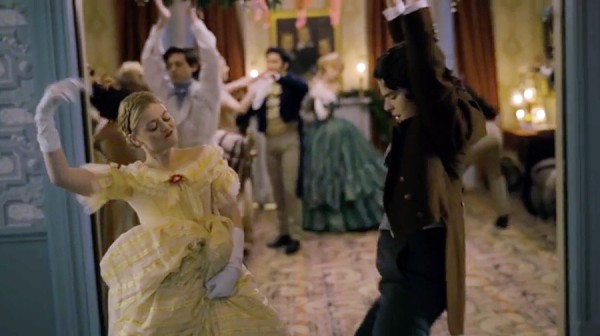 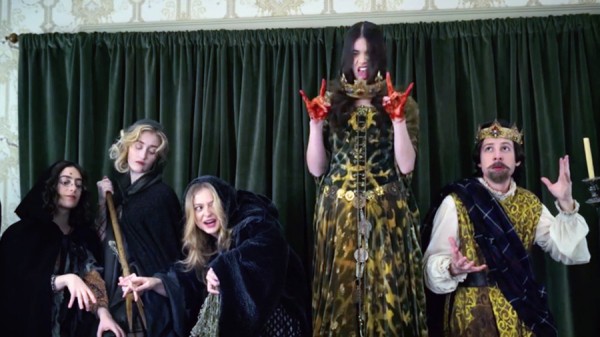 I’m guessing this is a theatrical presentation, but still, really? 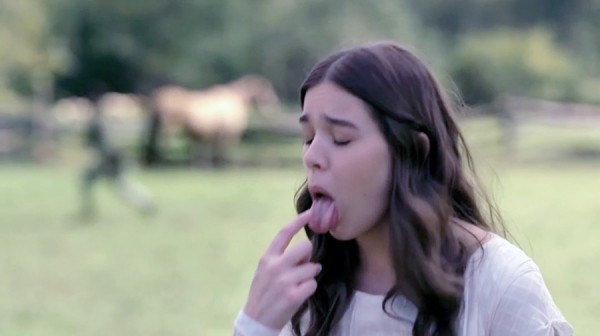 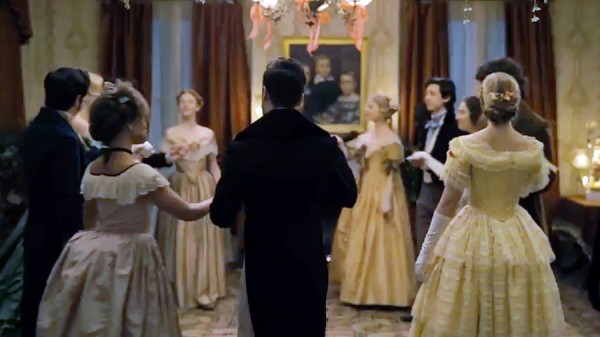 I like that the costuming appears to be better than Wild Nights With Emily (2019). OK, that’s a low bar, but hey, it’s my list!

I’m hoping the cig is a behind-the-scenes thing — but the dress is perfectly period! Look, there’s even proper shoes & hair.

However, this red poly satin prom vampire wanna-be thing irritates the fuck out of me. The dresses in the dancing scene look much better. PRO? 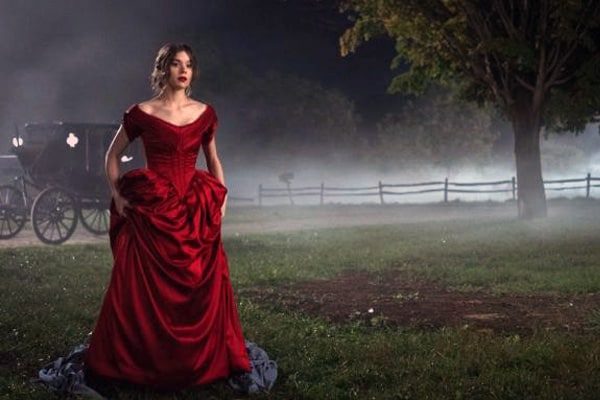 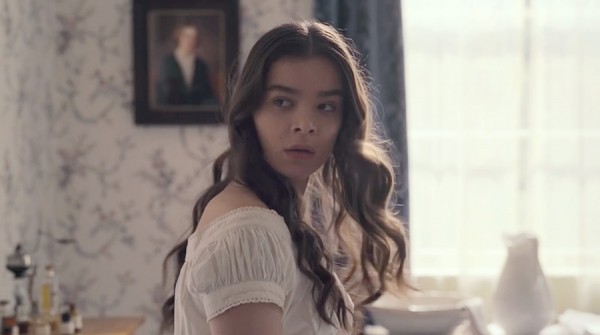 OK, hear me out — y’all want to scream “somebody needs some hairpins,” but let’s review what scenes Emily has her hair loose and notice when she does have her hair pinned up. First pic, she’s in a chemise in her bedroom, so NBD for her hair to be down. 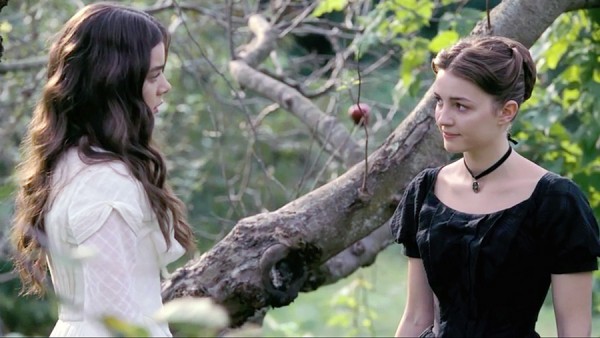 Here, she’s contrasted with Sue, so maybe it’s a plot point? Also, Emily is wearing the same white dress as the behind-the-scenes pic above, so maybe her hair started up? 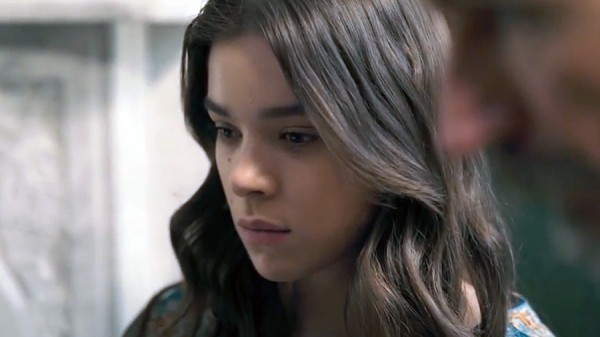 This one just looks like a daytime dress, so yeah, needs some hairpins. 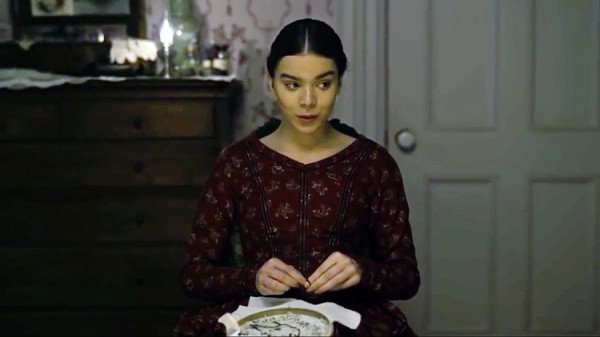 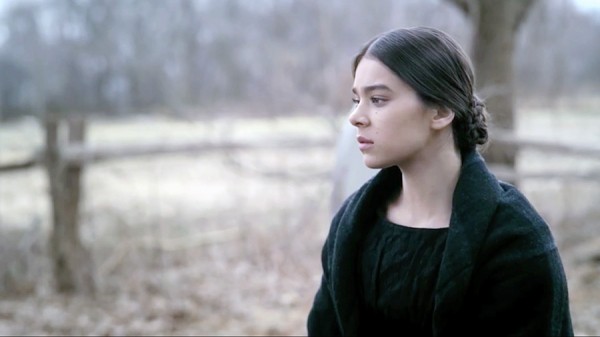 Being moody outside, hair also up! 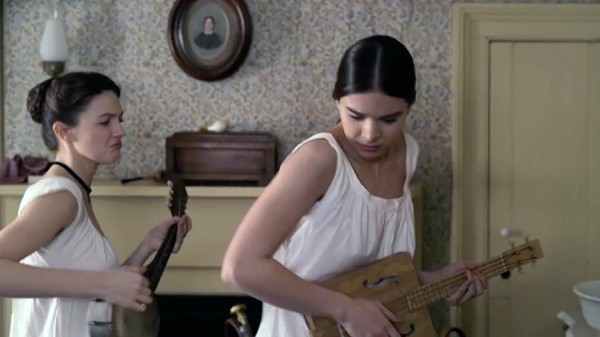 Rocking out with your BFF, in your undies, hey — still with your hair up!

Is the hair actually a PRO? 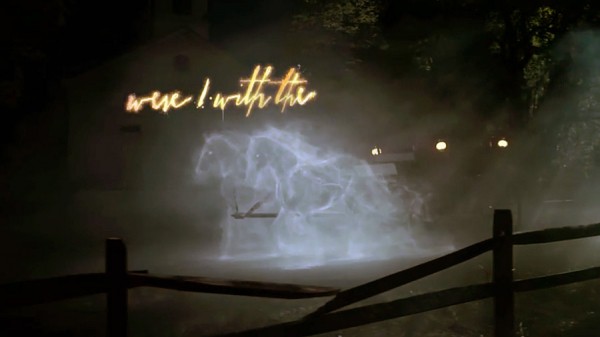 The trailer leans heavily on “Wild Nights,” which doesn’t seems smart to me, given that Wild Nights With Emily just came out and would appeal to the exact same audience. Dickinson wrote about 1,800 poems, so there were plenty of others to choose from! The trailer shows Emily writing and speaking her poetry, as well as the poems coming to life, which is an obvious lit-bio trope, but I like it. PRO. 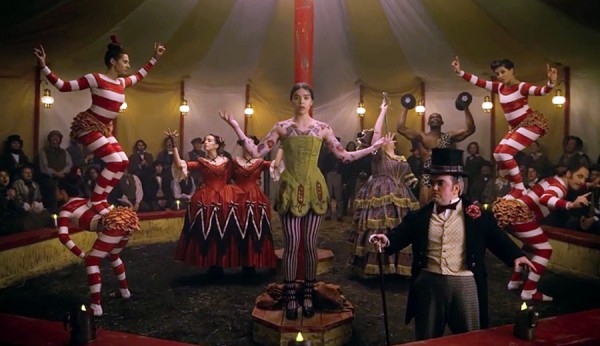 It’s a stretch, but maybe this scene is in reference to Dickinson’s poem: “I’ve known a Heaven, like a Tent.” 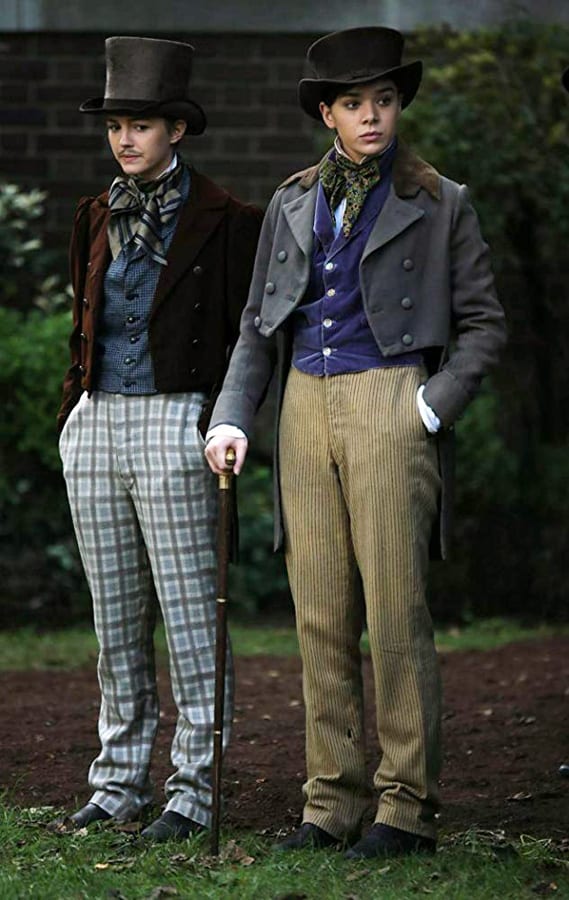 The Mary Sue really picked up on this via “lingering glances” between the female characters. Also, starring as Emily is young actress / pop star Hailee Steinfeld, who may not be queer, but she collaborated on MNEK’s LGBTQ anthem “Colour” and appears supportive of the queer community. Also, fuck yeah, cross-dressing Emily Dickinson! Nope, not historically accurate, but it’s like she walked out of my lit-nerd wet dreams. PRO

Guess I came out as 3.5 – 4 pro and only 1 big con. This is just based on a little trailer, so of course the series could suck. Guess I’ll have to pony up for an Apple TV subscription to see!

OK, let’s hear it — you’re more CON on Dickinson, aren’t you all?