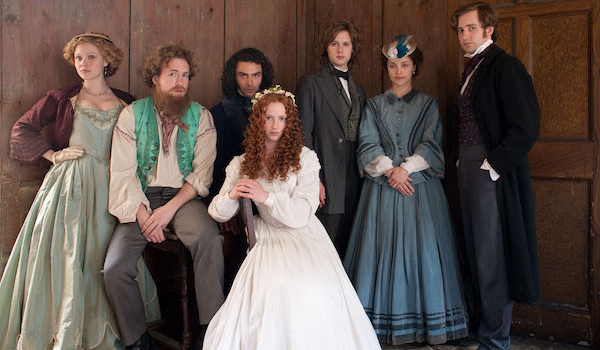 A BBC miniseries about Pre-Raphaelite painters Dante Gabriel Rossetti, William Holman Hunt, John Millais, and Elizabeth Siddal. It was surprisingly lighthearted for artists who were such downers. There’s a real mix between tragic romanticism and bawdy romps through mid-Victorian London. It felt very “light” — as in, not a serious Film. Overall the costuming was nicely done, with the leads wearing appropriately “exotic” costumes, although I question whether Elizabeth Siddal spent her entire life with her hair down, and whether prostitute-trying-to-be-respectable Annie Miller would have cleavage down to there when she’s trying to be taken for middle class.