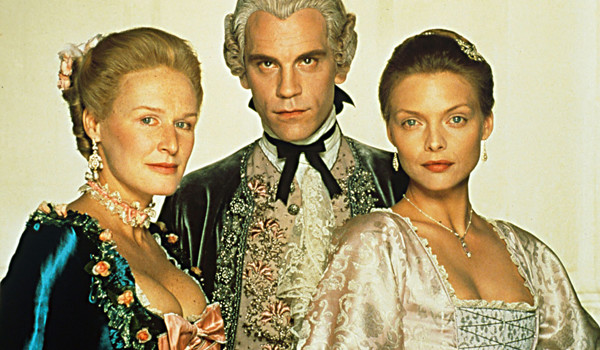 We take on the modern classic of 18th-century historical costume film, Dangerous Liaisons, starring the wickedly good Glenn Close as a marquise out for retribution and a disturbingly sexy John Malkovich as a vicomte who’s happy to help in her amoral escapades. James Acheson won a well-deserved Best Costume Oscar for this film, even though he made these exquisite 18th-century costumes on a tight budget (the film only cost $14 million, comparable to an average non-historical costume film of the 1980s).

You can listen to us admire Dangerous Liaisons costumes online below or on iTunes.