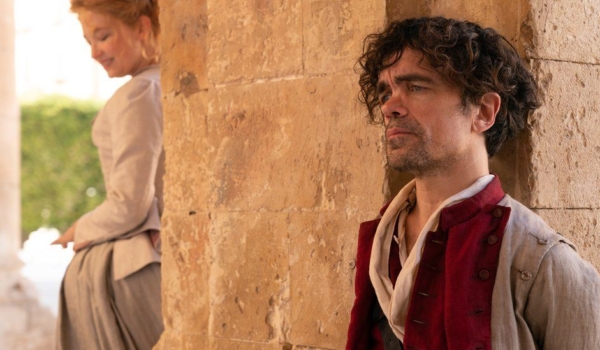 I have a confession to make: my kink is unrequited love stories. I can’t get enough of them. The sadder and more tragic, the better. And the most achingly beautiful of all unrequited love stories is Edmond Rostand’s 1897 play, Cyrano de Bergerac. Nothing comes near it for sheer poetic, painful yearning. So, when I heard that there was going to be a reboot of Cyrano, and this one was going to star Peter Dinklage as the lovelorn namesake of the story, I was completely sold. Turns out that this is actually the film version of a musical adaptation written by Erica Schmidt, in which a number of the original actors from the stage musical are reprising their roles. It was directed by Joe Wright, who is well known for his historical flicks featuring Kiera Knightly, such as Pride & Prejudice (2005), Atonement (2007), and Anna Karenina (2012). 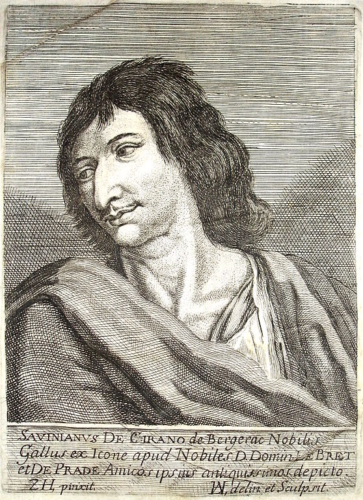 Engraving of the historical Cyrano.

The original play (and all the subsequent film adaptations) is loosely based on the life of 17th-century French nobleman, Savinien de Cyrano de Bergerac. Cyrano is a brilliant warrior poet, the sort of character that has “leading man” written all over him, until it’s pointed out, cruelly and unambiguously, that his comically large nose makes him the target of every mean-spirited half-wit who thinks they can score points by making fun of him. This bullying, evident since he was a child, has crafted in Cyrano a finely honed wit, while his martial training and superior intellect has gotten him far in life as a celebrated duelist.

By all means, fuck around and find out.

He also is hopelessly in love with a noblewoman, Roxane (the spelling differs between the original play and this film, fyi), who loves him only as a friend while yearning for the conventionally attractive Christian, a fellow soldier in Cyrano’s regiment. Christian’s limited intellect is not quite up to the task of wooing Roxane, so Cyrano offers to step in and be the words behind Christian’s handsome façade. Cyrano initially sees this as ideal for everyone involved, until his words work too well, and Roxane and Christian fall in love, and he realizes what hell he hath wrought on himself.

It is deliciously painful to watch unfold.

The difference in this Cyrano adaptation is obvious right from the start, but the themes stay true to the original source material. Instead of a big nose, Cyrano is a little person. Peter Dinklage, while undeniably more conventionally attractive than Cyrano ought to be, nonetheless is a great choice to subtly underscore the original themes of the play. His size is a bigger problem than a large nose, and it drives home a lot of presumptions about masculinity that persist even today. While Dinklage’s Cyrano is clearly physically up to the task of besting anyone in a duel who dares cross him, he is still seen as a freak of nature, or worse, a comical parody of what a virile man should look like and therefore he is dismissed out of hand as a viable suitor to his beloved Roxanne (Haley Bennett). This Cyrano has far more to overcome with the body he was born with than just a comically large nose. I am a devoted fan of Gérard Depardieu‘s Cyrano (my generation’s definitive Cyrano, natch), but Depardieu still comes across as too conventionally attractive. The big nose is just a conceit, not a physical handicap. With Dinklage in the title role, the character’s physical hurdles become obvious, hard to overlook, and you (almost) understand why Roxanne couldn’t get past her own prejudices to see Cyrano for the man who truly loved her until it was too late.

I really wish I could go into more detail about the film, but it doesn’t come out until December 31, 2021, in the U.S., so all we have to go on so far is the trailer:

A few things stand out about the costumes in the trailer, mainly that they appear to be more 18th century than the time period the play is originally set in, the 17th century. They were designed by Massimo Cantini Parrini, who best known to English-speaking audiences for his work on Tale of Tales (2015) and Ophelia (2018). 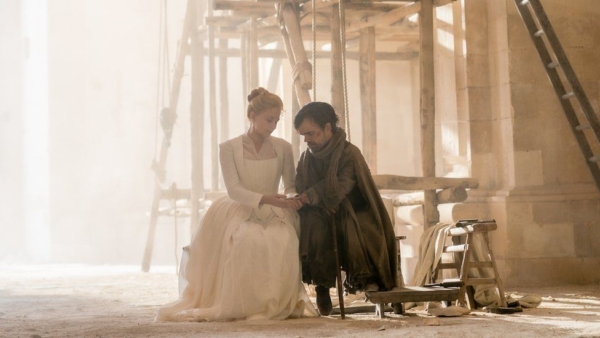 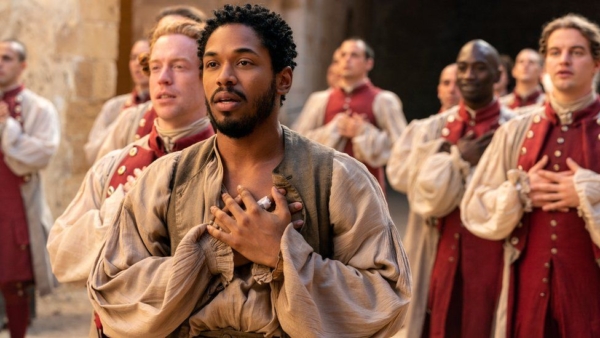 Kelvin Harrison Jr. plays the heartthrob Christian, who is nowhere near up to the task of wooing fair Roxanne without major help from Cyrano. 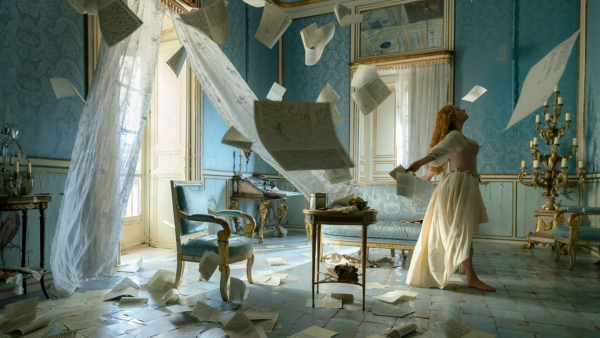 This film looks as if it will be very beautiful to watch. The scenes in the trailer are filled with emotion. 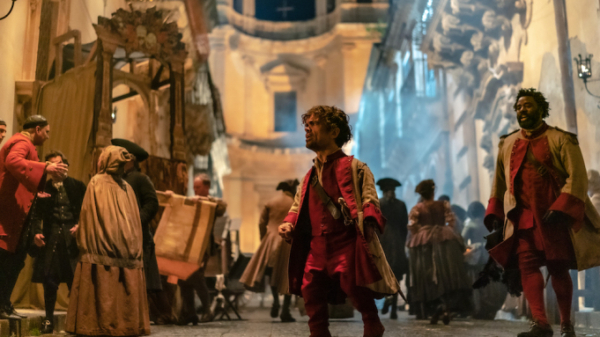 The set design is incredible. 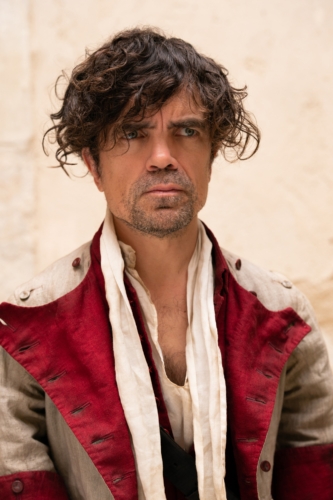 WHAT IS WRONG WITH YOU, ROXANNE??? WHY CAN’T YOU SEE THAT THIS MAN IS THE ONE YOU LOVE???

Do you love having your heart broken over and over? Tell us about it in the comments!