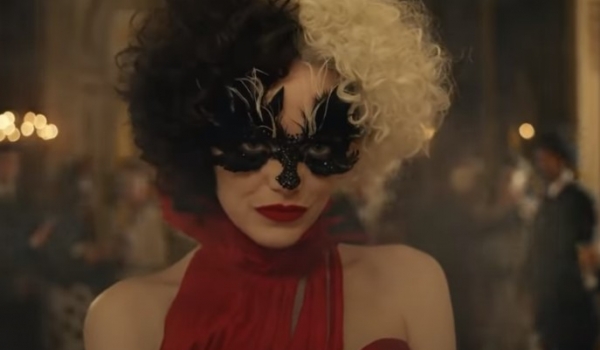 The new trailer for the Disney movie Cruella (2021) just dropped and I don’t know what to think, other than I WANT EVERY SINGLE ONE OF THOSE DRESSES.

The press says it’s set in the 1970s, but it’s a little hard to say for certain because the looks could just as easily be mid-to-late 1960s haute couture, with a side helping of the heyday of Carnaby Street fashion. So, you know what? I’m just gonna say that unless the movie starts off with “London 1970-whatever”, we’re just going to pretend that it takes place pre-1970 so we can talk about it here on this blog.

So, let’s take a closer look at some of the outfits in the trailer. The costumes were designed by Frock Flicks fave Jenny Beavan and they look absolutely delicious.

First off, we see the future Cruella Devile (Emma Stone) as a Estella de Vil, a young, idealistic red head, and sporting that ubiquitous mid-century mod accessory, the beret. 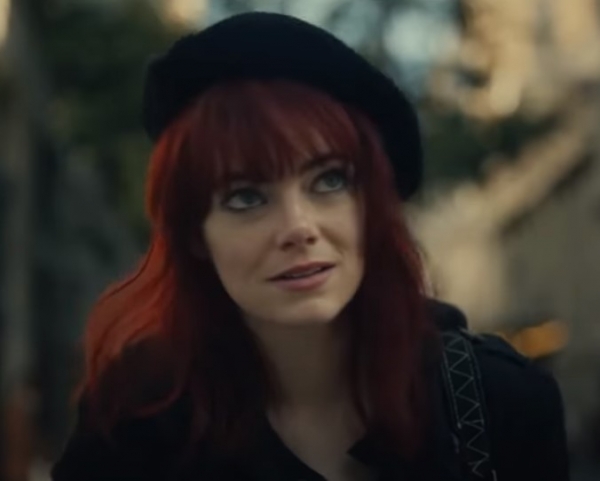 Next, we see Emma Thompson as Baroness von Hellman, the head of a fashion design house and likely Cruella’s nemesis for top, er, dog. 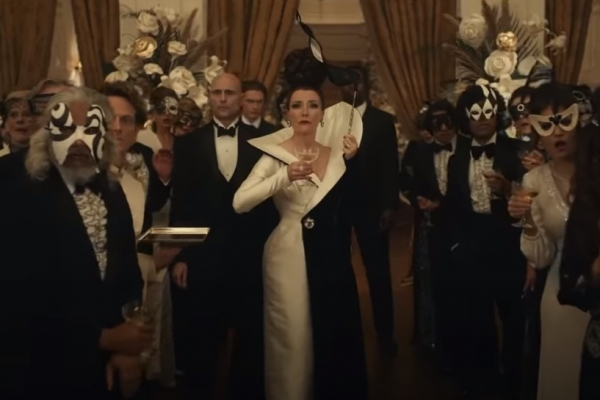 Cruella makes her entrance in a white satin hooded gown that she promptly sets on fire, revealing a sexy red body hugging gown underneath. 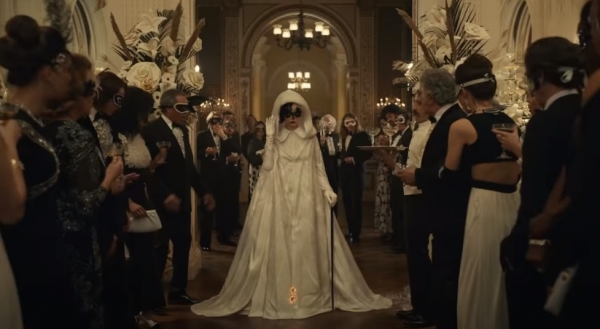 Everyone is blown away by the entrance. 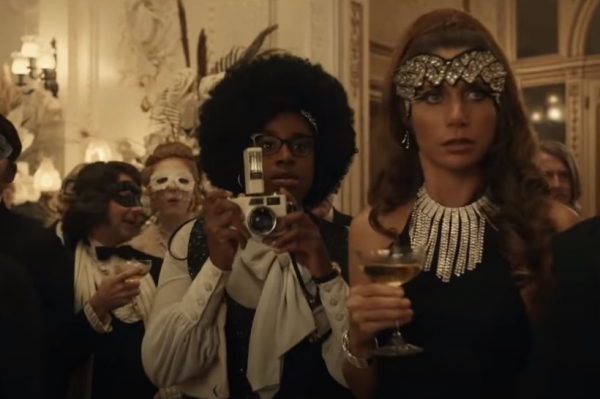 And finally, Cruella is seen rocking a slightly punkish look, and sporting her signature white and black hair. The rest of the shots in the film are of explosions and Cruella looking like she’s been through hell, so they’re not particularly interesting from a costume standpoint. 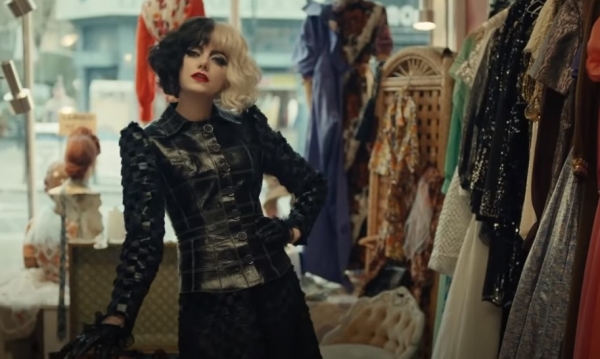 The original script treatment was written by Aline Brosh, who wrote The Devil Wears Prada, so it’s perhaps not surprising that Cruella looks to be a bit of a retread of that film, except this time the heroine is actually a budding villainess. But whatever it ends up being, it looks like it’ll be fun.

Can you hear Trystan screaming at me that this film isn’t set pre-1969? Whatever! Let’s talk about it in the comments!