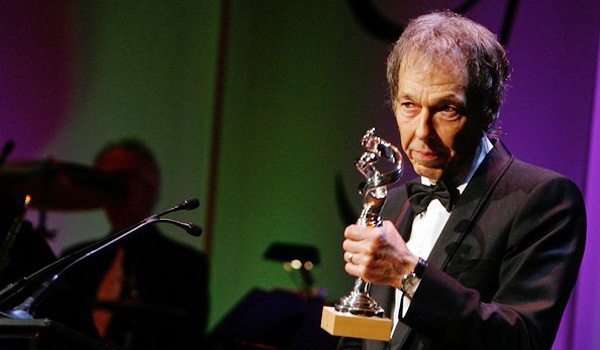 Sometimes you don’t realize how many of your favorite gorgeously costumed productions were designed by the same person. Such is the case with Michael O’Neill, who passed away in 2018. He worked primarily in British TV, after studying theatre design at Nottingham University and working for 12 years in costume design at the Royal Shakespeare Company. Looking through his CV, I’m impressed at how well he captured different periods with a sense of depth and detail that feels true.

Those he worked with on these productions expressed their great appreciation for O’Neill’s designs in his obituary that ran in The Independent. Alex Fordham was costume assistant to Mike O’Neill for both The Last King and Elizabeth I, and said:

“Although his taste was refined, his choices of fabric lustrous and in jewel-like colours, Mike’s costumes were there to serve the drama, nothing else. He was completely unsentimental about them. As pretty things on mannequins, they were uninteresting. On an actor, inhabiting their character — that is what they were for.”

O’Neill met Samantha Horn while they were working at the costume supplier Angels, they married in 1999, and they continued to work together in costuming. Horn was the assistant costume designer on Elizabeth I, and the couple won an Emmy award for the show.

He may be gone, but he’s left a fine body of work for us to continue to admire onscreen. So yes, mid-Victorian is not our favorite fashion around here, & that’s what you get in this Charles Dickens adaptation. But OMG look at this gown! Those petals! That’s a TON of work, beautifully executed, & the effect is both elaborate & elegant due to the limited colors. This is sweet without being cloying. Wonderful use of stripes, which is accurate for the period, & flattering to this actor. This version of the Dickens tale is most notable for starring a young Daniel Radcliffe. One of those British miniseries set between the wars, full of elegant clothes. Romola Garai admired “Mike’s artistry, ambition, use of colour and attention to detail,” and said of O’Neill’s work on this miniseries:

“The intense weight, stifling tightness of the dresses, the feeling of being strangled by the most beautiful flowering shrub, taught me more about that character and her impossible prison than hours of rehearsals could have achieved. The extraordinary beauty and complexity of his vision for Gwendolen left a powerful impression on me: young and a bit lost in the industry and in need of inspiring and kind teachers.”

Don’t miss our four–part in-depth review of this miniseries’ costumes!

It’s just so much bustle-y goodness. Every dress in the archery scene is exquisite! This is one of those eras when the boys look as yummy in costumes as the girls do! Mike O’Neill won the BAFTA for Best Costume Design for this miniseries. Just check out all the cartridge-pleating in that skirt. Whew!

“On two TV miniseries, Our Mutual Friend (1998) and North and South (2004), on which I was screenwriter, I was impressed with the care Mike took with the poorest and smallest characters and the relish with which he dressed the armies of “poor”: those inhabiting the shadows of Dickens’ Thames and the northern industrial textile workers, their costumes tinged with blue and terracotta dyes.” Also, Richard Armitage in white tie, to liven things up. “My first venture into the professional world of filmmaking was when I worked as a costume assistant on a low-budget feature film, which was unpaid of course, working every hour under the sun … But most important for me on this job, I was very fortunate to meet and work for Mike O’Neill, the costume designer on this film. Mike was a very experienced designer who had worked on many award-winning period dramas, and after this initial job I was able to work with him on many other future projects. He became a great mentor, imparting onto me his vast knowledge of the costume-design process.”

Carragher embroidered many of the costumes for Elizabeth I and more recently embroidered the Game of Thrones costumes. Some of the embroidery & surface decorations are shown up-close in the title scenes. This show is one of our ‘best costume’ examples in our 16th-Century Costume in TV & Film: Worst & Best video. Mike O’Neill & Samantha Horn won the Emmy for Outstanding Costumes for a Miniseries, Movie, or a Special for this production. Not one of the best Jane Austen adaptions by far & the costumes haphazardly jump around the decades, but it’s hard to blame that on the designer. This is still pretty. And this is ridiculous fun!