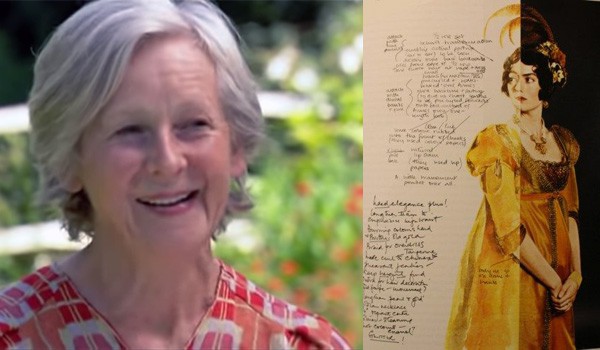 Probably best known as the costume designer for everyone’s favorite Pride and Prejudice (the 1995 one, don’t fight me!), Dinah Collin has a few other frock flicks on her resume.

In an interview with The Argus, Dinah Collin talked about how she wants her work to blend into the background:

“The costume should be completely secondary so that you just become involved in the characters, particularly on television where it’s so important one believes in them. You know when you’ve cracked it because the actors are so appreciative.”

Well, maybe it’s hard to find decent costume because they’re so ‘secondary,’ but let’s see what I can dig up! Ian McKellen, Timothy West, & one hell of a codpiece in this BBC production. Why were there so many TToTC versions produced in the early ’80s? This BBC one with Sally Osborne & Paul Shelley has better costumes, at least than the one I recently watched. This BBC miniseries about a young woman who is orphaned in Victorian England is currently on my Amazon Prime watch list :) Another BBC production. I think that’s Claire Bloom in the ruff. A BBC miniseries about the affair between writers Vita Sackville-West & Violet Keppel. Dinah Collin won the BAFTA for costume design for this production.

In the Sydney Morning Herald, Dinah Collin said of her work on this show:

“I don’t think it’s essential to be slavishly historically correct to the letter. I like to find that step between them and us, translating between the two flavours. It has to appeal to people in the modern day.”

Make sure to click the title for our detailed article about Pride and Prejudice costuming with tons of quotes from Collin and the director and other behind-the-scenes info, as well as our historical analysis! She won the Emmy for costume design for this work. Dinah Collin used and reproduced many period garments for this production. She told The Argus:

“With those sort of period films, it’s about taking original clothes and copying them. I wasn’t aware how many amazing late-1930s dresses there are sitting in New York costume houses.”

She also worked with Swarovski to make stunning copies of jewels owned by the British royal family, which were worn by Olivia Colman as Queen Elizabeth (the current queen’s mum). A WWII movie based on a British TV comedy. In The Telegraph, Dinah Collin said of her designs for Rachel Weisz in this remake of the ’50s classic, “We wanted her to look really elegant but also classic so we set her in the 1840s.” Click on the title for our full review with more details about the costumes and historical analysis! A Welsh folk tale set during the Industrial Revolution.

What’s your favorite Dinah Collin frock flick — and is the 1995 Pride and Prejudice the best of all P&Ps?