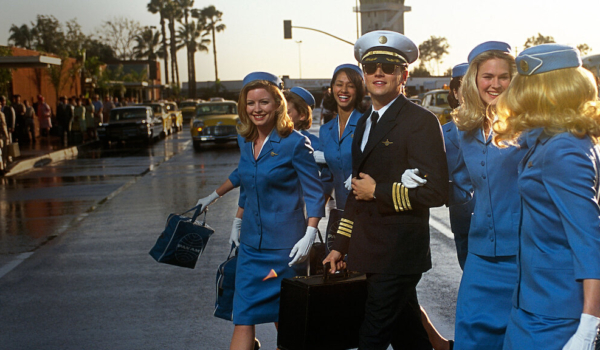 I hadn’t seen this movie after (checks imaginary watch) 20 years, but something compelled me to take another look at it recently. Maybe it was the mid-1960s still swirling in my brain from having watched One Night in Soho (2021) not that long ago, but whatever it was, I decided to revisit Catch Me If You Can (2022), starring Leonardo DiCaprio and Tom Hanks, as con man Frank Abagnale, Jr., and FBI agent Carl Hanratty, respectively. Christopher Walken, Martin Sheen, and cameos by then-up-and-comers Jennifer Garner and Amy Adams, round out the big names in the film, which was directed by Steven Spielberg. The film covers Abagnale’s legendary (though possibly completely invented) claims that he successfully impersonated a Pan Am pilot, a doctor, and lawyer, and passed millions of dollars in bad checks all before being apprehended by the dogged Hanratty at the age of 22.

Setting aside the disputed claims in Abagnale’s allegedly “true story,” the film is a good caper flick with decent mid-century costumes designed by Mary Zophres, whose work includes some of my favorite costume flicks like O, Brother Where Art Thou? (2000), True Grit (2010), and Hail, Caesar! (2016). Let’s take a look! 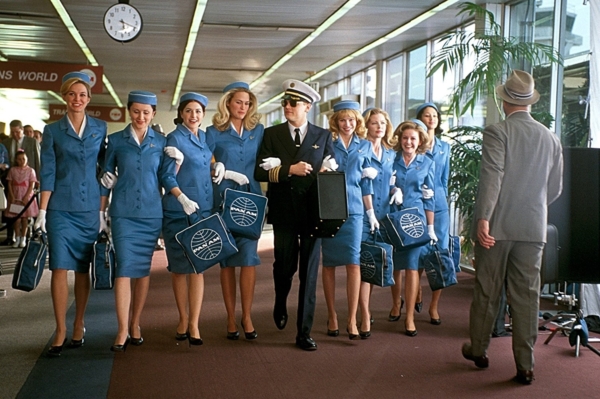 One of Frank’s first cons is to run a program to select a passel of beautiful young stewardesses for PanAm. 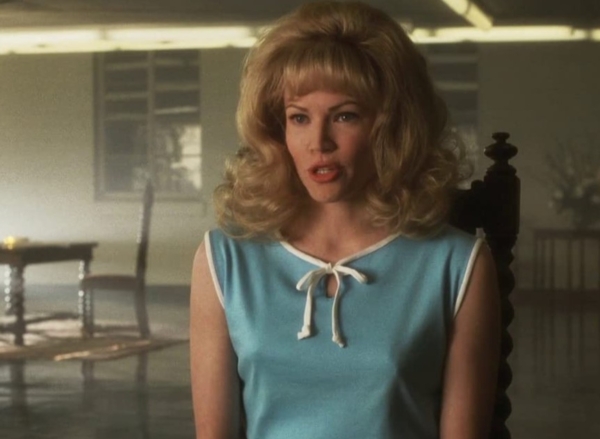 I’m sure her name is Buffy, or Miffy, or something. She is, of course, perfect PanAm material! 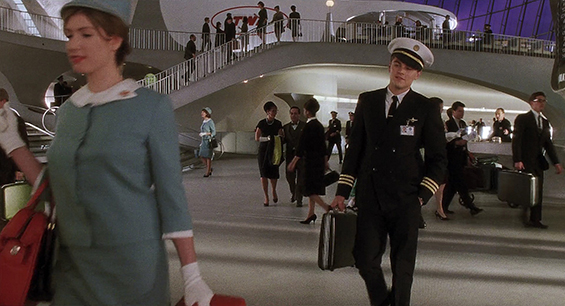 This scene was filmed at the iconic mid-century marvel that is the TWA terminal at JFK Airport in New York City. It’s now a luxury hotel! 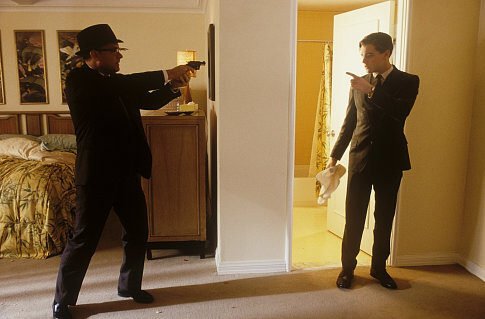 Agent Hanratty has an early run-in with Frank, but Frank is able to con his way out of the hotel room and escape. 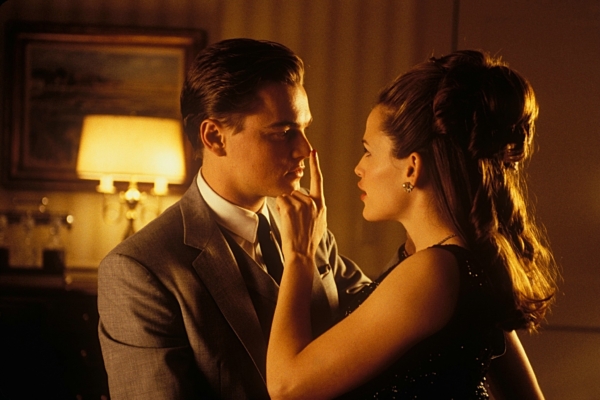 Frank loses his virginity to a beautiful model/call girl in LA, played by Jennifer Garner. Who is scamming who, again? 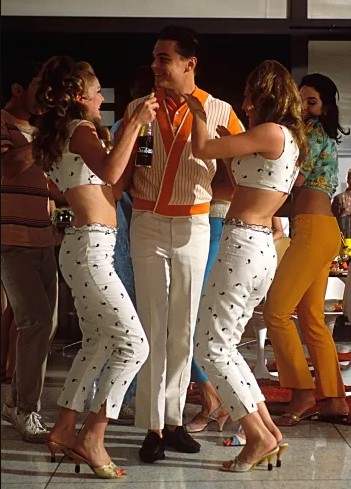 Frank spends time living in the lap of luxury, surrounded by beautiful women and 24/7 partying before having to abandon all of it and go on the run again. I love his cross-front sweater! 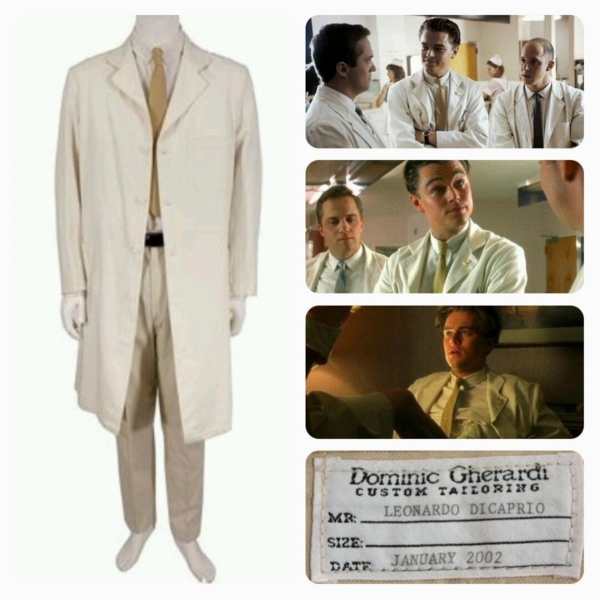 The suit and lab coat that Frank wears while impersonating a doctor. “I concur!” 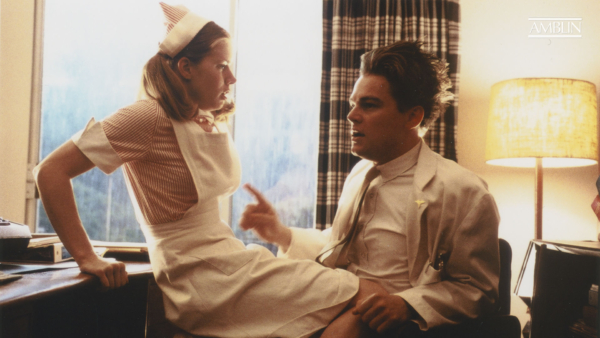 Amy Adams plays the sweet young candy-striper who has the misfortune to fall for Frank’s con at the hospital. 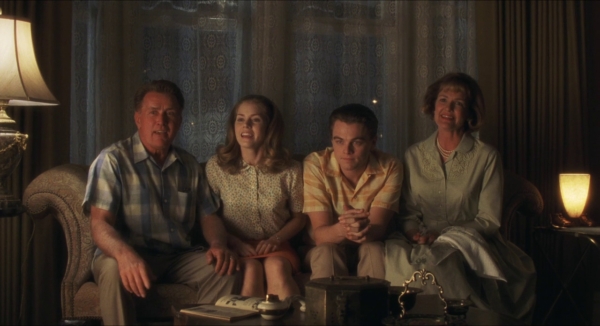 Frank is starting to have doubts about proposing marriage to Brenda. It’s almost a relief when the FBI closes in on him at their engagement party and he’s forced to run again.

Have you watched Catch Me If You Can (2002)? Tell us your thoughts in the comments!