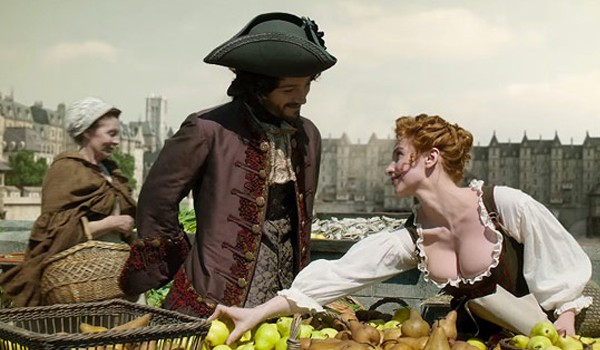 Amazon Studios has released one episode of Casanova (2015), what’s essentially a TV series pilot, and us, the viewers, get a say in deciding whether or not the full series runs on Amazon Instant Video. If you have Amazon Prime, you can stream the one hour-long episode here for free — though I’m not sure how long it will be available for rating and reviewing.

I admittedly had low expectations for this period piece, being the first historical drama produced by Amazon. So far, the streaming studios like Netflix and Amazon have been successful with contemporary TV shows and movies like Orange Is the New Black and Transparent. But the only big attempt at a historical has been Marco Polo, and despite the immense budget, it wasn’t a huge hit (and I still haven’t watched more than two episodes; kinda snoozy in the Plot Department, despite lush visuals; and now you know why I never got around to reviewing it for this site). Casanova was released on August 7 with a modern show, Sneaky Pete, which has gotten most of the press. Mainstream press reviews in Variety and the New York Times weren’t too thrilled by Casanova — the impression was that it looked nice enough, but moved slow. Add to this the promo images that seemed very gritty and un-historical, and I thought, geez, this is going to be tedious. 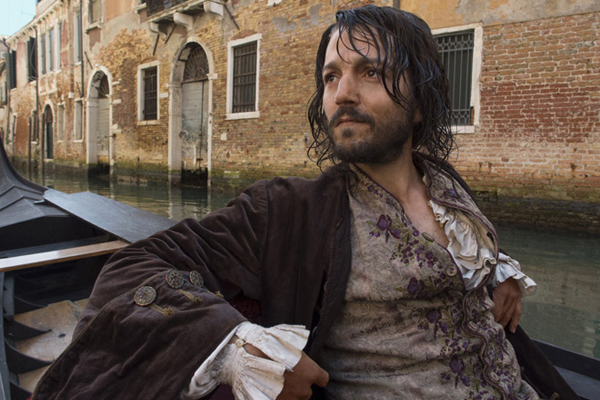 OMG YOU GUYS, THIS IS SO GOOD!!! I haven’t been so happy to be so wrong in a long time! Now, OK, this is no Wolf Hall in terms of dialog or plot, but the 18th-century costumes are way, way more shiny and interesting AND historically accurate than Poldark, so my eyes were always happy on the screen. It’s not perfect, but it’s lush, and it’s smart. Amazon’s Casanova is an story of 18th-century court intrigue with a liberal dusting of sex (and a wee dash of historically accurate violence), all with 80% really good historical costumes and hair, set in wonderful historical locations (including Versailles itself). Think more Showtime’s Borgias than Masterpiece Theater. If you like that kind of thing, watch it and rate it so Amazon knows to show us more.

The setting is 1757 Paris, after Giacomo Casanova escapes from prison in his homeland of Venice. So far, so good, history wise, because that is the year he entered Paris after prison. Oh, wait, I have to mention his sexytimes flashback while in jail — it’s within the first five minutes of the episode, there’s lots of boobs and bangin’, and while the nudity apparently bothered Amazon.com reviewers, I was more disturbed by the shocking lack of chemises and corsets on all the women Casanova had sex with, plus the prevalence of back-lacing gowns. But wait for it, the costuming gets MUCH better.

So he escapes to Paris and meets up with an old friend, a chick who’s a stage actress. She, of course, asks him to unlace her back-lacing gown. Then she changes into another kinda crazy gown, also back-lacing, but doesn’t need his help to close it up now (?). Yes, I was starting to despair for the costuming choices, just 10 minutes in, but I think these were just her stage costumes, so they had to lace up the back, right? Right? 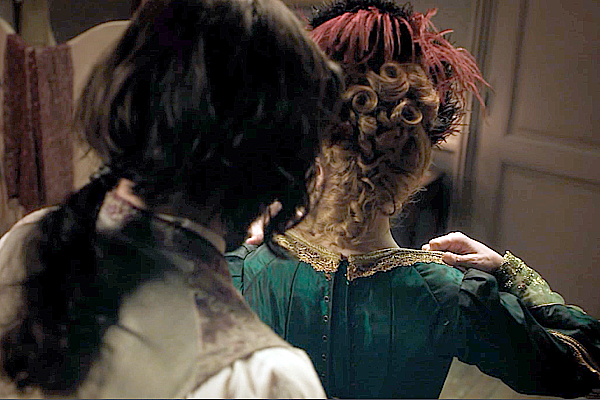 Do not be distraught by this back-lacing, it will get better!

Because soon we see Madame de Pompadour (played by Bojana Novakovic), who is dressed wonderfully in a robe a la francaise and has the most delightful tete de mouton hairstyle, as do her ladies. Occasionally, you can find a few more back-lacing gowns on extras, but from this point on, all the principal female characters are dressed appropriately for the period. Lots of francaise (sack) gowns trimmed with lots of ruching, pleating, lace, and flowers. In an opera-balcony scene, Pompadour even wears a gown that is reminiscent of the iconic teal-with-bows gown in the painting of her by Boucher, but the costume department was smart not to go for an exact repro. Just the color, style, and a few trimming to evoke the style without risking doing it wrong. 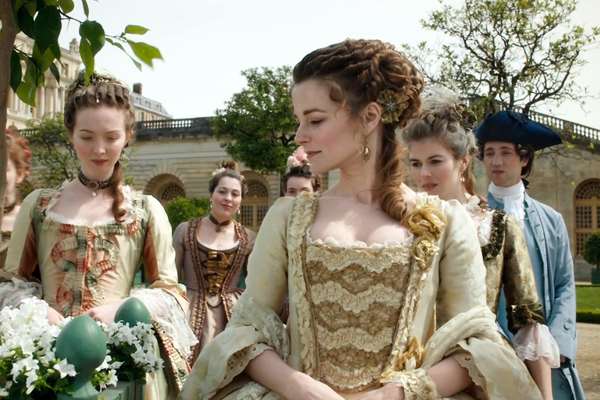 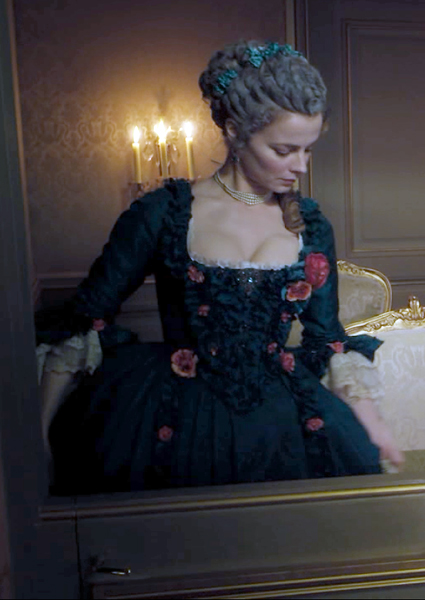 Almost, but not quite, Boucher gown.

Another memorable fashion is the two different but equally charming button-front gowns worn by Helena (played by Sarah Winter), the landlady’s daughter who will undoubtedly play an important part in future episodes (if the series continues). She looks like she stepped out of a painting, her gown, hair, and makeup look so sweet and fresh. Speaking of makeup, there’s a few too many modern smokey eyes on minor female characters, but with the leading ladies, they generally look historical. The more poncy a man is, the more makeup he gets too (and we like the poncy men!). 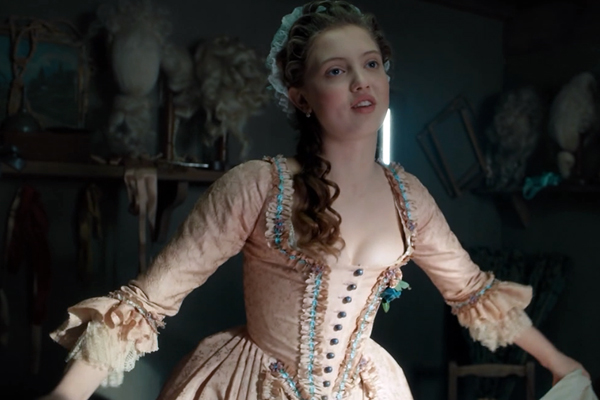 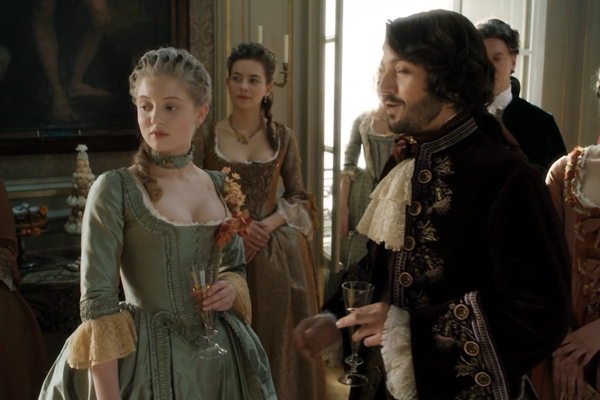 But maybe not as innocent as she seems.

The color palette for the whole show skews towards dark jewel tones, with pastels used selectively. Helena is the only character to always wear light colors, emphasizing her youth and preciousness. Otherwise, pale colors only seem to be worn around the king. This heightens a sense of two worlds, the light “proper” world of the nobility and genteel folk, and the darker underworld where Casanova seems to fit best. 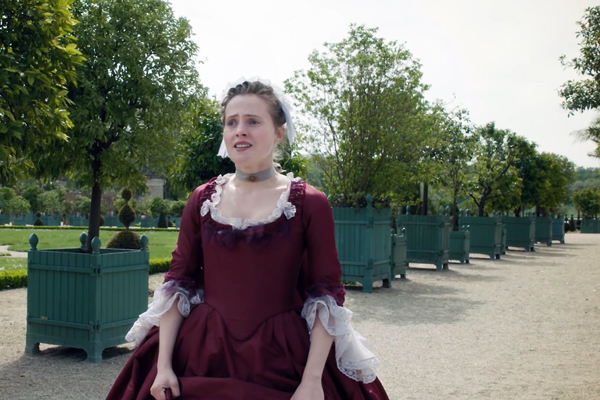 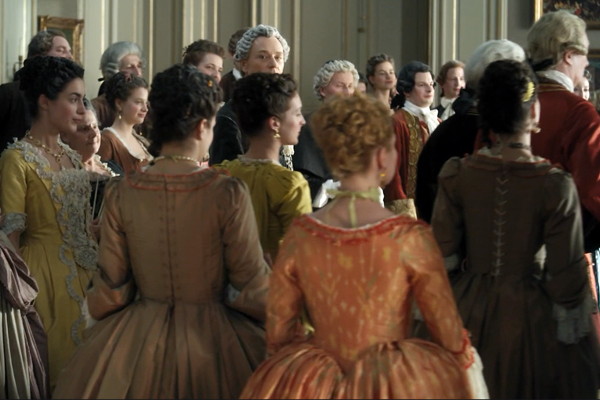 Yeah, a few more back-lacing gowns to fill out a crowd scene. It happens. 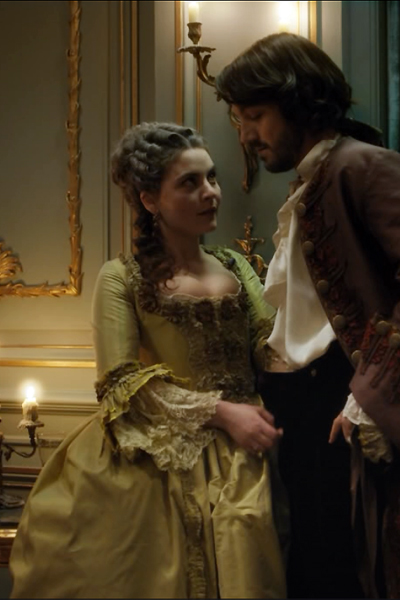 Lots of fancy trims on this yellow-green gown worn by a whore as she checks out Casanova’s package.

I don’t know if it’s just that I’m starved for ruffles and trims and rich colors and silks, having been stuck in the relatively dreary costumes of Poldark world for so long (both through the BBC airing and the US showing). But the costumes in Amazon’s Casanova are far more of what I like to see in 18th-century TV dramas, and they’re done well. If it were a big-screen movie, I’d say it’s about the costuming level of Belle (2013) but with occasional touches of brilliance, like The Affair of the Necklace (2001) — which is remarkable for TV in general and especially for a series with an uncertain future.

The hair overall is really lovely and appears to me to be quite historically accurate, though I’m waiting for our own Kendra (of 18th-Century Hair & Wig Styling) to review this aspect. It’s worth noting that the chief hairstylists for Amazon’s Casanova — Mathieu Gueracague and Miguel Santos — also worked on Sophia Coppola’s Marie Antoinette (2006), so they know a thing or two. For that matter, they, along with Casanova‘s costume designer Madeline Fontaine, seem to have all been lifted directly from the current production of Versailles, which has a massive costume and design budget.

There’s a fabulous scene of a crazy dinner at the Marquise’s (played by Miranda Richardson) where everyone has outrageous wigs, pretty fashion-forward in a 1770s way, but they’re SO good, and it shows how weird those specific people are. In general, the derivations from historical accuracy appear to make a point about a character in the story and aren’t just done for the hell of it. 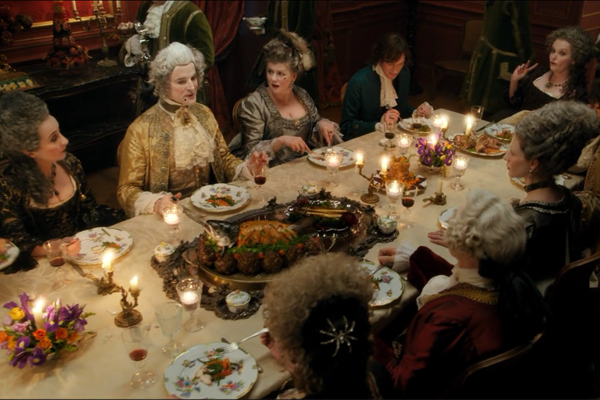 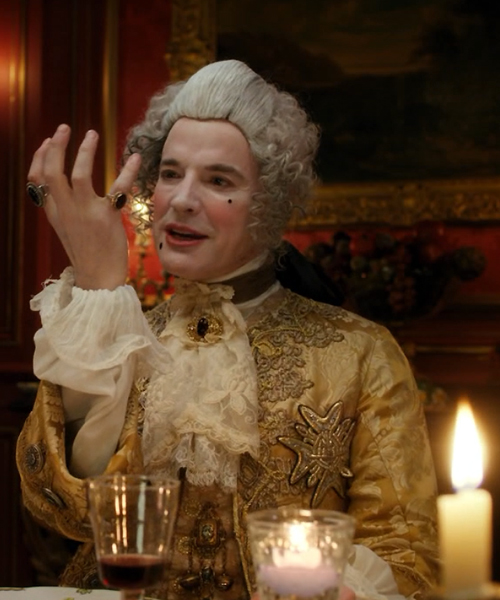 Unfortunately, Casanova himself (played by Mexican heartthrob Diego Luna) suffers from Leading Character Hair. Yep, it happens to men too. He has a modern layered haircut that’s long in back, short on the sides (almost a mullet!), and for an attempt at an 18th-century look, he puts the long section in a ponytail. Yet the front layers hang all scraggly around his face in a completely 21st-century fashion. C’mon, the character lives behind the wigmaker’s shop, and there are lots of ‘spare’ wigs stored all over Casanova’s bedroom, but he can’t be arsed to wear one himself! Also, the beard! Not just Aidan Turner’s five-o-clock shadow, nope, we get full-on hipster beard. This is not a historically accurate look. 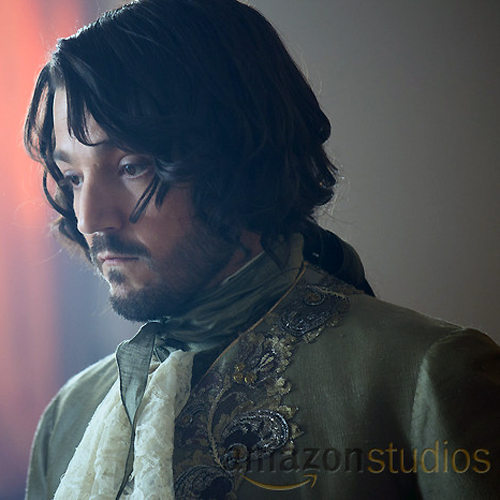 Towards the end, I kind of thought that maybe Casanova’s non-historical hair was a symbol that he’s Not One of Them. Several people point out that he’s a foreigner, he’s not French, and he’s an outsider. Events conspire to show that’s more true than he might want to admit. So I may learn to live with his crappy Leading Character Hair if everyone else continues to look FAAAAAAAAABULOUS.

To sum up, this is nothing like the David Tennant or Heath Ledger Casanovas — it’s certainly not a light comedy or a romantic romp.  It does have some pretty darn good 18th-century costumes, wigs, and settings. Amazon’s Casanova uses historical characters and a few historical plot points, but the story is not a retelling of the famed lover’s biography. This is a fictitious look behind-the-scenes at the political machinations of a corrupt historical period. There’s some sex and a little gore, but hey, that’s the 18th century. It’s nowhere near as explicit as Game of Thrones, for comparison. If you’re game, give it a shot and make sure to let Amazon know what you think!

Have you watched Amazon’s Casanova yet?