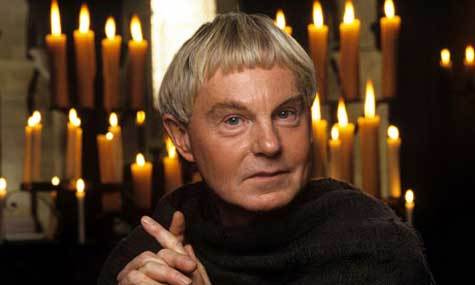 It’s been a rough week, here at Frock Flicks HQ. The urge to crawl into a hole and never come out is strong, but yet, we must persevere. There are costume flicks to watch, blog posts to write, and snark to be snarked! So, rather than dwell on the bullshit that is Real Life, let’s delve into the comforting embrace of one’s favorite beverage of choice and curl up with classic British miniseries, Cadfael (1994-1998).

Apparently, just mentioning Cadfael in a recent post made it abundantly clear that there are quite a few of you out there who also love this show as much as I do. Are the costumes good? Not particularly. But the scripts, the direction, and the actors (especially Derek Jacobi) make you utterly forget that fact. And on the drive in to work this morning, I was thinking about a post Kendra did a few years ago, Why Jane Austen Movies Are My Comfort Object, that detailed the reasons why she returns to Jane Austen films over and over. Thinking about it, I realized that the Cadfael miniseries is that exact thing for me.

So, what about the show makes it my comfort object? Let’s explore the following ways…

I have a very strong positive association with the Middle Ages that I think has something to do with having spent over half of my life concocting elaborate escapist fantasies around this particular historical period (i.e., being a member of the Society for Creative Anachronism). 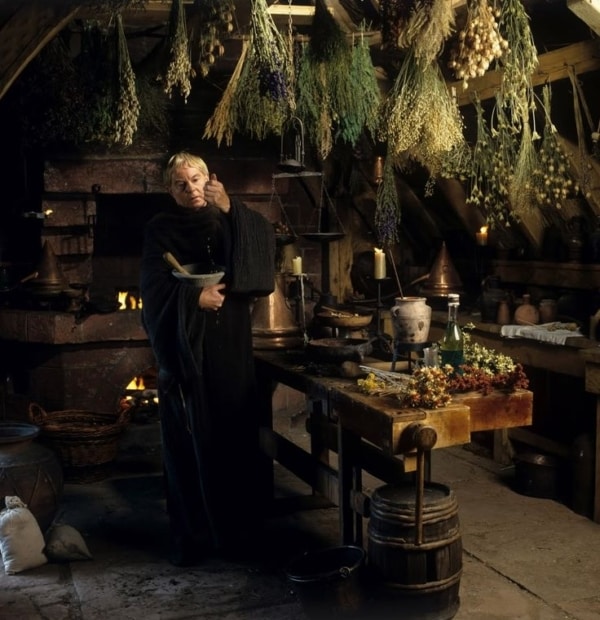 I want to live in Cadfael’s workroom.

For those who may not be familiar with this classic British mystery series (which was a staple on PBS’ Mystery! stateside), Cadfael is based on a series of novels by Ellis Peters, and refers to the eponymous hero of the series, Brother Cadfael, a mid-12th-century Welsh monk living in Shrewsbury during the period of English history known as “The Anarchy.” One of my favorite periods of English history, the Anarchy basically tore England into two warring factions: Those who supported the direct succession of Henry’s sole living child, Empress Maud; and those who supported Maud’s cousin, Stephen, who was Henry’s next male living descendant. When the series begins, Stephen is on the throne, although precariously so — especially in the border town of Shrewsbury which has many nobles declaring support for Maud, who is now in hiding in France.

Cadfael, a man in his mid-fifties at the start of the series, was “some forty-years in the world” before taking vows — he fought, and achieved some renown, as a soldier in the First Crusade, spent time in the Holy Land afterward, and learned a thing or three about herbs in the process. He’s a keen observer of humanity, which serves him well when troubles arise in and around Shrewsbury Abbey.

Don’t get me wrong, I would never want to actually live during this period … But something about it conceptually just feels so … homey. 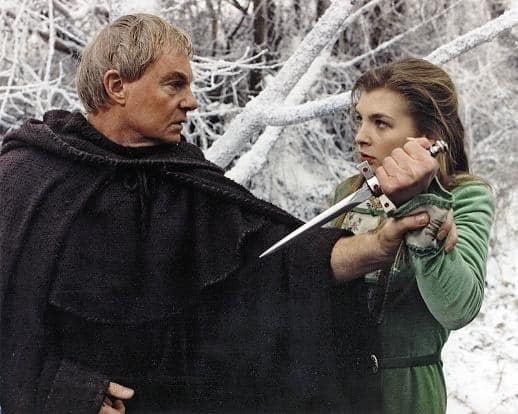 Don’t mess with the warrior monk.

I’m not the only person in my household that has a rampant crush on Derek Jacobi (I’ll give you a hint: it’s not the cat). Seriously, he’s a delight to watch in any role, big or small.

Cadfael has a pretty bitchin’ soundtrack

That is, if you like Gregorian chants and pseudo Medieval music. Which I do. 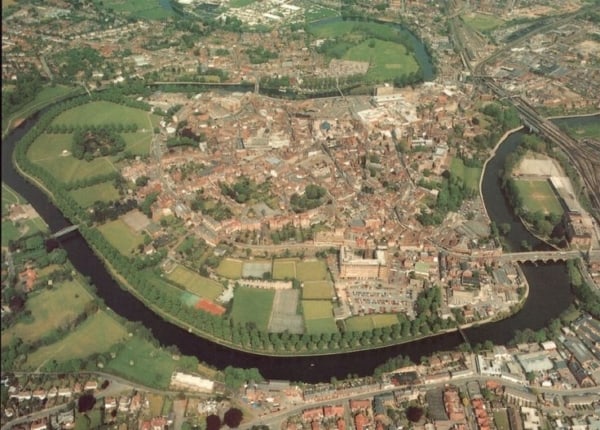 Shrewsbury, to be exact.

And I am nothing, if not an an unabashed Anglophile.

Don’t mistake me, I’m not saying the show is dumbed down or facile. What I mean is that it is a show that manages to be captivating without laying on the gritty realism or the anxiety-provoking cliff-hangers that are super common in mystery shows these days. You know that Brother Cadfael is going to be charming and clever and fix everything in the end, no matter what happens.

It’s the perfect mystery show for people with anxiety disorders, in other words.

Me, before watching Cadfael.

Me, after watching Cadfael.

I have no idea why, but smarmy, bitchy little Brother Jerome just delights me to no end. It’s also worth pointing out that the smug little shit is played by Julian Firth, brother to known-historical-film-stud Colin Firth. 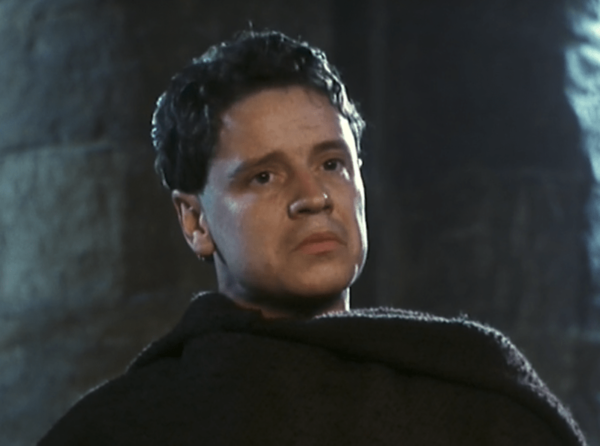 If that isn’t a punchable face, I don’t know what is.

My other favorite brother is sweet-natured and guileless Brother Oswin, Cadfael’s sidekick of sorts. His role gets expanded and considerably darker as the show goes on, which gives a nice dimensionality to him that Jerome lacks. Jerome is just a lackey, but Oswin has layers. 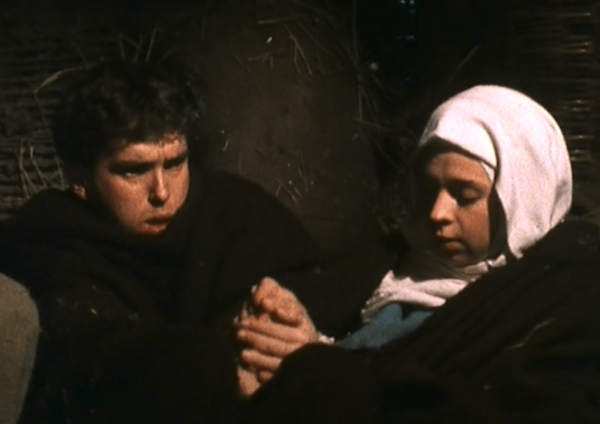 Basically, the female version of Cadfael. She’s direct, honest, and is definitely experienced when she decides to take the veil. She’s only in two episodes, but she manages to make the most of it. 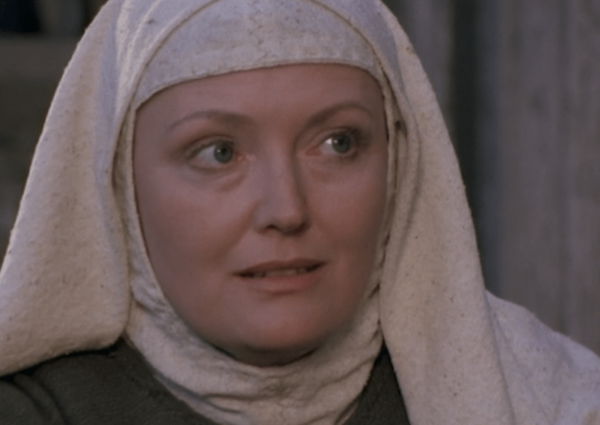 Just try to ignore the obvious machine stitching on her wimple.

As a show, Cadfael only has two major flaws … first, the costumes:

The costumes are in no real way historically accurate, especially once you look past the monks and start paying attention to the secular characters. The women’s costumes in particular are really weak, especially for the nobility. As with most shows set pre-15th-century, I get it … The early-middle ages are a hard period to costume because, first of all, there’s not a lot of visual documentation that is easy to understand; and two, what can be gleaned from manuscripts can look pretty boring to modern eyes. That said, if the series wasn’t as strong in every other area, I would be a lot less forgiving of the costuming. 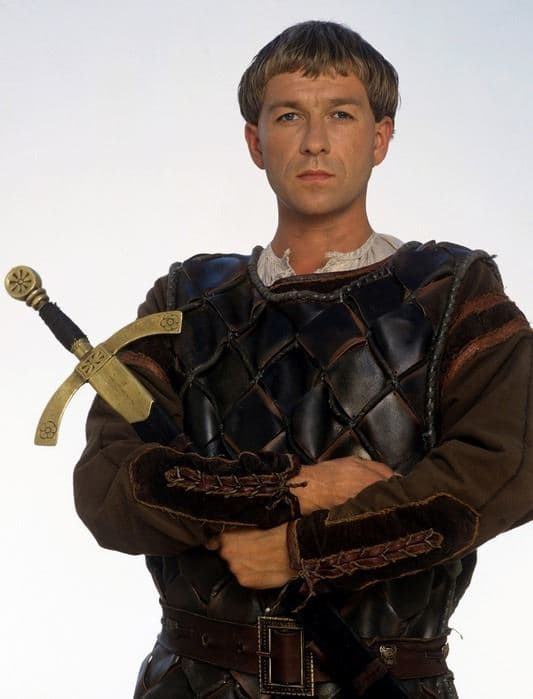 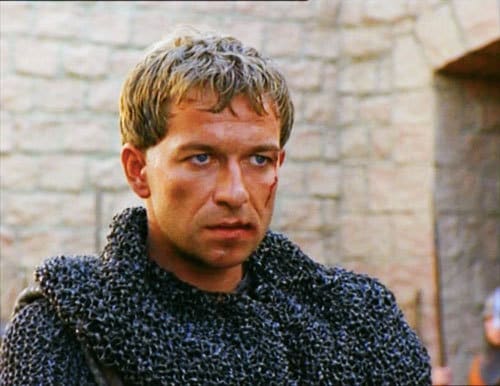 The women’s costumes are … well… they’re a mash up of vaguely medieval and fantasy and a lot of modern upholstery. 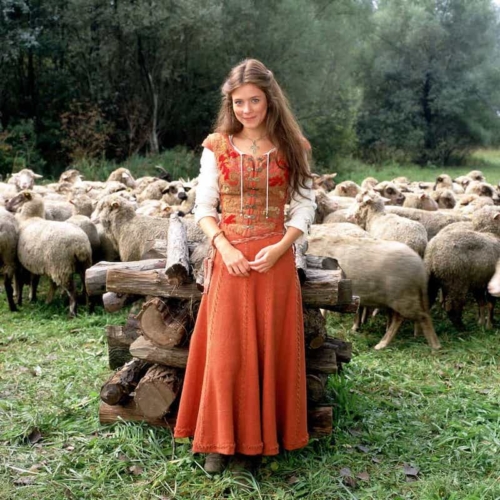 Anna Friel as Sioned in “A Morbid Taste for Bones” (Season 2, Ep. 3). Did the Great Bobby Pin Shortage begin in the 12th century? 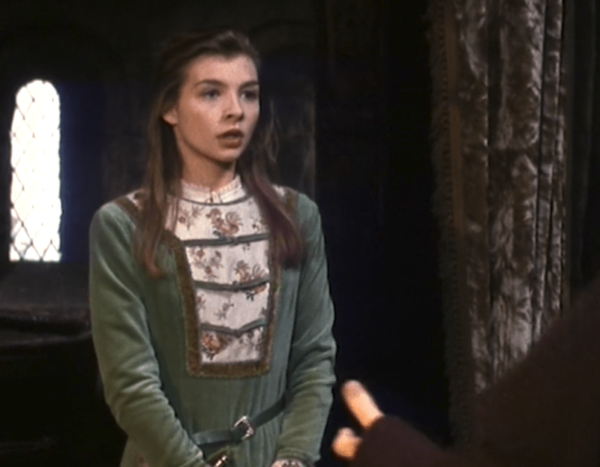 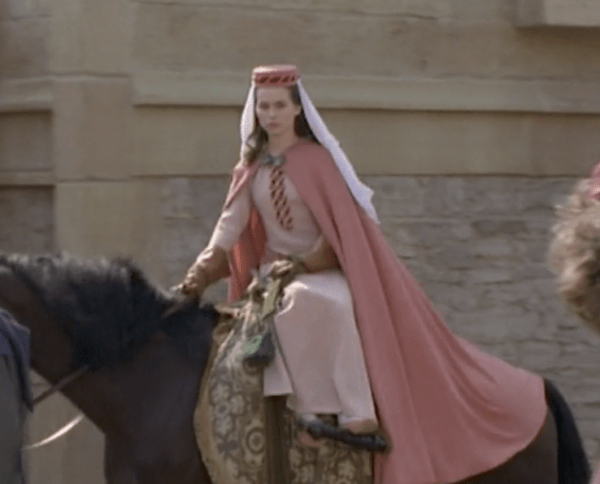 The costume is bad, but I do give them points for showing a period sidesaddle for 12th-century England.

Cadfael’s right hand man, Sheriff Hugh Beringar, is played by no less than three different actors throughout the run of the series. I hate it when shows do this, but I understand that Hugh is pretty integral to the stories, and to write him off the show would mean messing with the perfection that is Ellis Peters’ novels. Still, it’s jarring to see Sean Pertwee, Eoin McCarthy, and Anthony Green in the same role, especially when you’re binge-watching. None of these actors look anything like one another, and honestly, only Sean Pertwee is of any caliber close to Derek Jacobi. 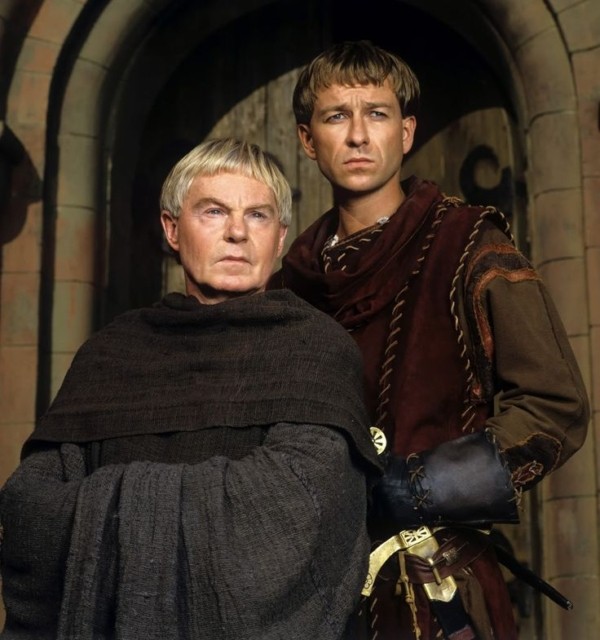 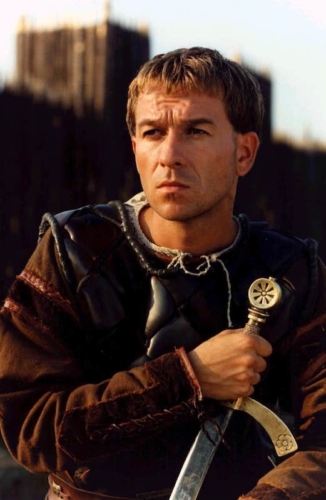 Team Pertwee all the way. 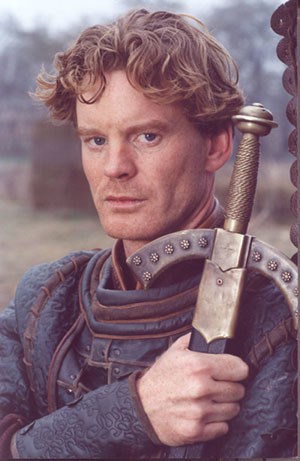 Eoin McCarthy is cute in that kind of floppy-haired mid-1990s way. 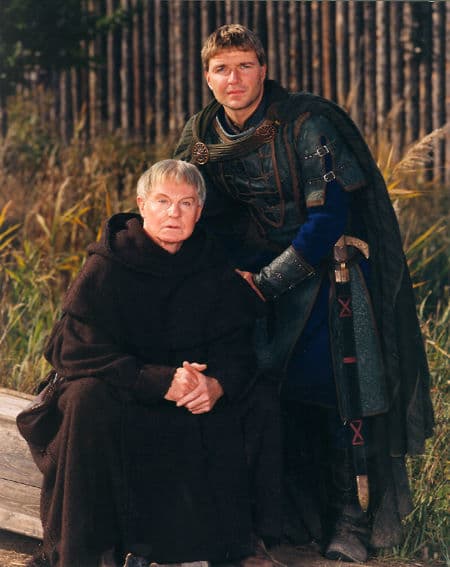 The bad costuming and the fact that Hugh Beringer might be a Time Lord aside, I still find myself reaching for this show whenever I need to feel better about life. Pro Tip: If you have Amazon Video, it’s currently available through the BritBox subscription.

Do you find Cadfael comforting too?