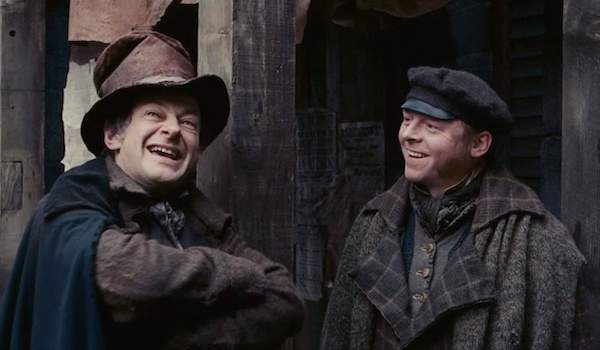 As a loooong time fan of Simon Pegg from the days of Spaced, I’ve pretty much watched everything he’s ever touched in any way, but somehow Burke & Hare (2010) entirely evaded my radar until recently. What’s more, it didn’t just have Simon Pegg … It co-stars Andy Sirkis and has cameos from Jessica Hynes, Bill Bailey, Stephen Merchant, Tom Wilkinson, Tim Curry, and goddamn Christopher “Sauron” Lee just to round out the epicness of the cast. Isla Fisher is the romantic female lead, and she’s cute and whatever, but pretty much any young woman could have played her character.

Like all Simon Pegg vehicles, it’s a dark comedy with strong horror overtones. It’s not as gory as, say, Shawn of the Dead, or as action-y as Hot Fuzz, but it splits the difference nicely and adds a true-story-except-for-the-parts-that-aren’t layer over the historical characters of Williams Burke and Hare, body snatchers. Basically, it’s exactly what you would expect from a historical flick as interpreted by John Landis and staring Simon Pegg. One part slapstick, one part pathos, two parts insanity. 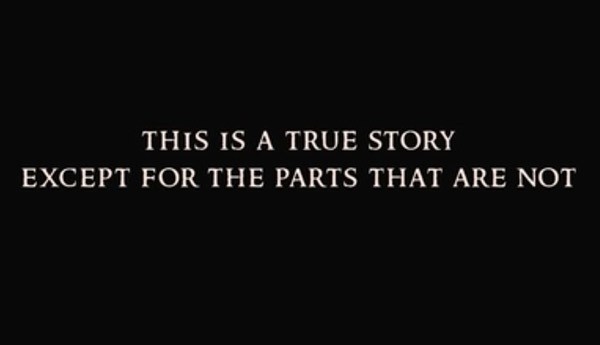 You thought I was kidding, didn’t you.

The film is based on the notorious Burke & Hare, a pair of Irish reprobates who discover a lucrative niche industry in early 19th-century Edinburgh in supplying fresh cadavers to one of two competing medical schools. Grave robbing was a risky prospect, so Messrs. Burke & Hare decided to just eliminate the middlemen and started offing unsuspecting citizens in order to meet the supply demands of Dr. Robert Knox, their primary customer, who was making a killing (ha!) with public autopsies. 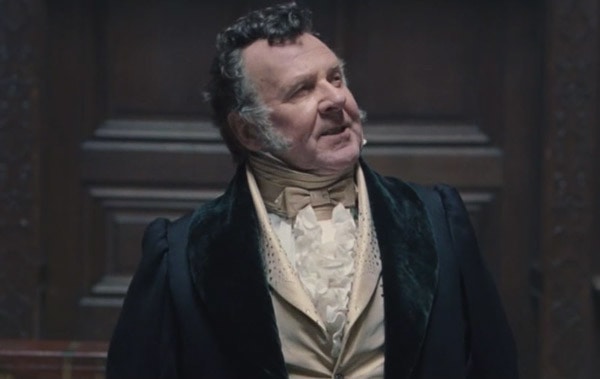 Tom Wilkinson kills it in the weskit & cravat department.

The cash comes rolling in for the two Irishmen, however their success is short lived. The local militia catches on to the sudden disappearances of a number of citizens and begins to put two-and-two together, leading to the implication of Burke & Hare in the entire scheme. They are jailed, and Burke ends up taking the fall to spare Hare and their wives. Or maybe he was set-up to take the fall… It’s all kind of up in the air, but the film takes the “noble sacrifice” route and justice is served and everyone moves on. Except for Burke, who ends up with his skeleton on permanent display in the Anatomical Museum of Edinburgh Medical School in a sort of poetic justice kind of punishment. The film takes a lot of liberties, but stays true to the overall history.

The costumes were designed by Deborah Nadoolman, who, randomly, is best known for her work on The Blues Brothers, Raiders of the Lost Arc, and ¡Three Amigos! Oh, and Michael Jackson’s Thriller short film/music video. Which, I suppose makes sense, when you factor into account that John Landis directed three out of four of those films, in addition to this one. Anyway,  I’m here to testify the costumes were pretty darn good, even if the women’s gowns were still a tad too high-waisted for 1828-1829.

The side-plot of the all-female cast of Macbeth was pretty rad. 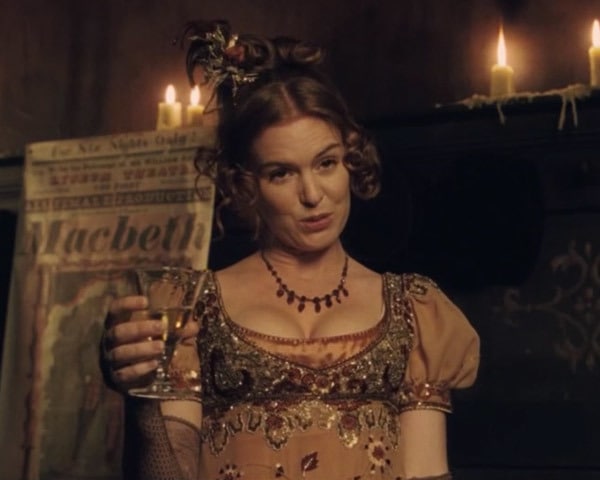 Fun fact: Isla Fisher was apparently three months pregnant during the filming and unbeknownst to the director, would forego wearing a pair of stays in favor of wearing a push-up bra. Whatever, I’m just happy it’s the right silhouette. 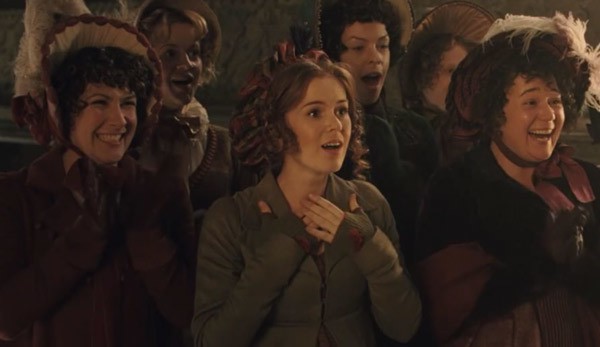 Yep, everyone is in proper headgear except the lead actress. 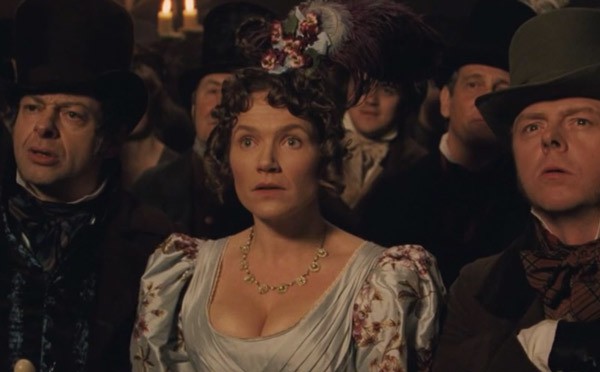 This fabulous gown worn by Jessica Hynes needed WAY MORE SCREENTIME. Unfortunately, we only get a shot of it from the waist up. :( 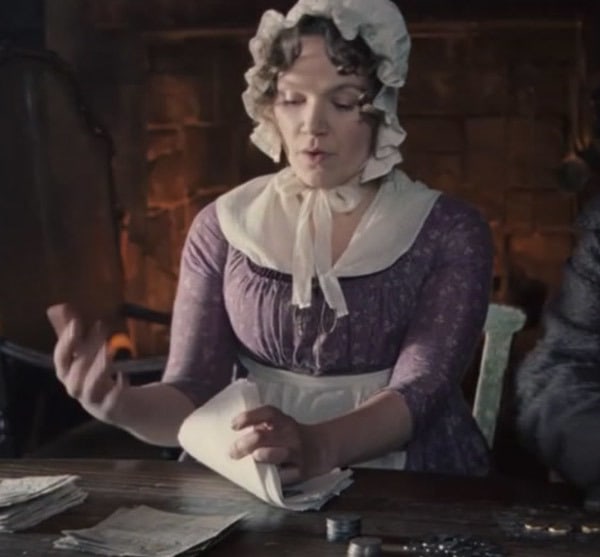 Rocking the biddy bonnet like a fucking rockstar. #JessicaHynes4Lyfe 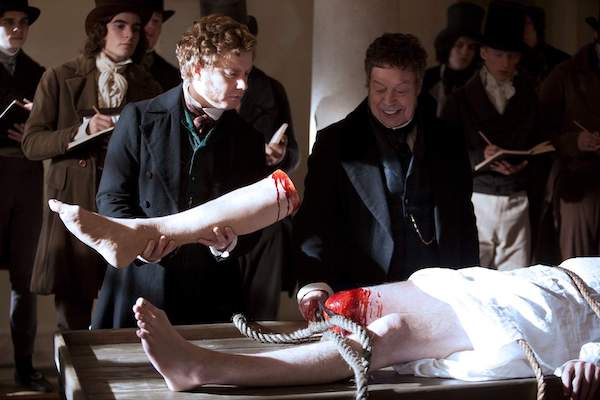 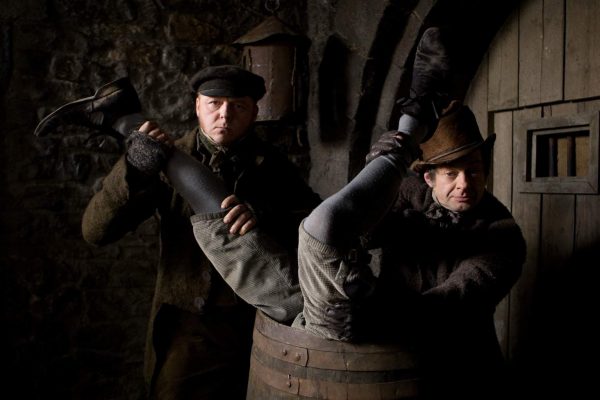 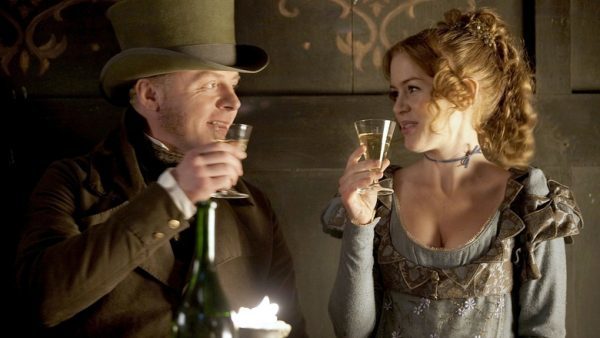 The love story at the center of the film makes all the murderin’ a little more palatable. On a side note, I have no idea what’s going on with Ginny’s dress, so don’t ask me. 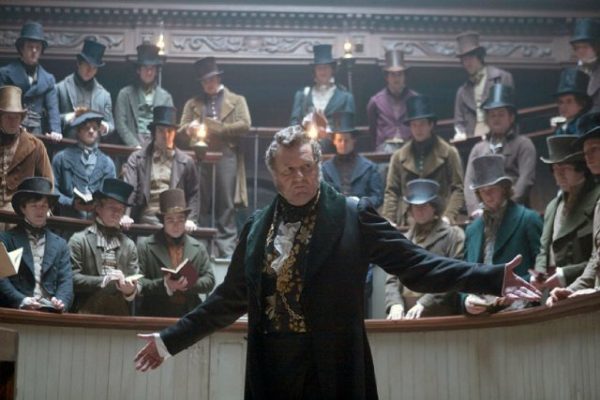 Another shot of one of Tom Wilkinson’s amazing weskits. 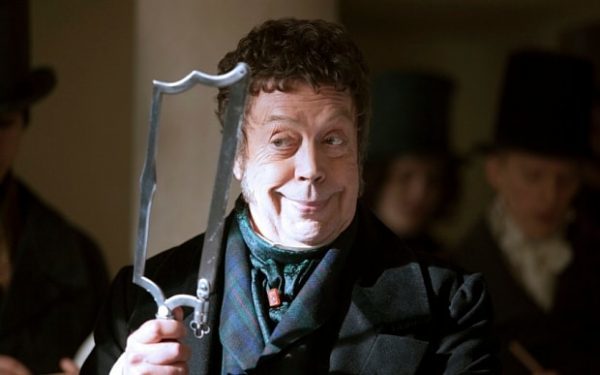 Tim Curry as Dr. Monro, in one of his last film appearances before switching almost entirely to voice-work.

All in all, my take on the film was as follows: beautifully filmed, lightly horrific, a few good laugh-out-loud moments, and inoffensive period costuming. I give it a solid B+.

Share your thoughts about Burke & Hare (2010) in the comments!