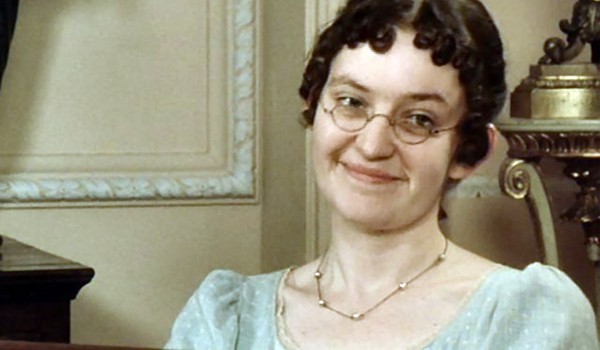 This topic inevitably gets me in trouble every time I bring up the fact that I hate remakes. Unless the previous version of a film was unbearably shitty that it would be a moral obligation to remake it, we don’t need eleventy-million remakes of Jane Eyre or The Three Musketeers. The last time I ranted about this, many people commented wondering why I had such a problem with remakes… And truth be told, it’s not that remakes are bad, per se, it’s just that frequently, they don’t really do anything aside from giving Hollywood a sure bet that, since everyone loves Elizabeth Bennet, people are still going to flock to see the latest Pride and Prejudice featuring whatever Perky Young Starlet Looking to Be Taken Seriously as an Actress is the flavor of the year.

This one gets remade approximately every 10 years, which means I think we’re actually due for another go at Pride and Prejudice (though the fact that Pride & Prejudice & Zombies came out a few years ago may have scratched that remake itch a bit). As it stands, however, Frock Flicks’ favorite punching bag for “most pointless remake” is the 2005 Kiera Knightly gritty reboot of Jane Austen’s classic novel. It’s stripped down, drenched in mud, and everyone looks like they’ve been locked out of the house in a rainstorm wearing their underwear. I’m sorry, but I want my Austen light, airy, and full of subtle snark. Obviously, Jane being the eldest got first dibs on all the bobby pins. The other sisters had to settle for looking like they just broke a 104-degree fever after running a marathon in the rain.

Meanwhile, not a curl out of place on these Bennets. Well, except for Lydia. Because, you know how she is. Foolish girl.

This one had us wondering why in the world would anyone bother messing with the perfection that is the 1992 Howards End staring Emma Thompson and Anthony Hopkins. I usually am all here for any Haley Atwell project, but I couldn’t warm up to the cold, impersonal take on the classic E.M. Forster novel. It didn’t help that the original stills coming out in advance of the release were substantially lacking in nuance and budget when compared to Jenny Beavan and John Bright’s iconic designs in the 1992 adaptation.

Pippa Coulthard as Helen in the 2017 miniseries, and the outfit that for some reason the showrunners thought was ok to leak in advance of the premier, causing all of us to wonder how the actual fuck this look was a good idea. Unfortunately for the 2017 remake, the 1992 version had Helena Bonham Carter in it, being FABULOUS at every turn. It’s really hard to compete so I wonder why they even bothered?

I just want to know one thing: Why? This exists in a similar space in my brain as the Howards End redux I mentioned above … There’s no logical reason to remake this film if you’re not going to absolutely slay the Merchant-Ivory version in every single way, and most of all in the costuming. I’m not saying it was perfect, but it was damn near close. And you do not mess with perfection. Everything just looks so … neat in the 2007 version. Nobody can rock the Gibson Girl look like our girl HBC in the 1985 version. Between her fabulous costumes in this film and the insane sexual tension between her and Julian Sands, there’s nothing starchy about this romance.

I am a shameless proponent of Richard Lester’s 1974 double-feature starring (my boyfriend) Oliver Reed and (my other boyfriend) Richard Chamberlain, as well as a bunch of other fabulous actors. The screenplay adaptation is flat-out brilliant and the costumes are stunning. So, of course, 20-years later, Disney HAD to go and remake the whole thing, casting a bunch of “so hot right now” actors in roles that they were completely unsuited to play, and costumes that were like a crappy copy of a crappy copy of Lester’s original. This was followed up in 2011 by yet another version of Dumas’ novel staring yet another crop of so hot right now actors. That said, Milla Jovovich is pretty great as Milady, even if she wore a lot (and I mean a lot) of what-the-frock. The bangs, the random braid, the 1990s smokey eyeshadow, Rebecca de Mornay … It’s like a road map to being 1990s hot. Now that’s more like it. Even if the 2011 version didn’t knock my socks off, Milla Jovovich slayed as Milady.

What are some of your most pointless remake opinions? Share them with us in the comments!