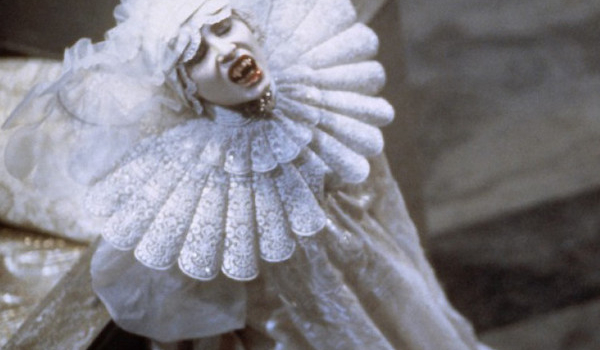 Blood, baby eating, and Keanu Reeves’ terrible accent! It’s a gothic horror love story with some really exquisite bustle gowns. Director Francis Ford Coppola promised this movie would be faithful to the book, yet he stuck Vlad Tepes into Bram Stoker’s story with little historical/literary evidence. We might forgive him because we kinda like where he went with the Art Nouveau styling, plus he let costume designer Eiko Ishioka get inspired by an Australian frilled lizard.

You can listen to us critique Bram Stoker’s Dracula costumes below or on iTunes.