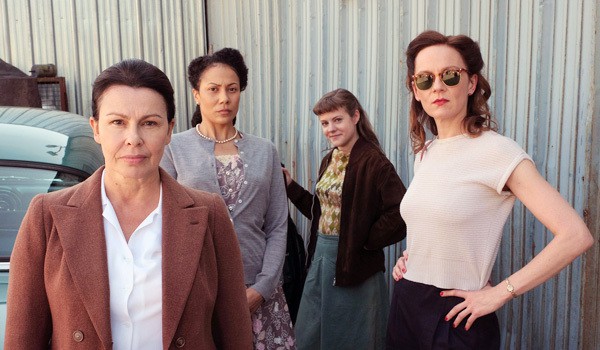 When I first reviewed The Bletchley Circle: San Francisco (2018), only a few episodes of the new BritBox show had aired. This continuation of the 1950s murder-mystery series about former World War II code-crackers transplanted from Britain to America had a promising start. But it took me a while to finish the series, not due to the quality (despite what some naysayers were writing) but because I’ve been in the process of moving houses while also working ye olde dayjob and writing more Frock Flicks reviews. Plus, we don’t typically update on a series more than once, we have other frock fish to fry! 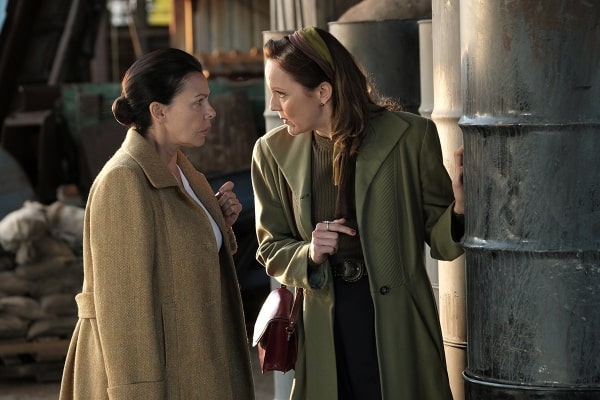 Still, I thought I’d check in again, not so much for the costumes (still standard-issue 1950s; done well but nothing super-remarkable), but because I was impressed by the historical research that showed in the storytelling. I mentioned how the first mystery made reference to the racial politics and housing issues of post-WWII San Francisco. Well, a later mystery, the two parter “Not Cricket” and “Iron in War,” addresses homosexuality in San Francisco, a topic near and dear to my queer heart, plus something I’ve researched, so I was pleased to see how the show got many of the details right. 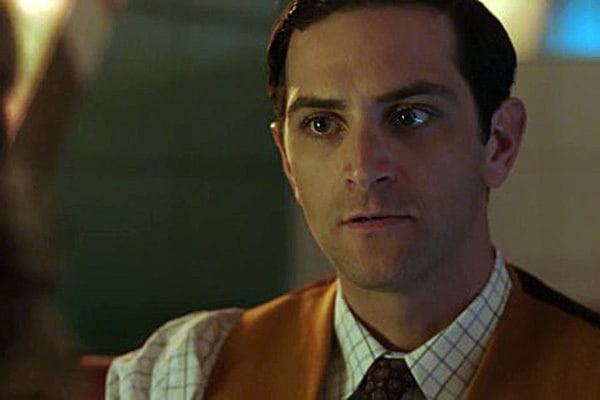 If you predicted that Millie Harcourt’s cousin Edward was gay, well duh. But did you predict that one of our code-breaking heroines was lesbian? That was coded in a historically appropriate fashion but maybe not  as obvious to modern eyes. And this is what I appreciated about the whole queer plot — it wasn’t in-your-face, we’re here, we’re queer, because that would have been too modern. LGBTQ life in the 1950s was deeply closeted and hidden underground because it had to be. American society at the time was repressive, and to be queer was considered as bad as being Communist, meaning an enemy of the state. Gays and lesbians could easily lose their jobs and homes if their true selves were known publicly. (Note: There are minimal legal protections for LGBTQ people today in America and social acceptance is not universal, so let’s not kid ourselves that we’re totally past those old, bad times, m’kay?) 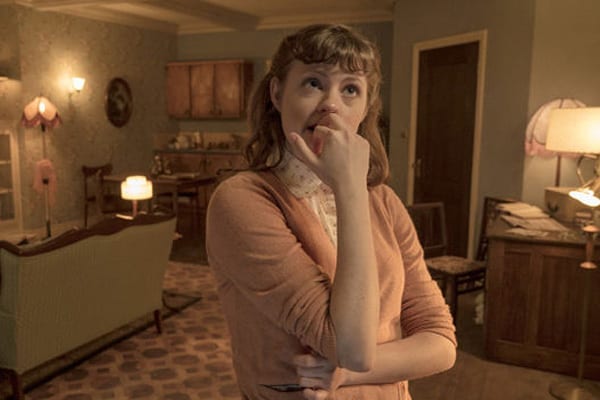 The mystery unfolds as Millie and team discover that Edward is part of the Mattachine Society, an early gay activist organization. Out of necessity, this group did coordinate meetings mostly in secret, which fits in well in the TV show’s plot, giving the main characters codes to unravel. It turns out that a drug-smuggling ring has been using the Mattachine Society’s meet-up codes as a cover and distraction for corrupt police officials. 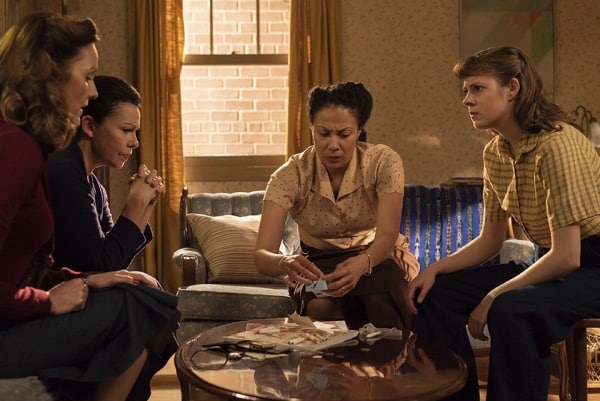 As the women delve into the racket, Hailey reveals her sexual orientation to her wartime boss Iris, who has a fairly negative initial reaction. While the women have been close friends and Iris is shown as Hailey’s mentor, Iris admonishes the younger woman to hide her true self. She even draws a parallel between the discrimination Iris has experienced as an African-American, saying she can’t hide her skin color, but Hailey can avoid discrimination by covering up her queerness. This is, of course, very hurtful to Hailey, which Iris slowly realizes. But the exchange feels appropriate to the period — LGBTQ people were not encouraged to come out in this pre-Stonewall era, although some family and friends might have been accepting of individuals. This is why organizations like the Mattachine Society (and its lesbian cohort the Daughters of Bilitis) were secretive and tended to promote quiet assimilation of their gay members into mainstream society. 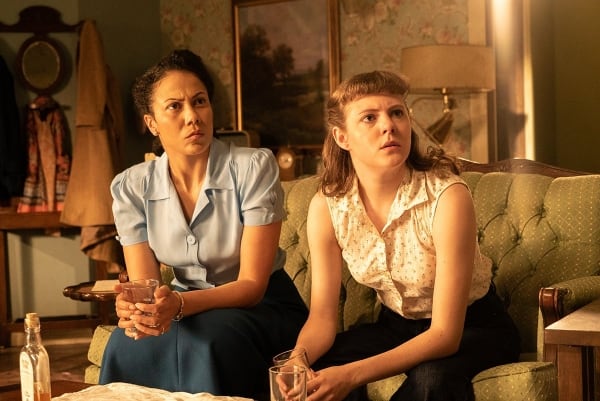 While the Bletchley Circle: San Francisco ties up this mystery neatly, they don’t entirely gloss over the revelation about their own friend’s life. Iris comes to an acceptance of Hailey, and this is obliquely referred to in the following episodes. I’m interested to see if anything further develops if the series gets a second season. 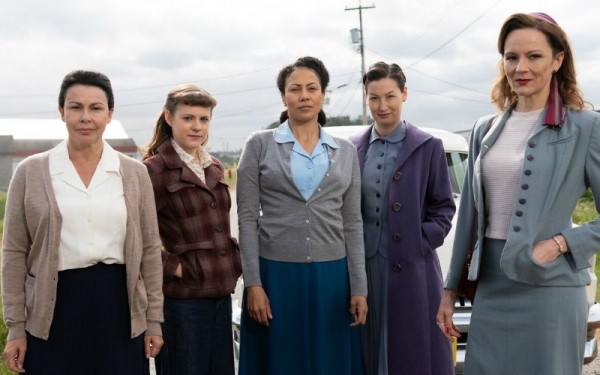 Have you kept up with The Bletchley Circle: San Francisco (2018)?