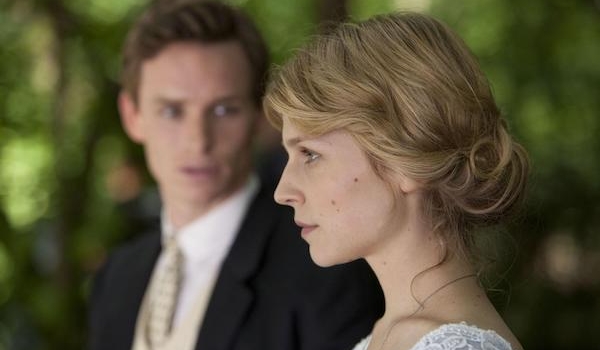 I’ve had this book in my “to read” pile for years, and never gotten around to it.  Yay! said I, when I heard there would be a TV adaptation.  I can decide if I like the story enough to read the book!  The answer:  nope. I’m not sure if it’s the plot or the production, but it just felt totally lackluster.

Stephen is an Englishman who meets and falls for the married Isabelle, and she for him.  World War I intervenes, and Stephen has a miserable time in the trenches.  The two find each other again, but are ultimately parted by Random Issues That Would Never Really Keep Anyone Apart.  This all (minus the ending) sounds okay, right?  But it’s just a big ball of MEH.  Neither Redmayne nor Poesy give an inspired performance, and their characters are relatively spineless and annoying.

Visually, it’s fine, but the costumes are very “Hey! We’re casual people wearing modern clothes!”  That’s not to say I think they should be dressing like the Tsar/Tsarina of Russia, just that there are ways to make middle class clothing interesting, but the costumer doesn’t do so here