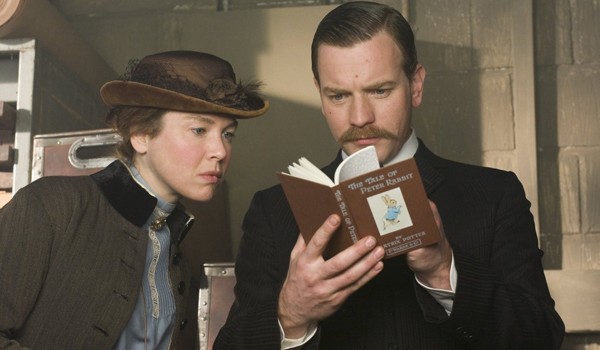 True confessions: I am a HUGE fan of Beatrix Potter’s books and illustrations. Yep, bitter old goth Trystan has a soft spot. Shhh, this will be just between us! Here on July 28, Helen Beatrix Potter’s birthday in 1866, it seems appropriate to review the only fictional movie made about her life that was as quirky and odd as her children’s books are quirky and delightful to both generations of kids and this bitchy old queen alike. The movie, Miss Potter (2006) is not quite as odd or delightful, though it tries to be more than just a straight-ahead biopic. It’s a good telling of Potter’s life story, without veering into treacle or wild sentiment, but it does suffer a little in making Beatrix out to be a very odd duck indeed. 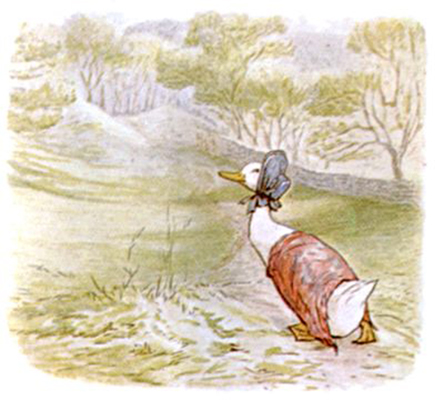 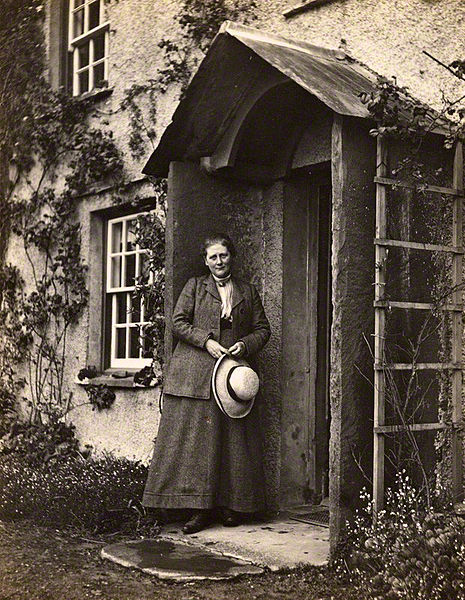 Photo of the real Beatrix Potter in 1913.

Renée Zellweger plays the main character, and she’s solid, if not stunningly compelling. I think someone told her that Beatrix being a 30-something spinster in Edwardian London meant that the woman was a bit mentally daft or was considered so, and thus Zellweger gives Potter a batty twee edge. The film also indulges in animating the Beatrix Potter illustrations here and there throughout the story, both when Beatrix is a little girl and when she’s an adult (in fact, more often when she’s an adult, adding to the ‘wacky spinster artist’ trope). I can’t decide if I liked the animations or not — let’s just say they didn’t add much. 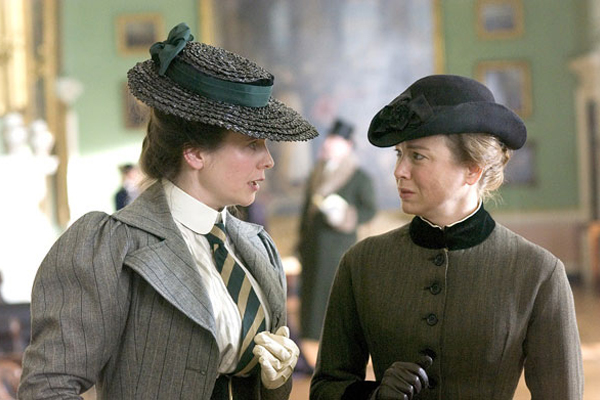 Beatrix makes friends with her publisher’s sister, another spinster, & they discuss spinster stuff, as you do.

The biography begins with Beatrix trying to sell her book of The Tale of Peter Rabbit and follows this first book’s success and her growing relationship with her publisher, Norman Warne, played by Ewan McGregor. Yep, there’s a love story, but this is the most chaste romance I’ve seen on screen since 1952, so between the animations of Peter Rabbit and Jememia Puddleduck, the flashbacks to Beatrix and her brother playing in the lush hills of England’s Lake District, and the “you’re not the boss of me!” fights between Beatrix and her mother, this would be an perfect movie to watch with young kids, especially girls. 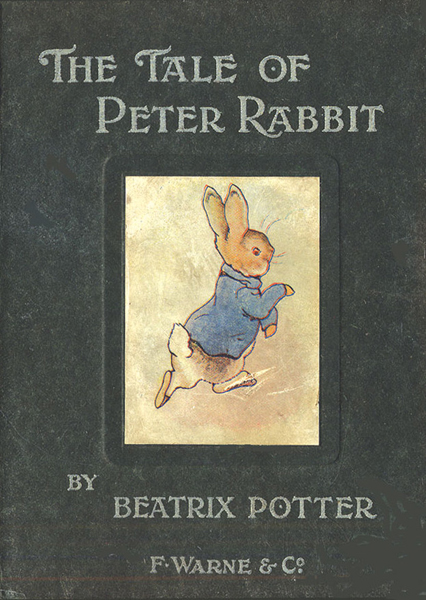 The Tale of Peter Rabbit, first edition from 1902.

The costumes are well done by multiple Best Costume Oscar winner, Anthony Powell. Everything Beatrix wears is simple and severe, while her social-climbing snob of a mother is ostentatious and fashionable. This is most noticeable in the flashback scenes to the 1870s where mom is in elaborate bustle gowns and the Christmas party in 1903 when mom and her high-society friends are draped in lace, pearls, and tiaras. 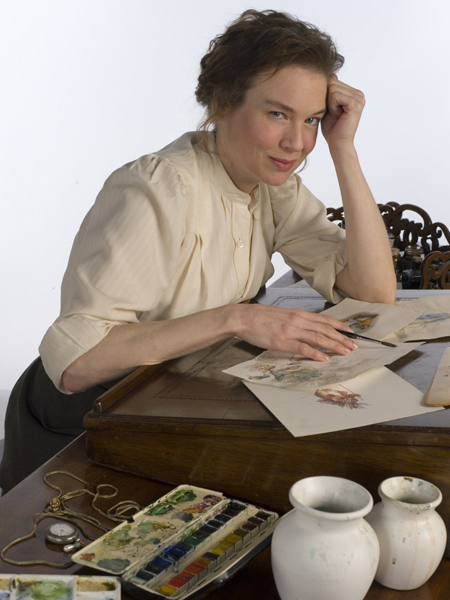 Publicity still showing one of the many shirtwaist-blouse outfits Zellweger wears in this film. 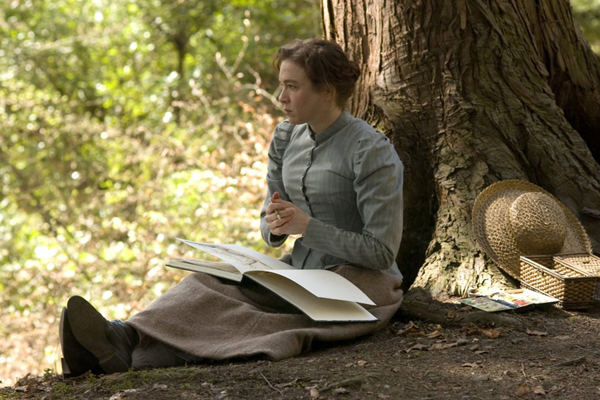 However, the best visuals aren’t the costumes or the animated rabbits — it’s the landscapes. The film frequently takes us to Potter’s beloved Lake District, which inspired her drawings starting as a child and eventually became her home. During my first trip to the U.K. decades ago, I made a pilgrimage to Beatrix Potter’s world there, and while the film doesn’t actually use her former house (now a National Trust property), it shows so many similar views that you get a feel of where all her little animals and the many plants she drew were from. The movie also goes into Potter’s land conservation work, which is a really nice touch, thus avoiding a cliche Hollywood “happy ending.” 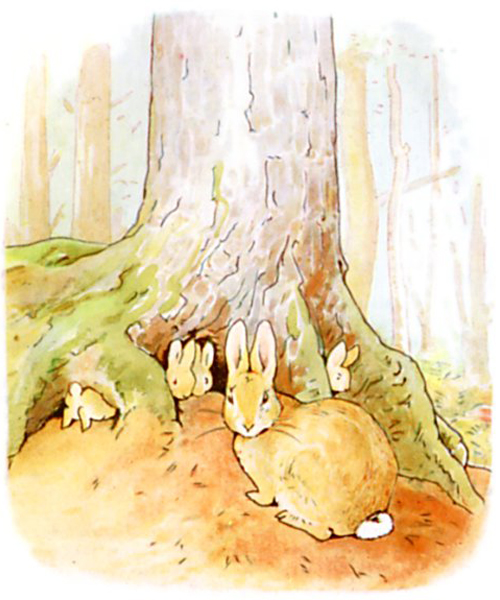 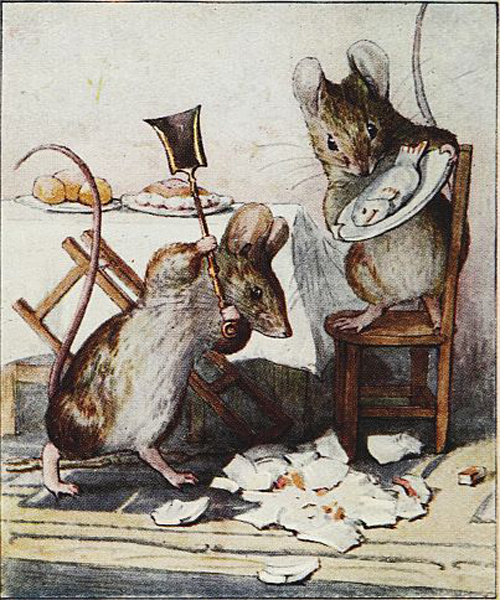 From The Tale of Two Bad Mice, my favorite of Potter’s books, which gets a backstory in this movie.

If, like me, Beatrix Potter has a special place in your cold, dark, little heart, or if you’re looking for a movie you can watch with the younger set, give this one a try!