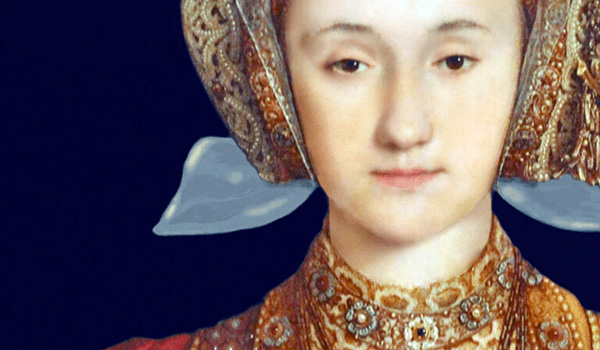 Anne Boleyn got all the attention for ages. Something about a break with the Catholic Church and the Reformation, perhaps? Historical manic pixie dream girl Jane Seymour got an award-winning book and TV series named after her family’s house (even if the story was all about Cromwell). Catherine of Aragon got two seasons of a Starz TV series that glorified her as warrior queen. The last two Catherines get played as a sexpot and a nerdy religious nut, respectively, while this Anne in the middle is naught but a fat, ugly footnote in Henry VIII‘s marital history. #JusticeForCleves people!!!

On January 6, 1540, Anne of Cleves married the English king and was, for a short six months, queen of England, till their marriage was annulled, and she became “the King’s Beloved Sister.” Anne lived out her days in England until her death in 1557, outlasting Henry and any his other wives. Yet she’s gotten cursory appearances in film and TV, mostly focusing on her Germanic fashions that differed from the English court and are only shown in the few contemporary images of Anne. 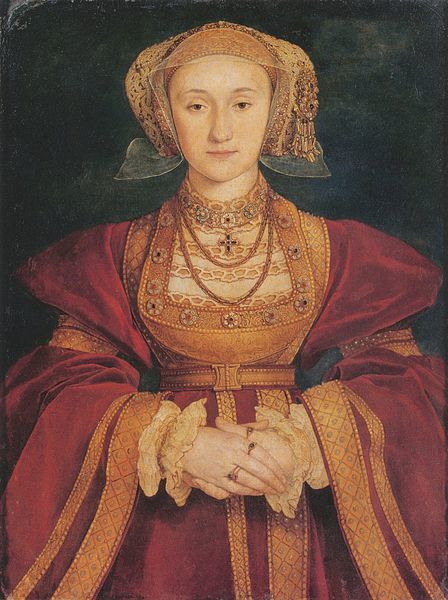 c. 1539 – Anne of Cleves by Hans Holbein the Younger at the Louvre Museum. 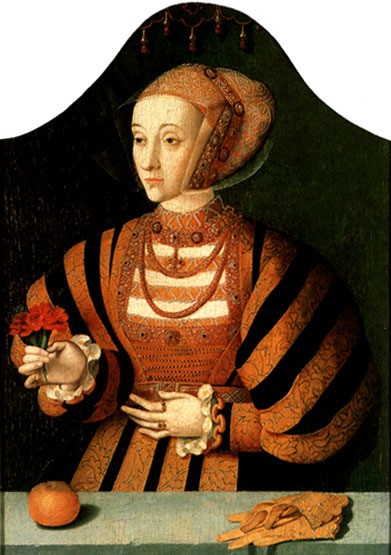 1570s – Anne of Cleves by the workshop of Bartholomäus Bruyn the Elder, via Wikimedia Commons.

When Anne of Cleves shows up onscreen, it’s required that she’s dressed in something faintly resembling one of these two images. But what else do we get? Let’s take a look.

Elsa Lanchester in The Private Life of Henry VIII (1933) 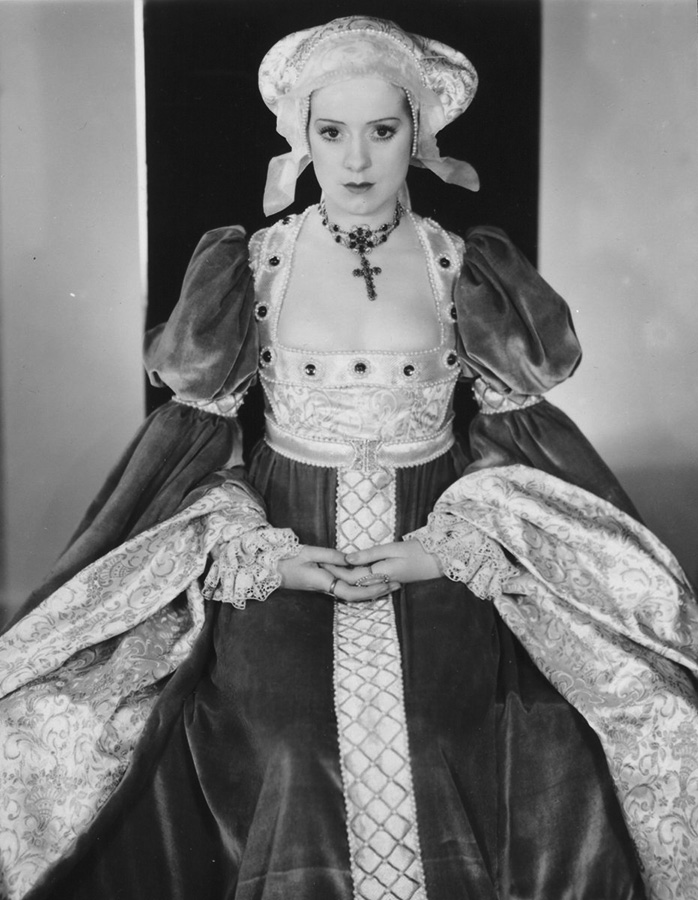 The costume looks pretty darn good for the ’30s! 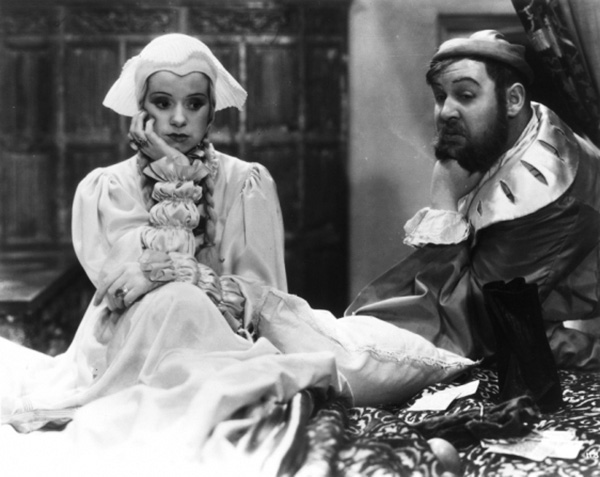 This whole film plays Henry & his wives as a kind of madcap romp, & his dissatisfaction with Anne is likewise played for laughs. 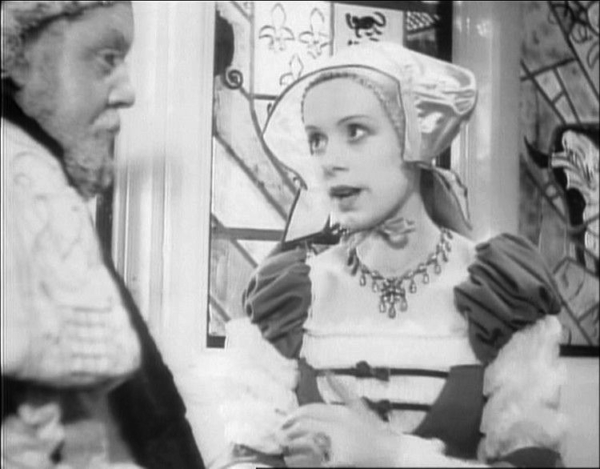 Elsa Lanchester was married to Charles Laughton, who played Henry, so maybe that made it more fun? 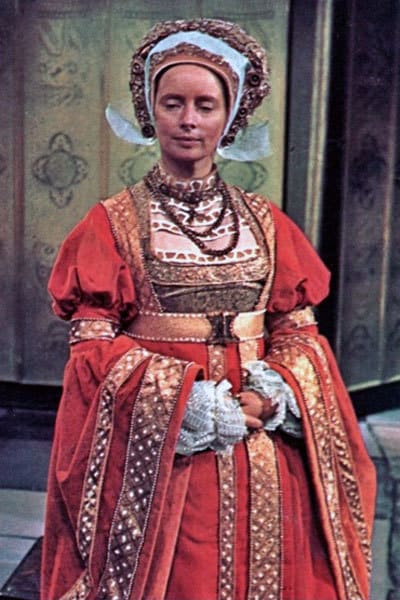 This is the BBC’s take on the story, where each wife gets a one-hour episode. That puts them on equal footing in a way that doesn’t often happen. 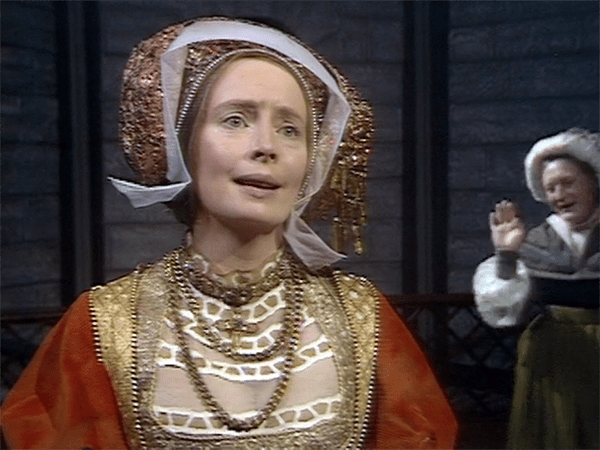 Also, the costumes look amazeballs (even if they’re probably glued-on bits of random stuff, due to budget constraints). 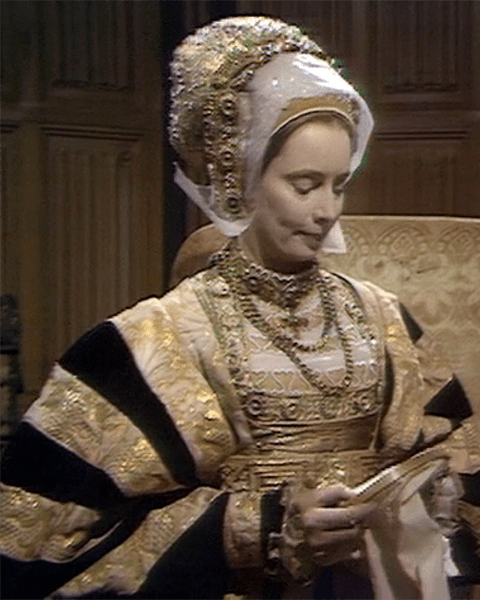 Not only does this Anne dress fabulously, she’s smart & canny, realizing where she stands with Henry & figuring out what she needs to do to get the best out of the situation for herself. 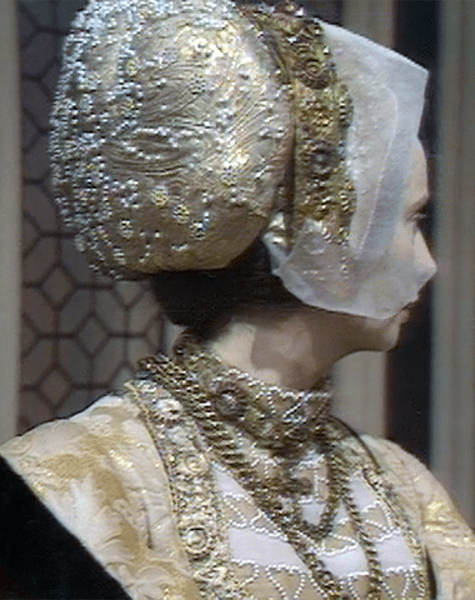 But let’s admire the costumes again. 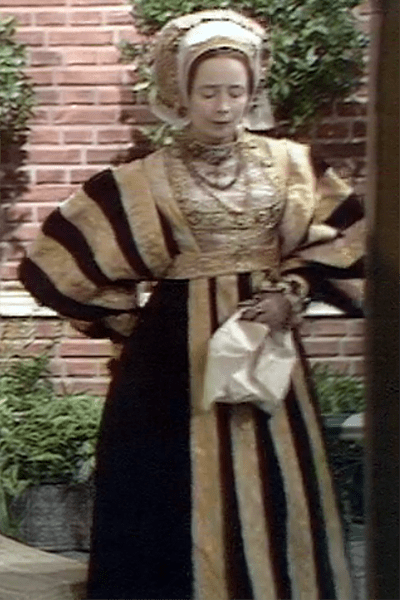 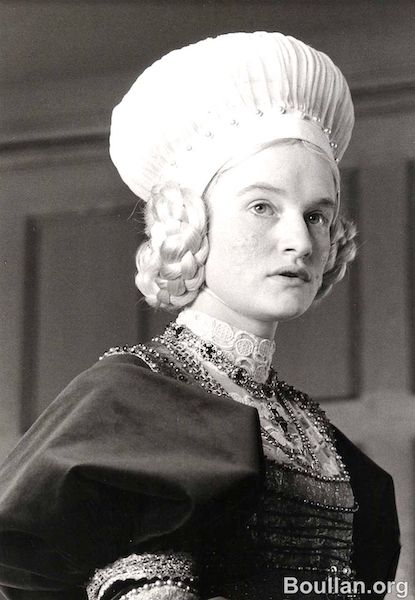 This movie did NOT go with a strict portrait recreation for Anne. Though the hat is Germanic of some sort, & the gown is similar to the first Anne portrait. 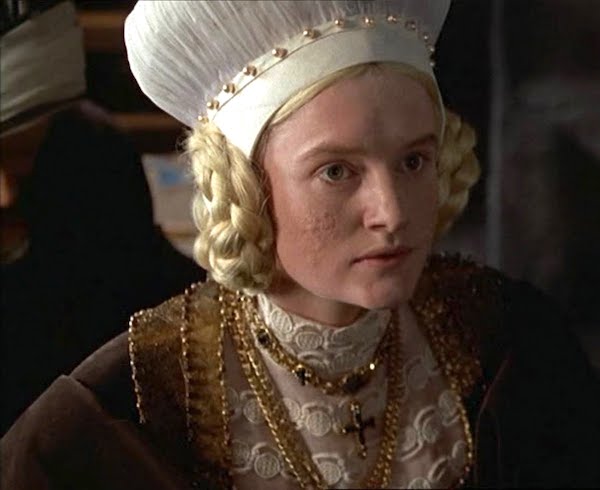 But this Anne is made ugly & like a “country bumpkin” (to borrow Kendra’s description). Not cool. 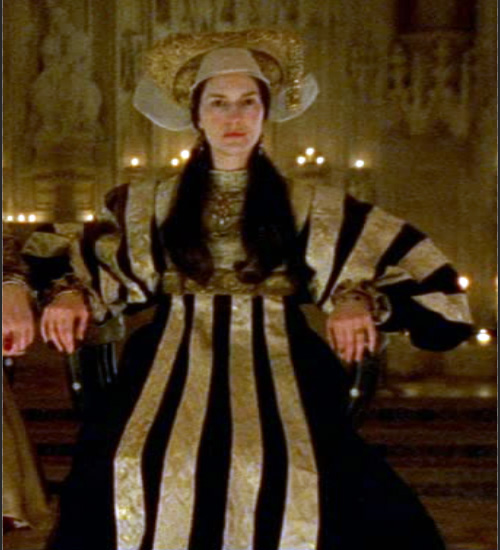 This is a David Starkey docu-drama, & I generally ignore those for SO MANY REASONS. But since there’s a dearth of Anne of Cleves onscreen, & this one’s costumes seemed familiar, here ya go. 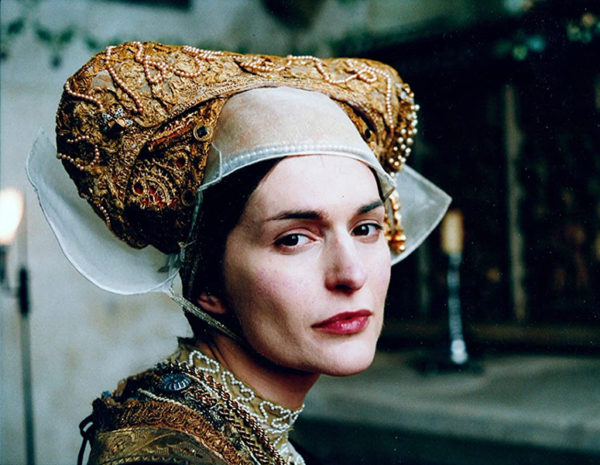 I suspect the costumes for this docu-drama were recycled from The Six Wives of Henry VIII (1970). There’s a lot of similarities, like the little scalloped pearling on the collar. 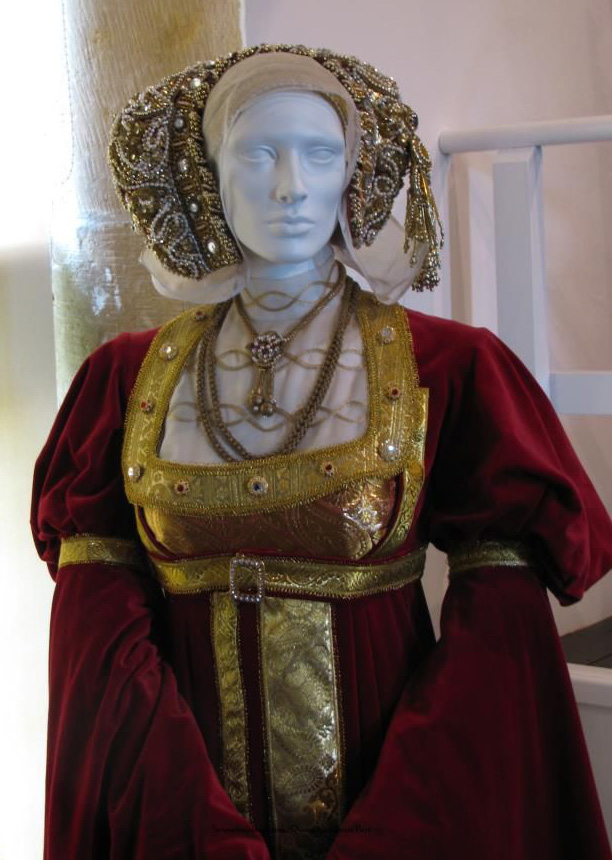 This one was on display as from the Starkey series, but the hat looks like it’s from the ’70s series IMO. 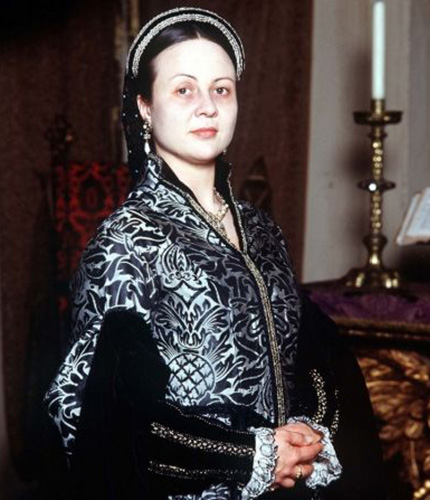 I actively hate this series. It’s a waste of time for everyone involved, & the costumes are all recycled. Nobody was even trying with Anne of Cleves’ wardrobe here. 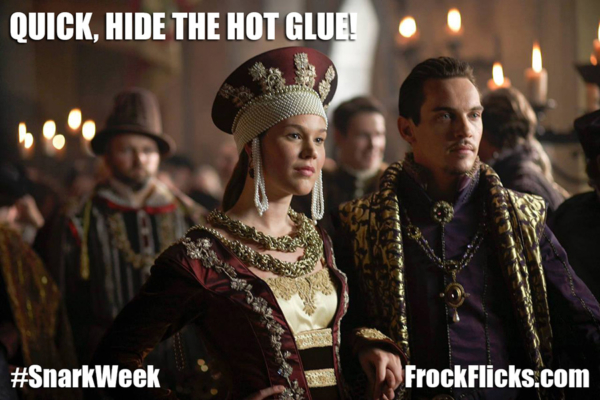 Obviously, the costumes in The Tudors are ridiculous, especially for Anne of Cleves. 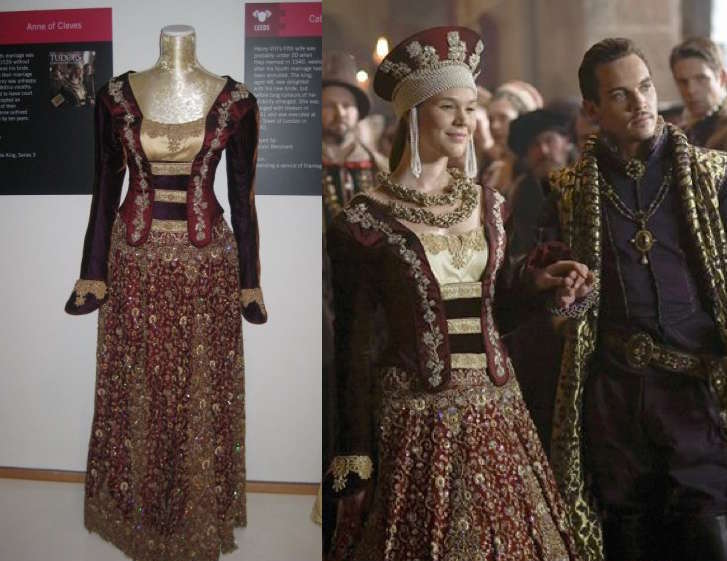 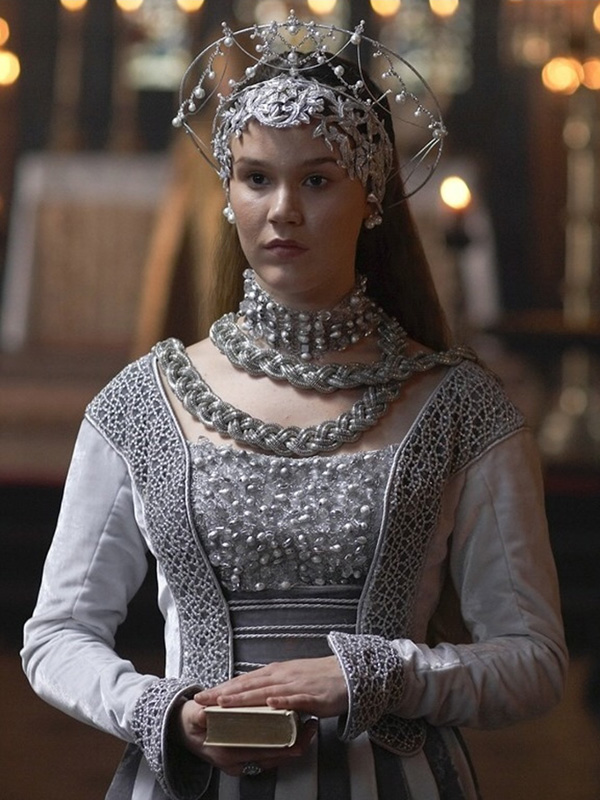 But it’s not as weird as the headdresses! I thought we had an old Snark Week meme about ‘better cell reception’ with this pic, but I can’t find it now. 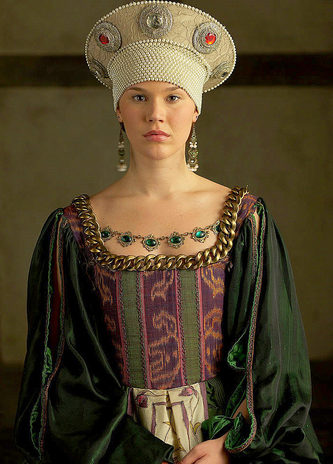 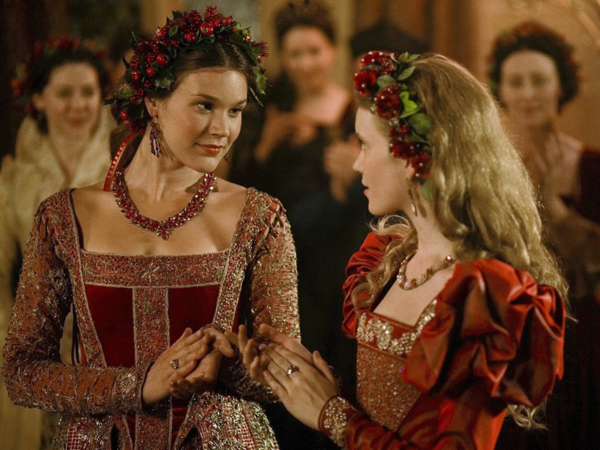 Shitty costumes aside, The Tudors has a really sympathetic & nuanced portrayal of Anne of Cleves. Henry’s dismissal of her is treated like more of a personality conflict than “she’s ugly!” or other cruel BS. Afterwards, she attends court & is friendly with Catherine Howard, Elizabeth, & Mary. She has several scenes with Henry, playing cards & giving him advice, showing them as friends & her as a thoughtful person who’s respected by the king. 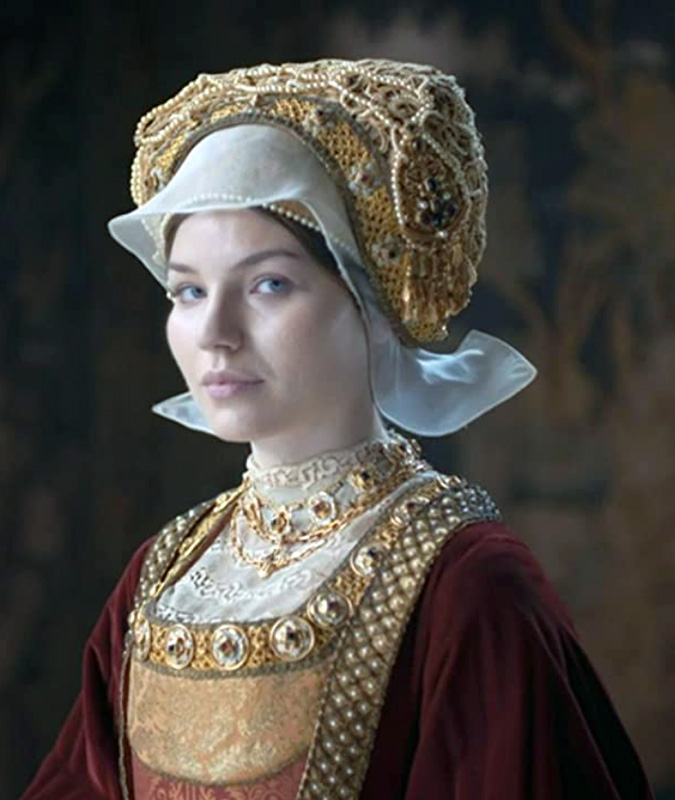 Is this hat recycled from the 2001 or 1970 productions above? Discuss in the comments! 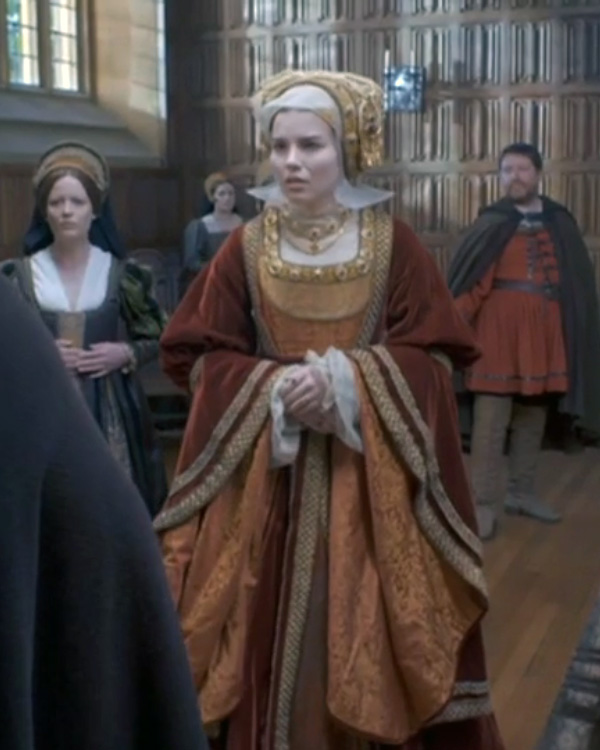 This is another docu-drama, so the portrayal of Anne of Cleves is mostly talked about instead of fully acted, but Lucy Worsley has an infinitely more interesting & comprehensive POV than Starkey. 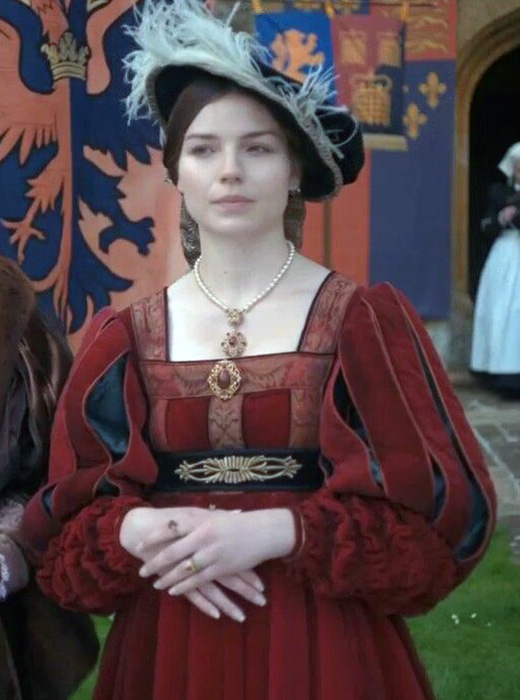 Anne gets a second gown, still Germanic, but not ripped-from-the-portraits, that she wears while watching Henry make the moves on Catherine Howard.

What’s your favorite onscreen version of Anne of Cleves? Do you want to see a proper biopic of this queen?