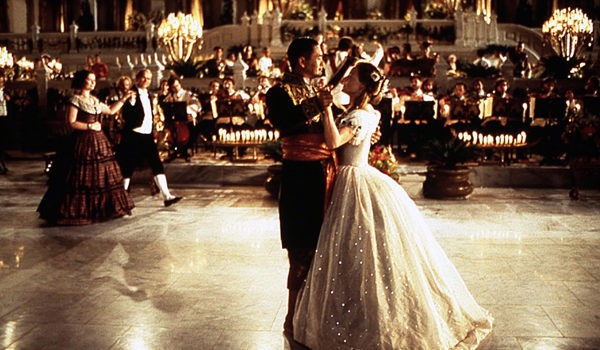 As much as I love musicals (and I really do, especially old-school pre-1970s classics), I never really liked The King and I. But I had this weird idea that the non-singing versions of the story might be more interesting. Well … no. Let’s put it this way — neither Anna and the King of Siam (1946) nor Anna and the King (1999) can fully deal with the fact that this is an ethnocentric story of white people telling people of color how to live. The only upgrade is that the later film has an actual Asian man playing the King instead of a British man. OK, and much more historically accurate Oscar-nominated 1860s costumes by Jenny Beavan. But that still doesn’t make up for the overwhelming cultural imperialism.

Sometimes, you just have to look at movies and ask the hard questions, even when you’re reading a silly costume site, right? We go on and on and on about historical accuracy in clothing, that’s our thing. You could say that depicting the unequal relationships between cultures in a way that favor the more powerful culture IS perfectly historically accurate. The 1860s, when British Anna Leonowens traveled to Siam (modern Thailand) to become a governess for the children of King Mongkut was definitely an era when the British felt they were superior to anyone native to Asia. The original story is told through Leonowens’ eyes, with as much — or as little — introspection into the Siamese characters as an outsider can ever expect. The British point of view and Western way of doing things is automatically considered the best, and everyone else is supposed to get with the program. So while that perspective is historically accurate in some ways, it’s also deeply one-sided and reveals the biases of the times just as much as a 1940s hairstyle does. 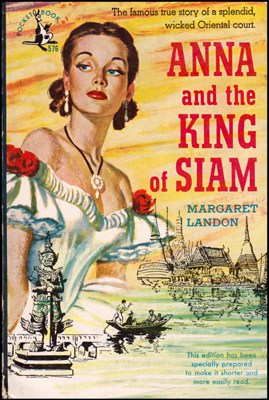 The original stories that Leonowens wrote of her experiences were turned into a fictionalized novel Anna and the King of Siam, published in 1944 by Margaret Landon. That book was a huge hit in America, leading Hollywood to make the first movie adaption in 1946 (and obviously, the Rodgers and Hammerstein musical later). According to an article on TCM.com, the producer at Twentieth Century-Fox, Darryl Zanuck, said Landon’s book was “one of the funniest stories I have ever read” and “the comedy possibilities are enormous.” While he also praised the tale as having “wonderful personal drama” full of “tenderness and conflict,” that he highlights it as a comedy kind of disgusts me, having seen the result. 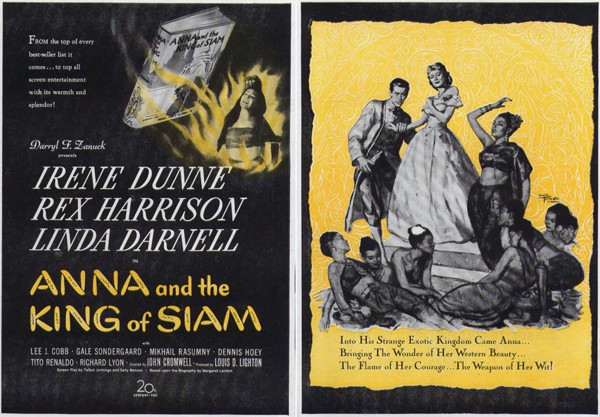 See, the King of Siam is totally played for laughs. Rex Harrison uses patently offensive, sing-songy Asian stereotype vocal mannerisms to speak all his lines, plus he’s made up in essentially yellow face (as much as you can tell in a black-and-white film) with exaggerated eyebrows and weird greasy hair. The plot makes the King look the fool over and over again, and Anna, while sometimes shown to be stuffy and presumptuous, always comes out on top. 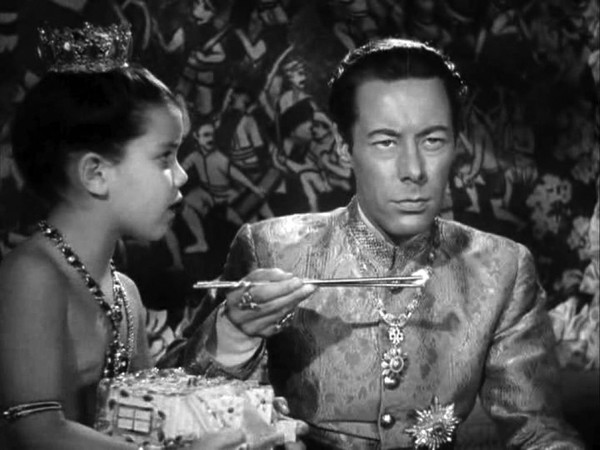 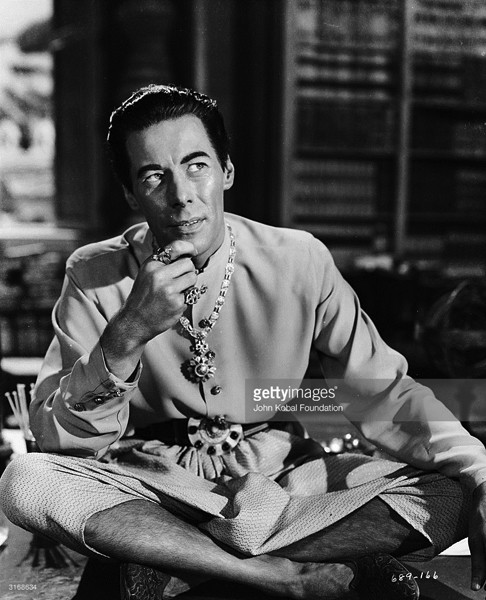 Half a century later, the 1999 version tries very hard to be more politically correct, and yet the script is still taking Anna Leonowens’ novel at face value. Presumably, by casting an Asian man, Chow Yun Fat, as King Mongkut, this version was supposed to be more sensitive to the Asian point of view.  And yet, this is no revisionist tale  — Anna and the King circa 1999 tells the same story as the 1946 movie (or the 1956 musical). Worse still, this film tries to add a frisson of romance between the King and Anna, which feels incredibly forced (they’re each great actors, but they have no chemistry together) and layers on a strange power dynamic. The 1999 King is both more powerful as a ruler and more vulnerable as a man, until he’s not — it’s Anna and her son who save the day and essentially scare off the King’s enemies in the final scenes. Anna rules over him diplomatically by orchestrating a grand dinner (which has some amazing 1860s ballgowns in sari fabrics, btw) and again with her “military” success. The King is not played for a fool, the treatment is more subtle, but he and all Asian peoples and cultures are still shown as “other” and less valid than English / Western culture. 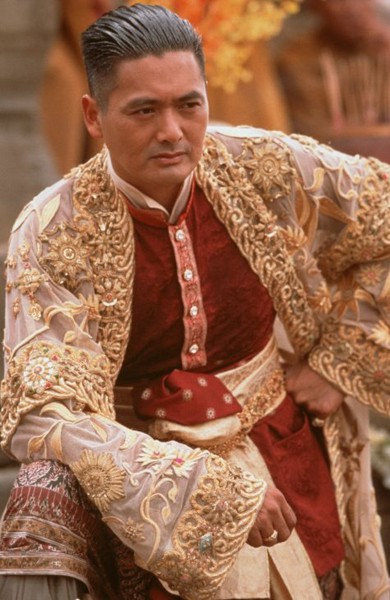 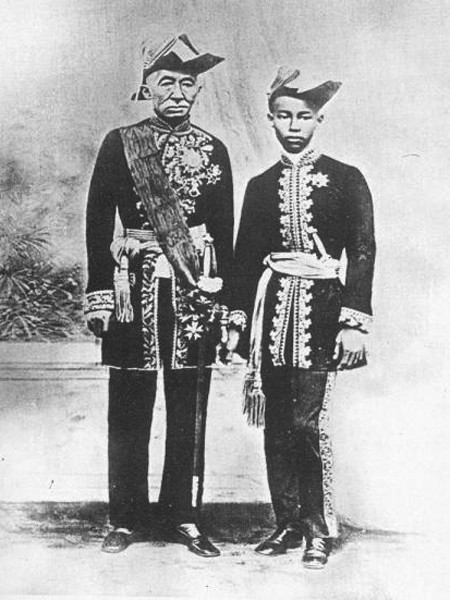 King Mongkut of Siam & his heir, Prince Chulalongkorn, in 1866

Costumes in Anna and the King

The 1999 Anna and the King gets the English 1860s costuming spot-on, thanks to the always brilliant Jenny Beavan, while the 1946 version looks predictably ’40s-ish with big shoulders, pompadour hairstyles, and hoops that appear recycled from Gone With the Wind. Both films make a reasonable attempt at Siamese / Thai costume, although it’s hard to tell if they are simply using modern Thai or 19th-century fashions. In looking for reference material, I did find that throughout the 19th and early 20th century, it was a little trendy among the Siamese court to mix Western styles with their own traditional dress. The resulting fashions are sometimes quite bold for the era, as if to remind would-be colonizers of the country’s independence. 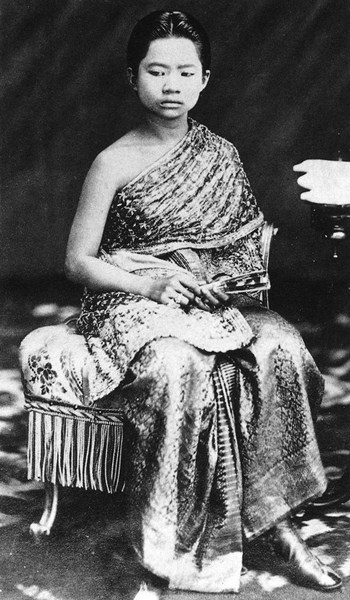 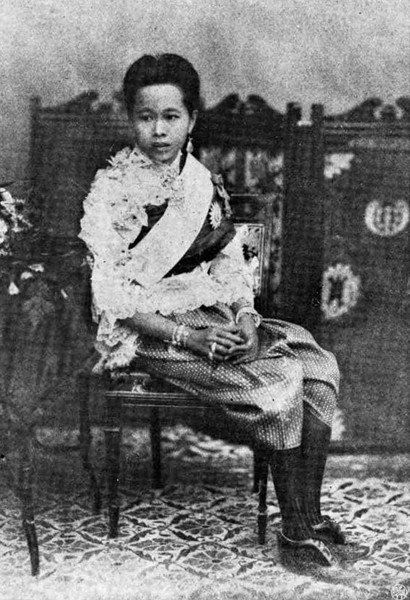 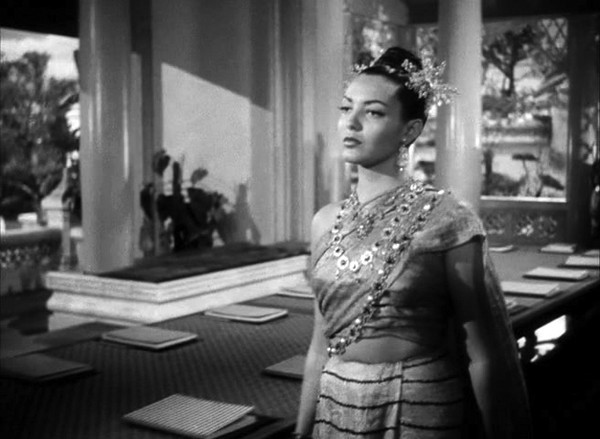 Linda Darnell as Tuptim in Anna and the King of Siam (1946). Obviously not an Asian actress, also a very pointy bra under the costume. 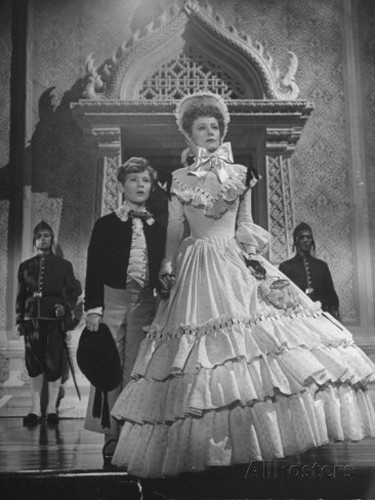 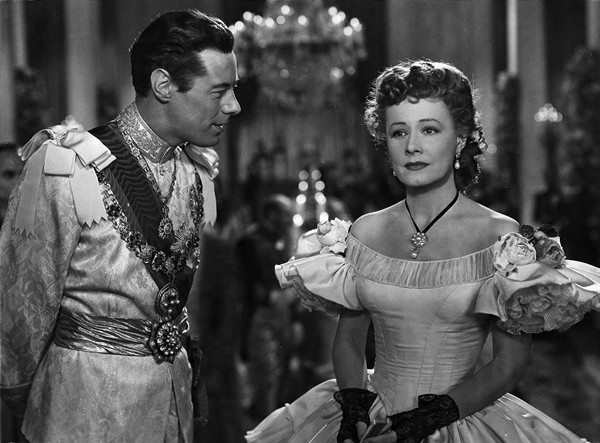 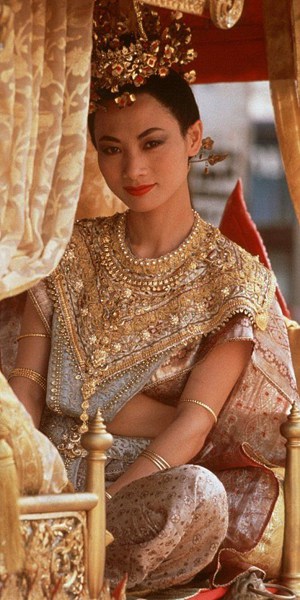 Chinese superstar Bai Ling as Tuptim in Anna and the King (1999). 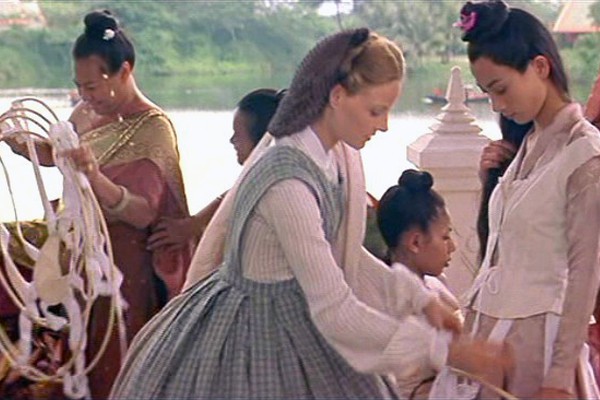 Note the crinoline in the background as Anna fits Tuptim and the court ladies in English gowns for the grand reception. 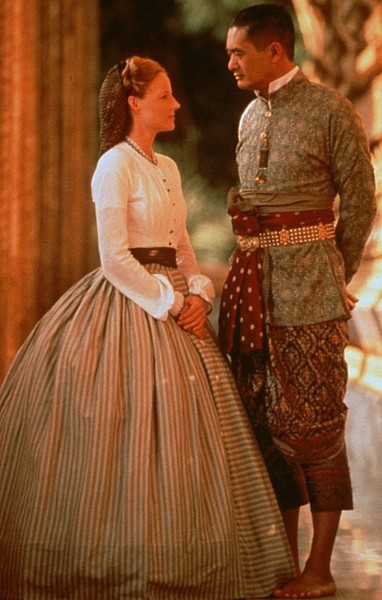 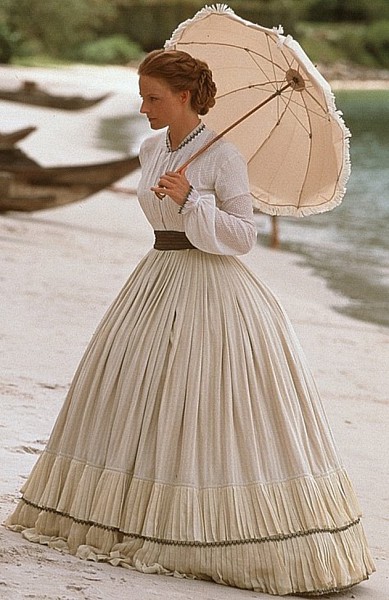 What do you think of the cultural issues and costumes in either version of Anna and the King? What about the musical?