An Ideal Husband is full of fabulous costumes and Rupert Everett being fabulous. The title sequence lets you know right off the bat that this movie is dealing with two things: 1895 clothing and Oscar Wilde quotes. That’s essentially it. Watch it for the costumes or watch it for the witty repartée, it’s up to you. Either way, you’re good.

And a bit of this:

And quite a lot of Minnie Driver expressing a full range of “Bitch please” reactions:

In addition to these things, there are numerous standout costumes by designer Caroline Harris worth mentioning, but if I dealt with all of them not only would I be required to pay royalties to Miramax, but we’d be here all day. Also, the men’s suits are wonderful and beautifully tailored, but face it, late Victorian menswear is not why we usually watch costume movies, because we’d have a lot of conversations that go like this:

“I really liked that black suit.”

“The one with the red rose on the lapel.”

“Oh, it wasn’t as good as the black suit with the white rose on the lapel.”

So, watch the film for the suit eyecandy, but we’re here to discuss pretty dresses. I’ve narrowed it down to the following gowns worn by the three female leads:

Mrs. Cheveley is the antagonist, played by Julienne Moore, and has an outstanding wardrobe, the highlight of which is this gold lamé gown which she insists be complimented by candle light as electric light is “too glaring.” The gown apparently sold in a lot of three other of Moore’s outfits from the film for a disgustingly low price of £540 in 2007. Whoever owns it now, I hope they are wearing the shit out of it because its so damn fabulous it hurts.

Cate Blanchett, playing the intelligent and highly moral Lady Gertrude Chiltern, has numerous lovely gowns in the film, but the most interesting is her “Suffragette” outfit, which consists of smart wool jacket, a chartreuse silk blouse, and a fabulous striped “divided skirt.” 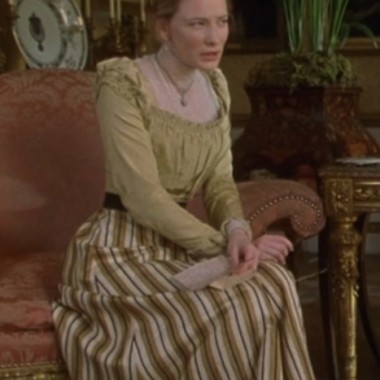 Miss Mabel Chiltern, charmingly played by Minnie Driver, is the younger sister of Lady Chiltern’s husband. Most of her clothing is meh, consisting of dark colors that aren’t depicted that well on film. However, once she realizes she loves Lord Goring, her final two outfits (not including the inevitable wedding gown, which is also pretty meh) are deep red. The “proposal gown” is probably the gown you’re most likely to take away with you after the film is over. It reminds me a bit of something an Edwardian dominatrix would wear. I had a hard time deciding what material it was made out of, since it has the look of polished cotton, but ultimately I decided it’s probably silk something or other… Whatever it is, it’s seriously gorge. 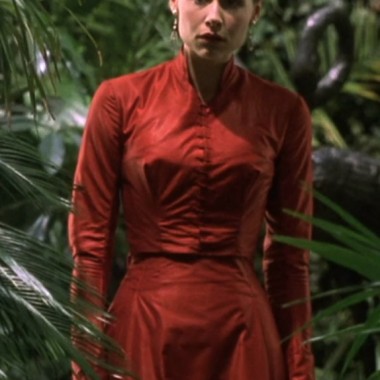 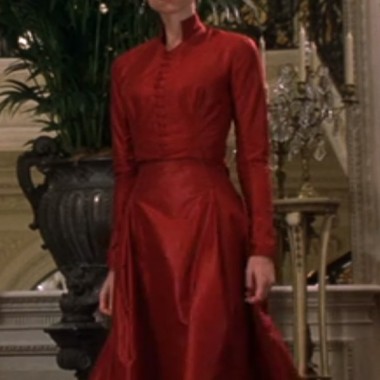 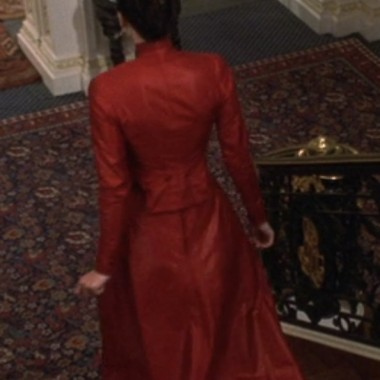 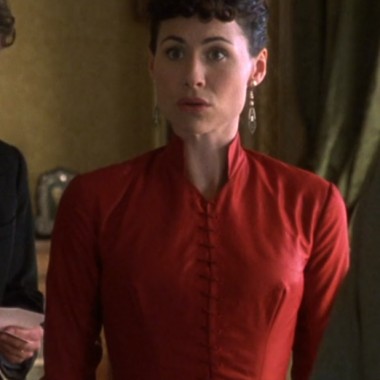 Another gown worth singling out is Gertrude’s pale blue silk day gown, worn for the finalé in the same scenes as Mabel’s red “proposal” gown. It’s such a beautiful color and Cate Blanchett looks beautiful wearing it. In the closeups of her face you can see that the dress practically matches her eyes. 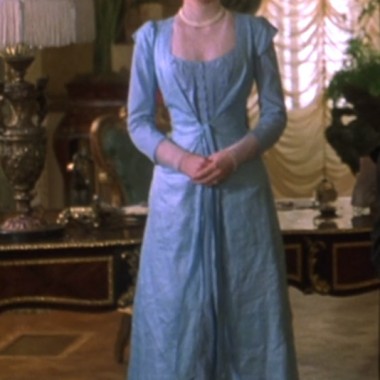 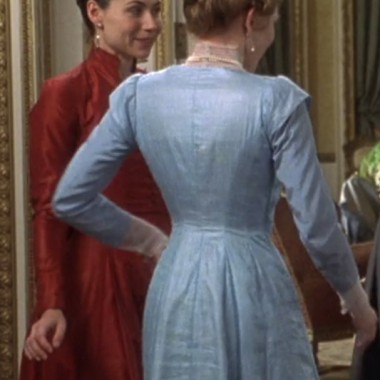 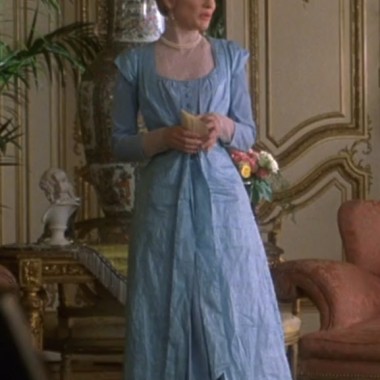 Oh all right, here’s more Rupert Everett being dashing and suave and handsome while not wearing a black suit. 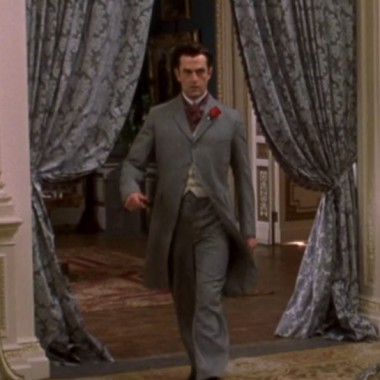 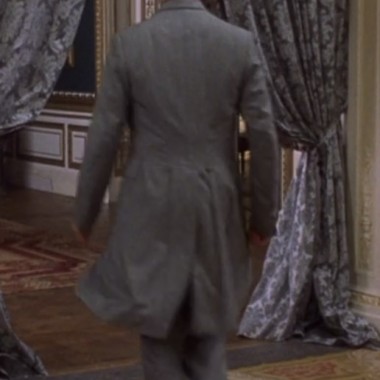 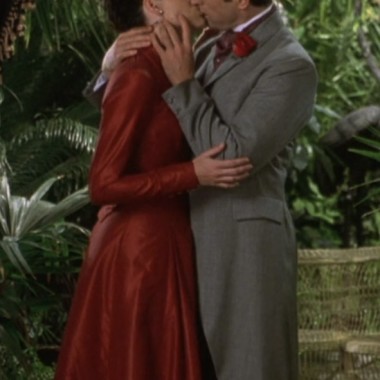