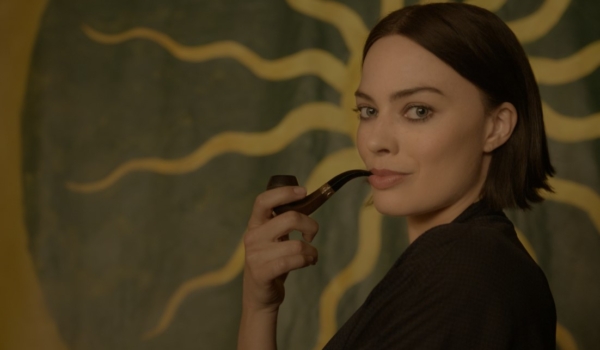 I have been eagerly awaiting the release of David O. Russell’s newest film, Amsterdam (2022), but only just got around to watching it. It stars Christian Bale, Margot Robbie, and John David Washington as three friends who meet serving in Europe during World War I, and then 13 years later, find themselves embroiled in a murder plot to overthrow the American government. Robert De Niro, Rami Malek, Anya Taylor-Joy, and a bunch of other cameos by the likes of Chris Rock, Taylor Swift, and Timothy Olyphant round out the star-studded cast. The costumes were designed by J.R. Hawbaker, known for his work on The Revenant (2015) and another Russell film, American Hustle (2013), and showcase the bohemian side of the 1910s and the fashionable side of the early 1930s.

The movie is a pleasing meander through the eyes of the three main characters as their paths cross, intertwine, untangle, and then tangle up again. Robbie and Washington are total eye candy, and it was nearly impossible to tear my eyes from them in every scene they were in. Bale is at his best playing weird characters, and his doctor in Amsterdam is one of the best roles I’ve seen him in in years. But I had the most fun watching Anya Taylor-Joy and Robbie go toe-to-toe as bickering sisters-in-law. Their chemistry more than any others in the film was a joy to watch.

So, let’s take a peek at the costumes, shall we? 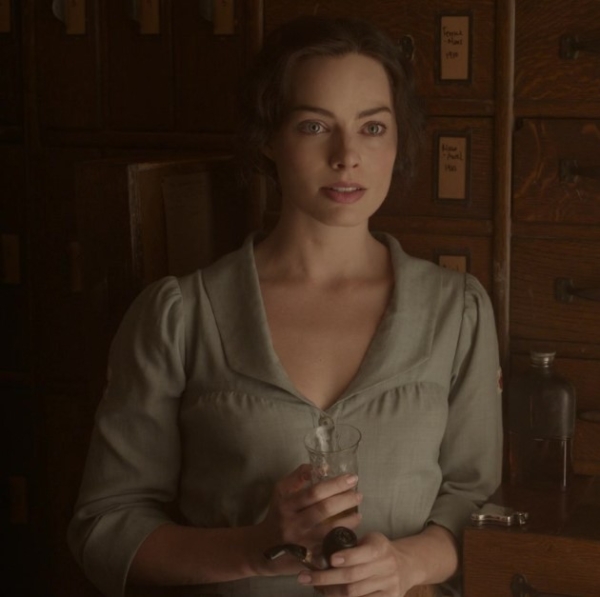 Margot Robbie is introduced as Valerie, an American pretending to be a French nurse during WWI. She meets the two male protagonists when they fall under her care in a French hospital after being shot to hell in battle.

John David Washington as Harold Woodman, and Christian Bale as Burt Berendsen, are thrown together on the front lines and forge a lasting bond protecting one another. 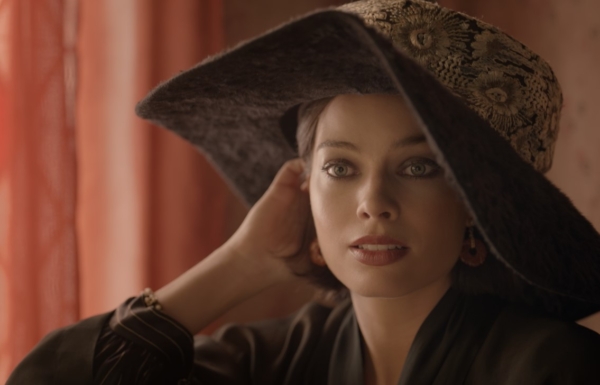 I kept thinking that Robbie was giving mad Linda Evangelista circa 1992 vibes in many of the scenes from the 1918 segment of the film. God, she’s gorgeous. 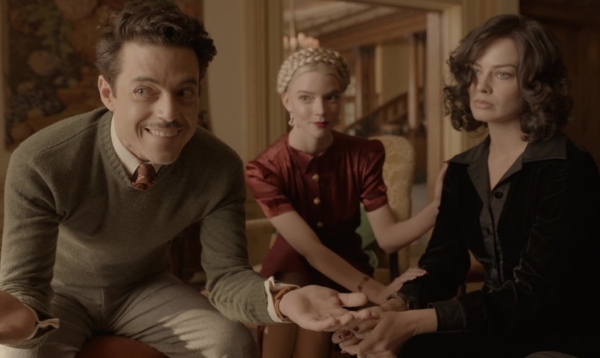 Thirteen years later, the trio are thrown back together while trying to piece together a murder of a famous general and his daughter. Turns out Valerie is not who she said she was in Amsterdam, but she can help solve the mystery. 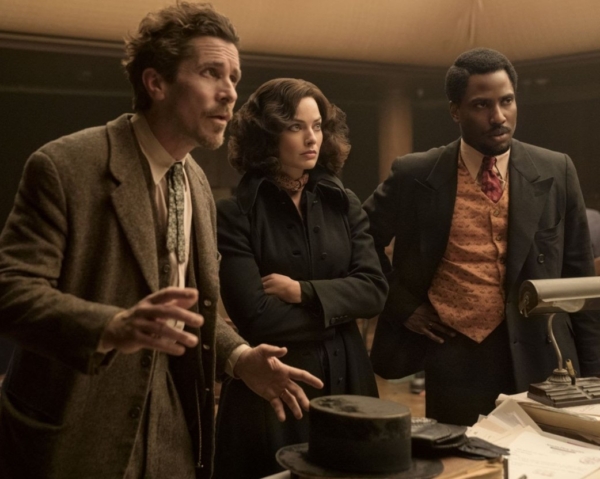 Our trio go seeking answers anywhere they can find them. I loved Valerie’s look in this scene, but there’s really no good shots of it. She’s wearing a black blouse, black trousers, the black coat, and the threadbare silk hat on the desk in the foreground. 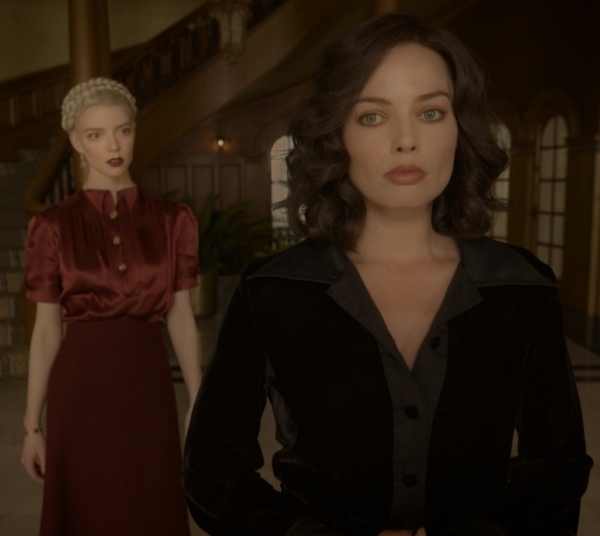 Valerie consistently dresses in black throughout the film, setting her apart from the rest of the female cast (almost all of them wear shades of red in contrast). 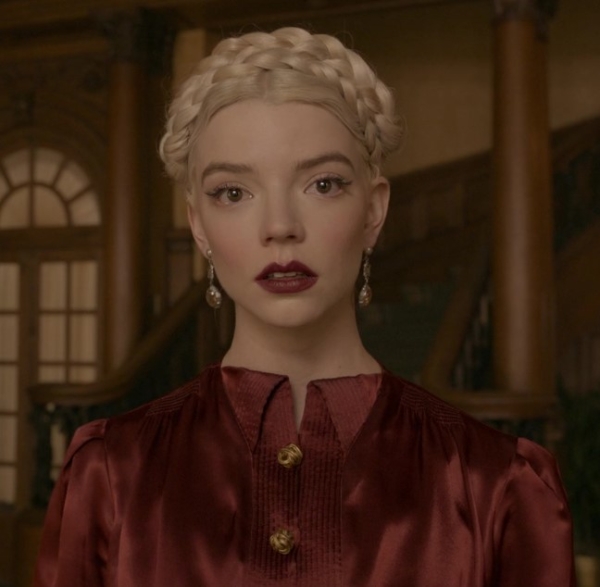 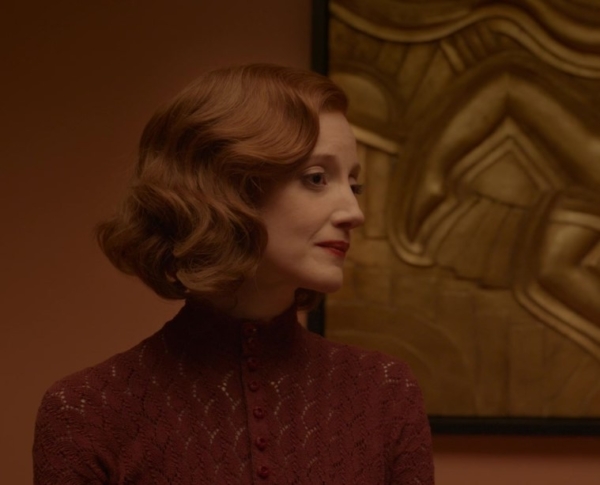 Burt’s estranged wife, Beatrice, who is extremely well-connected but has some difficulties reconciling her affection for her Jewish veteran husband with her Park Avenue socialite life. 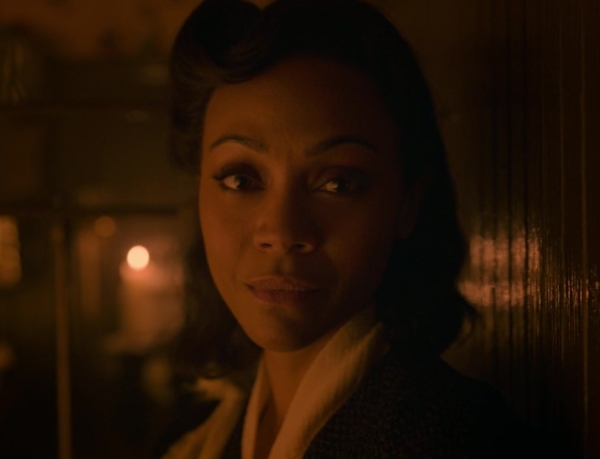 Zoe Saldana, literally one of the most beautiful humans on the planet, plays Irma, a coroner who helps Burt investigate the cause of death of the General. She is largely covered up in most of her scenes, so the costume is hard to document, but her hair and makeup are on point. 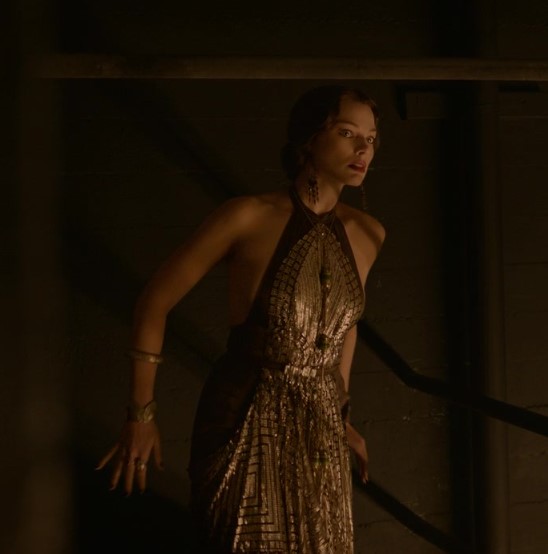 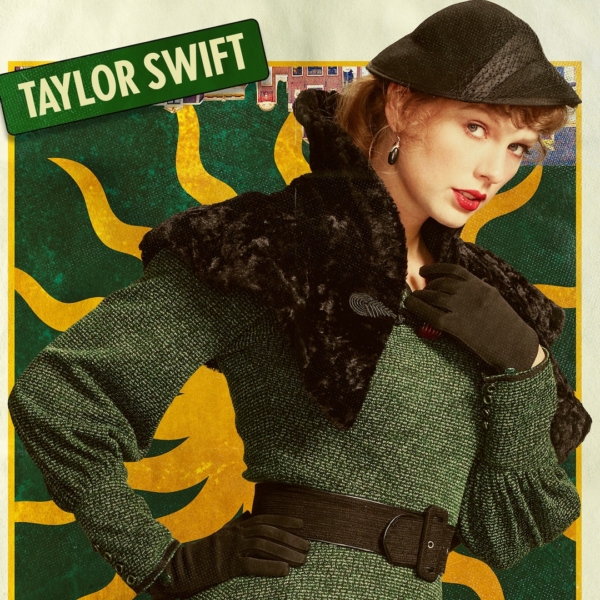 I tried really hard to find a shot of Swift’s costume in the one scene she’s in, because it really well done. Unfortunately, this is the only pic that shows the most of it that I could find, so please don’t come after us for copyright infringement, E! Online.

Have you seen Amsterdam (2022)? Tell us about it in the comments!