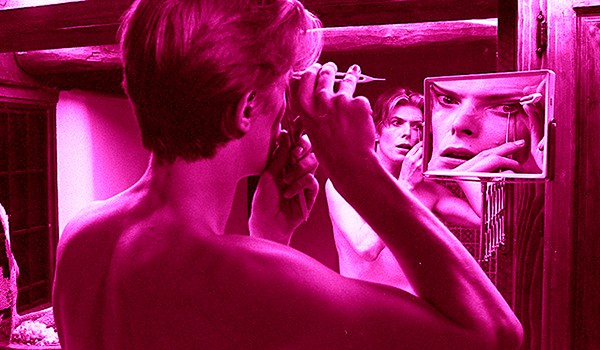 Controversial opinion ahead: No, I don’t always care if an actor looks exactly like the historical figure she or he is portraying in a frock flick. That’s what the costume is for. I don’t need the actor to be X feet tall or have the same shape of nose or the exact color of hair. A general verisimilitude is all I require from the physical person, and a lot can be achieved through clothing, wigs, padding, makeup, and attitude.

Certainly there are some historical figures who are iconic for looking a certain way, so actors will have to both work on mannerisms of the person and be made-up to appear like them. Think of Gary Oldman as Churchill in Darkest Hour (2017) and Daniel Day-Lewis in Lincoln (2012) and Judi Dench as Queen Victoria in Mrs. Brown (1997) and Victoria and Abdul (2017). This is not to say that someone who doesn’t look like Winston Churchill, Abraham Lincoln, or Queen Victoria could ever play those roles, but it would be harder for the audience to accept and would take more work on the part of the actor because the physical images of those historical figures are so well-known.

But often, the physical attributes of a historical person aren’t essential to the plot. Could most people pick Marie Curie out of a lineup? Does everyone know exactly what Alexander the Great looked like? Yeah, not really. So there’s plenty of leeway for casting actors regardless of appearance.

But what about race and ethnicity? Sometimes it is essential to the storyline, and then, yes, the film or TV show should cast an appropriate actor. The days when blackface or yellowface go uncriticized onscreen are behind us (I hope). But conversely, if race / ethnicity are not crucial to the plot, then it shouldn’t matter to casting actors either. Yeah, that’s probably a controversial opinion too, as evidenced by some Snark Week comments on my non-issue with Gemma Chan being cast as Bess of Hardwick in the upcoming Mary Queen of Scots (2018).

One commenter asked why it’s not OK for English actress Flora Robson to play Chinese Dowager Empress Tzu-Hsi in 55 Days at Peking (1963), but an Asian actress can play a white historical figure. The example of Flora Robson was a movie about the 1900 Boxer Rebellion against foreigners in China, where ethnicity and issues of colonialism play an important part in the story. Having white actors in all the lead roles reinforces the ethnic hegemony, and that’s not a nice look. 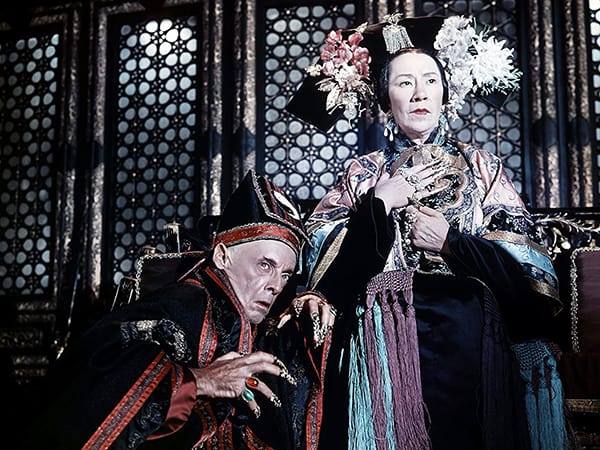 In contrast, telling the story of Mary Queen of Scots’ imprisonment by Bess of Hardwick would not be enhanced or changed at all if Bess was strictly of English descent with perfectly white skin. Ethnicity is not a critical element of that tale. I can’t see where race relations are going to affect the character development, narrative structure, or world-building of the actors or director in this production.

Now, she could have more accurate costumes to better look the part, that would help a whole hell of a lot. But her being not-Asian isn’t going to make the film oh-so-perfectly accurate by default. The actors could be black, brown, frickin’ blue-skinned Andorians from Star Trek, and it wouldn’t matter because this new Mary Queen of Scots movie is going to be a trainwreck in terms of historical accuracy based on the costumes alone, so don’t even start complaining about one actress of Asian heritage (besides, Gemma Chan was born in London, England, folks). 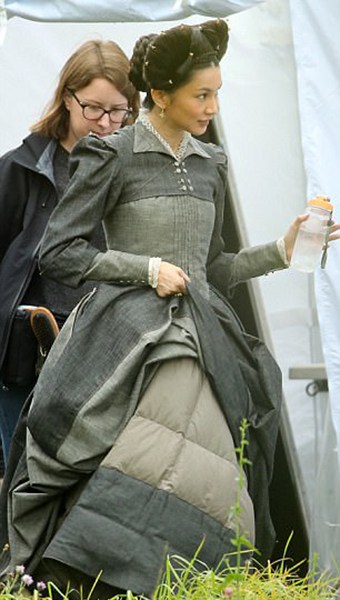 I look at this and am annoyed by the Mickey-Mouse-ears hair, the crop-top partlet, the random pleats in the center of the bodice, the WTF-is-that-denim? for the whole gown, and apparently a sleeping bag for a farthingale. Yeah, IDGAF that she’s Asian.

When we nitpick costumes for historical accuracy, that’s because they are being purposefully made for a production. The designer, director, producers, and Powers That Be are making conscious choices about how to dress the people and how visual story will be told.

Someone is making a choice about the actors too, but in Hollywood (and the rest of the movie/TV industry) the default setting is “white Euro-centric,” also “tall, thin, young,” and “unnaturally pretty by conventional standards” along with “able-bodied” and “heterosexual.” So those choices are all very obvious, and none of them have much to do with historical accuracy. Because many famous historical figures were were not as conventionally beautiful, tall, thin, able-bodied, or heterosexual as Hollywood forces actors and actresses to be. For just one small example, with her Hapsburg chin, Marie-Antoinette was nowhere near as pretty as Kirsten Dunst, but we buy into Dunst’s portrayal of the queen in 2006 because of Sophia Coppola’s excellent script and direction, combined with Milena Canonero’s stunning costumes. 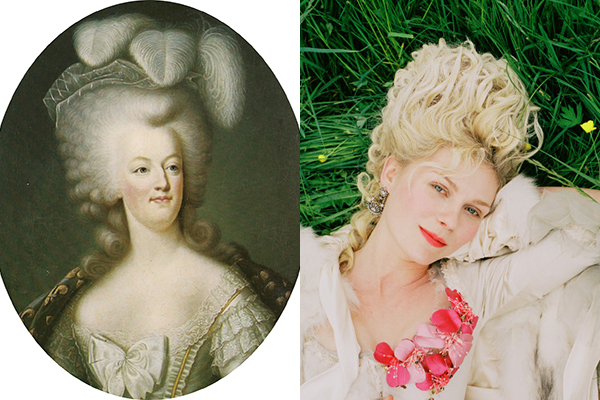 Portrait of Marie-Antoinette, 1785, by Joseph Boze, compared to Kirsten Dunst.

So when people fall back on “historical accuracy” as an excuse for why people of various races/ethnicities shouldn’t be cast in certain historical roles, well then, neither should only beautiful people or thin people or tall people. The point is, it’s ridiculous to ask for exact reproductions of human beings. Sometimes we don’t know what they exactly looked like, and sometimes we just don’t appreciate the reality of what they looked like. And most of the time, it simply doesn’t matter if an actor’s nose shape, skin color, height, or hair is precisely the same as the historical person he or she is portraying.

If an actor is wearing a historically accurate costume, and he or she is a good actor with a good script, that’s what really matters, IMNSHO.