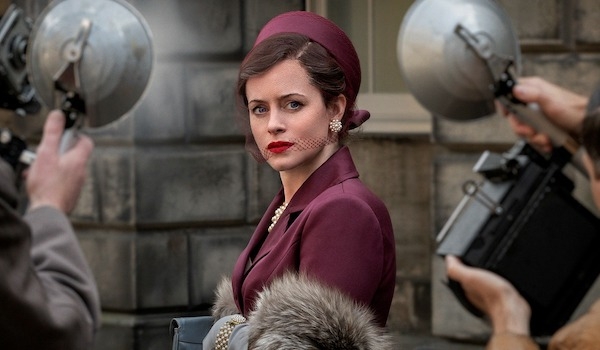 A Very British Scandal comes to Amazon on April 22, 2022, for American viewers (it was released last year in the UK), and you’re definitely going to want to watch it! This three-episode miniseries stars Claire Foy as the real-life Margaret, Duchess of Argyll, and chronicles her marriage to and divorce from the Duke of Argyll (Paul Bettany). The film starts in the 1940s and goes through the early 1960s … and the story is FASCINATING. It might be old hat to Brits, but I’d never heard of the duchess or her very scandalous divorce, and I was riveted by the interesting story and the great acting. 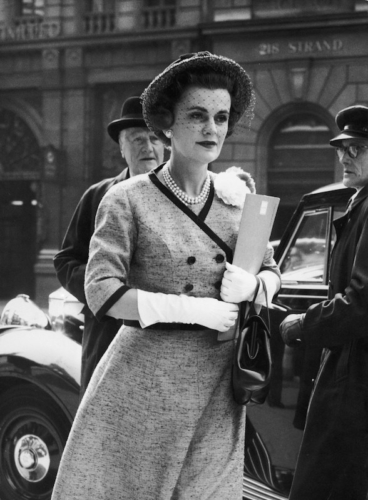 The real life Margaret Campbell, Duchess of Argyll (1912 – 1993) during her divorce in 1960 (Photo by Central Press/Hulton Archive/Getty Images)

The costumes were designed by Ian Fulcher, who was nominated for a well-earned BAFTA, and they are GLAM GLAM GLAM and SEX-AY. You’ll be amazed at how he and his team worked with period fashions to really emphasize just how sexy Margaret was considered. Fulcher told Vogue,

“From the beginning, I decided to avoid faithfully recreating the Duchess’s most famous outfits. The fashion is more about capturing the essence of Margaret, and her powerful sexuality” (The Making Of Claire Foy’s Sumptuous A Very British Scandal Wardrobe).

“I always kept the silhouette very figure-hugging because it was about her being empowered in her sexuality” (A Very British Scandal: Tune In For Sex, Scandal And High Fashion Stakes). 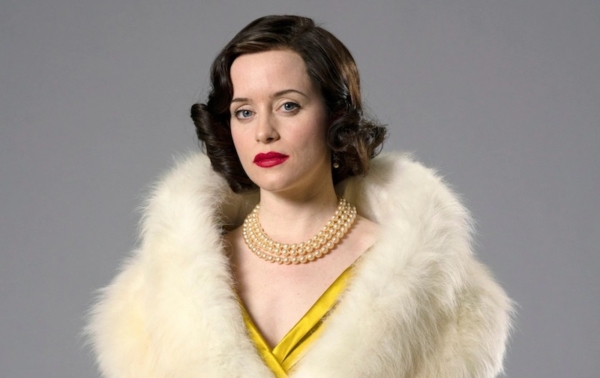 Fulcher talks about how Margaret used clothing and glamour: “Margaret had a keen understanding of the power of clothes as armour” (A Very British Scandal is the sexiest, most stylish TV of the year). 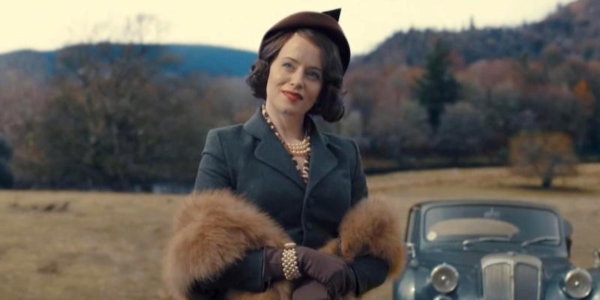 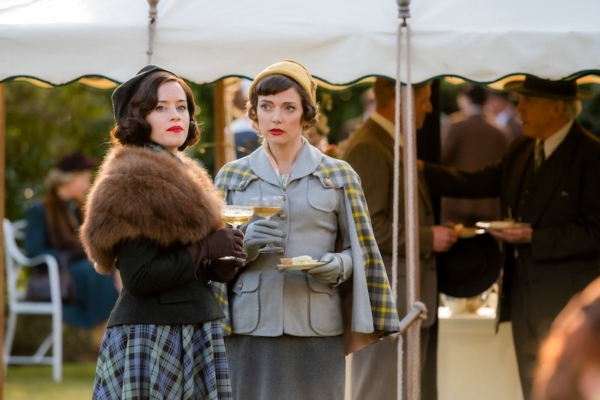 At the opening of the refurbished Inverary Castle, which Margaret spearheaded, she wears Argyll plaid in a decidedly un-tweedy way. 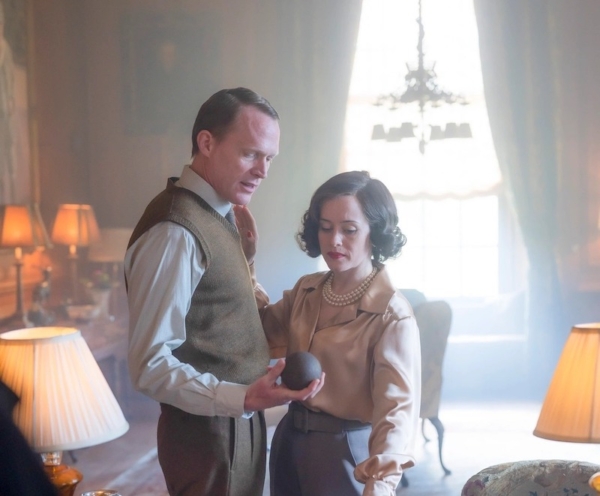 Even in more casual clothing, she’s got hair done just so, red lipstick, and pearls.

Fulcher didn’t try to recreate specific outfits. Instead, he told Grazia, he was looking for the “essence” of Margaret, which he expressed in “fitted silhouettes, smattering of animal prints and the sumptuous fabrics of silk and Venetian wool” (A Very British Scandal is the sexiest, most stylish TV of the year). 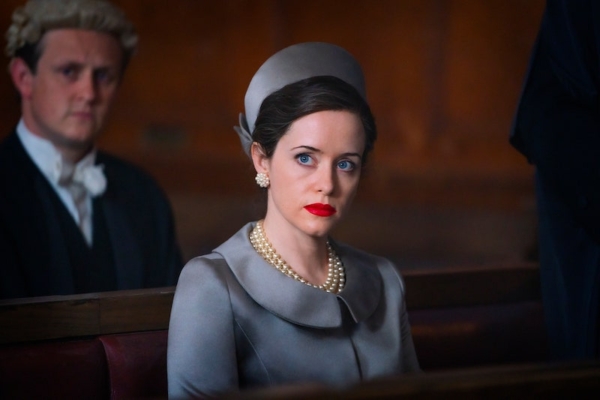 In court, Margaret comes prepared to fight – including in via wardrobe.

While some mid-century productions emphasize wearing vintage, all of Margaret’s 85 costumes were made (including shoes, gloves and hats), except for the vintage knitwear. Fulcher told Vogue,

“Because there were so many outfit changes, I minimised the number of fabrics you see Margaret in. All her suiting and coats are made in either Venetian wool or cashmere, because it has that lustre – and brings out her curves on film. That helped to smooth out the transition between the changes rather than having endless varieties of patterns” (The Making Of Claire Foy’s Sumptuous A Very British Scandal Wardrobe). 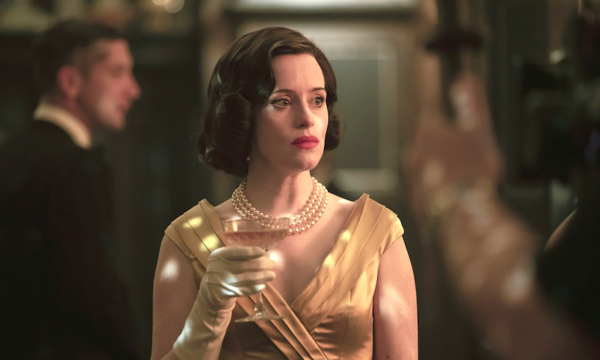 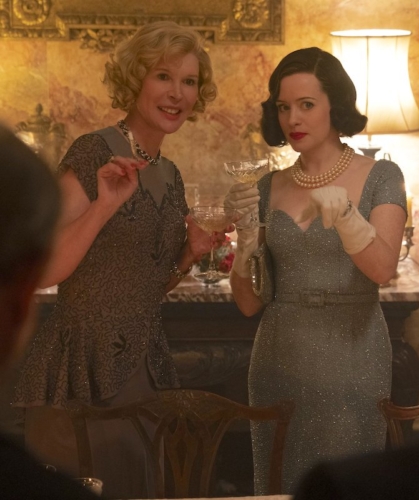 I highly recommend the series for its glam costumes and for a glimpse into a very, very complicated relationship! You may then want to check out this podcast episode about the real-life Margaret’s wardrobe and style.

Have you seen A Very British Scandal yet?