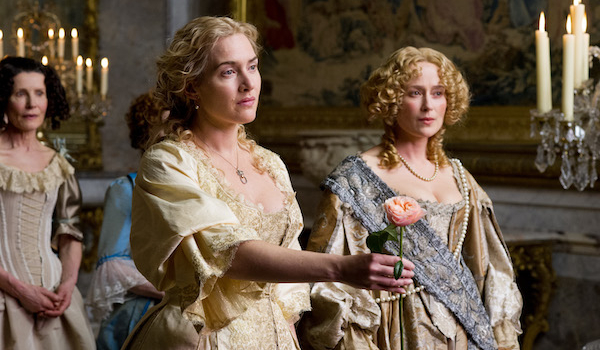 Fans of Kate Winslet and Alan Rickman rejoice: images are starting to come out from their upcoming film A Little Chaos, about dueling landscape gardeners (of which Winslet is one) at Louis XIV’s Versailles.

Here are the few images that have turned up so far. I’m not totally convinced about Winslet’s grey suit, but I do like the line-up of boys! The costumes are designed by Joan Bergin, who designed The Tudors TV series, The Prestige, and My Left Foot.

Alan Rickman in A Little Chaos, via Hollywood Spy 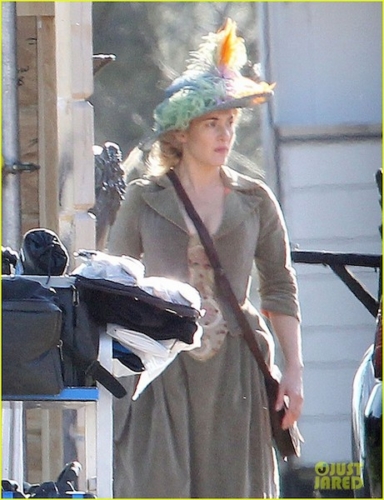 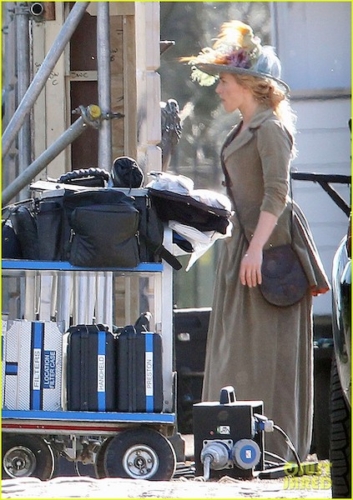