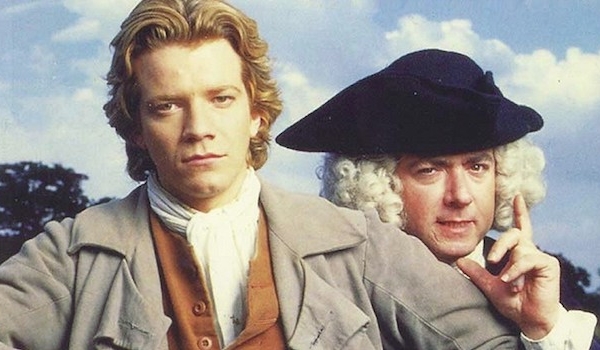 Another BBC miniseries, which will tell you right off that it’s good.  Set in probably the 1750s, it’s interesting in that it portrays an earlier time period than is usually shown in 18th century costume movies.  This is the classic Henry Fielding tale of Tom Jones, a bit of a rake and a bit of an adventurer, but really just a Good Guy.  Lots of beautiful gowns with cuffs rather than sleeve ruffles (earlier style) on Samantha Morton and the other female leads.  Definitely played for comedy — some actors hit it right, like Aunt Western, and some go a bit over the top, like Squire Allworthy.