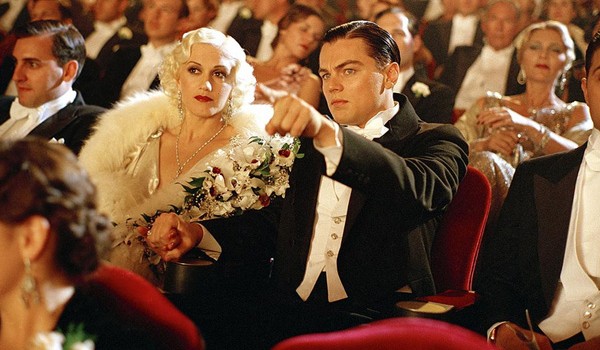 Since 1967, just three fantasy films have won the costume award: Star Wars (1977), designed by John Mollo; The Lord of the Rings: Return of the King (2003), designed by Ngila Dickson and Richard Taylor; and Alice in Wonderland (2010), designed by Colleen Atwood. You could make a case for The Grand Budapest Hotel (2015) being either fantasy or historical, as it’s mostly set in the 1930s but in a fictional central European country, and Milena Canonero‘s costume designs are colorful riffs on period aesthetics. Obviously, because the award wasn’t even created until 1948, some great movies and excellent designers missed out on the award. Walter Plunkett and Adrian didn’t get to duke it out in 1939 over the costume award for Gone With the Wind and The Wizard of Oz, respectively. In fact, Plunkett only received one Oscar, sharing it in 1951 for An American in Paris, with Orry-Kelly and Irene Sharaff. Adrian never won a Best Costume Oscar, despite having designed for dozens upon dozens of films during Hollywood’s golden age. Edith Head could have won even more than her eight Oscars (the most of any costume designer, living or dead), if the award had started earlier and counted her pre-’48 work. The main exception for subtle historical films winning is if the movie itself looks to be a big sweep — say, for a massively popular biopic, something with an actor in an unusual turn, or a huge box-office success that’s also a hit with the critics. Thus, we see The Aviator (2004) earning Sandy Powell one of her three awards, in a year when this film was nominated for 11 Oscars total and won five. Likewise, The English Patient (1996) won Ann Roth a Best Costume Oscar, while the film won nine of the 12 total Academy Awards it was nominated for. Even Chariots of Fire (1981) earned Milena Canonero one of her four Best Costume Oscars, in a year when the movie took Best Picture as part of four total awards out of seven nominations. The costumes in each of these films were excellent, of course, but they were not visual stunners. Nothing wrong with that, they suit the films they’re made for. A Room With a View (1985), costumes Jenny Beavan and John Bright