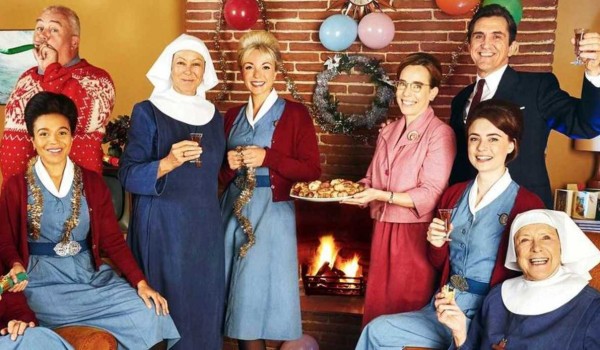 All three of us here at Frock Flicks HQ gave a resounding “meh” to Call the Midwife (2012-) in one of our Oh the Bad Movies & TV Shows You’ll Watch round-ups. Many commenters stood up for the show despite our summation of the boring costumes and stories we didn’t get into. Fair enough!

I didn’t think much of it again, until, well … I’ve had an epically shitty year, what with a wayward soon-to-be ex-husband and moving to a new home and blah blah blah. Basically, everything has felt super stressful and sad, and for me, that comes to a head on Sunday nights before the lengthy work-week starts up. And somehow, I found myself on PBS where Call the Midwife was playing, and I let it play one weekend. And the next. And the next. And I kinda found myself enjoying that mild 45 minutes or so of good-natured, historical, medical drama that was all tidily wrapped up before Masterpiece. Here’s why… 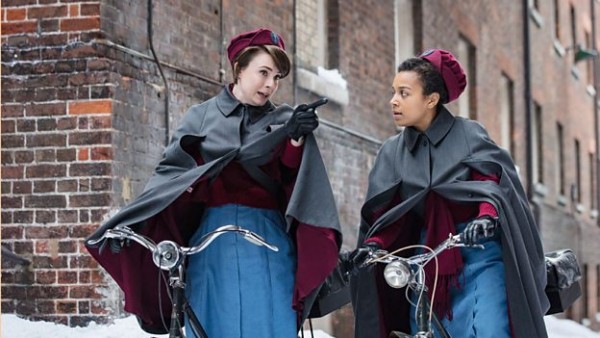 We love that at Frock Flicks! I even mentioned this as Call the Midwife‘s one saving grace when I initially dismissed the show. All the main characters are women, a diversity of different ages, races, and backgrounds, good girls, serious women, silly ladies, slightly devious ladies, all kinds of females. These are some great roles for actresses, and I enjoy watching them.

It can be charmingly funny 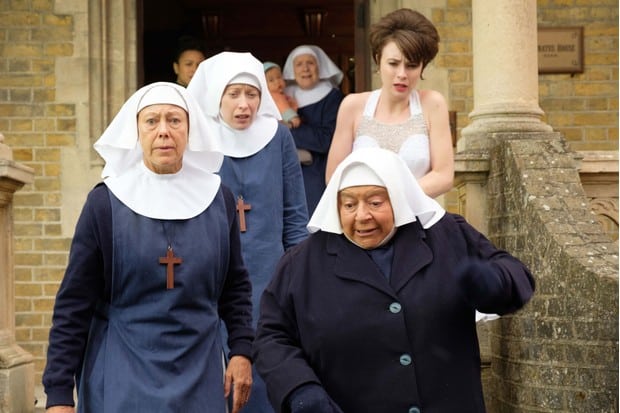 Especially Miriam Margolyes as Mother Mildred in the currently playing series 8! She’s fucking hilarious. Also, Cliff Parisi as handyman Fred Buckle and Annabelle Apsion as his wife Violet Buckle, who runs a hat shop, that pair are goofy, sometimes bickering, always caring, and a nice contrast to all the medical stuff. 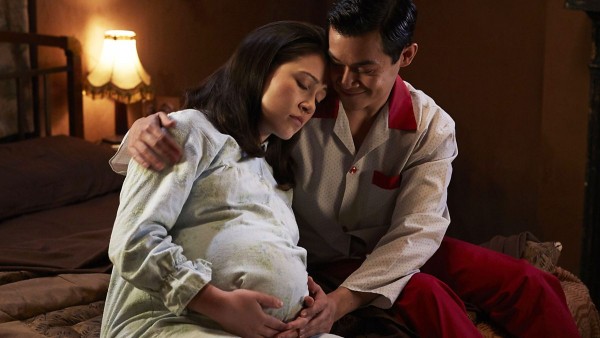 At least by American standards, the attitudes within the show seem fairly open-minded in regards to things like sex and race relations. Considering many of the main characters are Anglican nuns, this may not be historically accurate; I have no idea, and I honestly don’t care. Just listing it as one reason why the show appeals to me. How they deal with pregnant unmarried women and illegal abortions, for example, is full of a kindness, grace, and integrity that’s hard to find today. These things are written so deftly as to not feel hugely modern and heavy handed — maybe because they’re presented as personal acts of generosity that it doesn’t feel like a stridently modern intervention.

It shows a wide slice of life 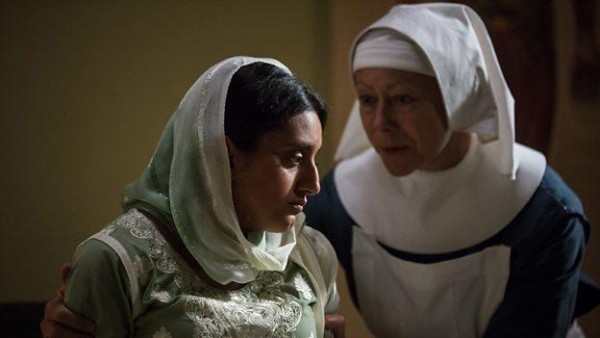 Due to the nature of the work and the location, the midwives interact with anyone and everyone around London’s East End. There’s a mix of dockworkers’ families and African and Indian immigrants, which leads to a little realistic tension, but the midwives work between it all. It’s just interesting to see the women going from house to house, dealing with different families in a range of circumstances.

It’s sentimental and easy to watch 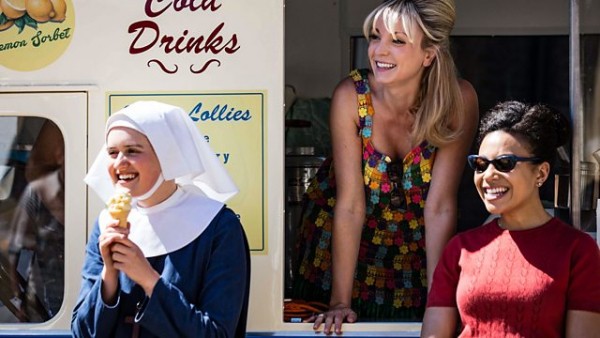 This show asks nothing of me! This is a pat, simple series where each episode is mostly self-contained. I started watching regularly just now, season 8, and it doesn’t matter that I missed the previous seven seasons. Sure, there might be some character development I don’t know about, but it doesn’t hurt my enjoyment. This isn’t a hugely sequential storyline, there isn’t an overarching tale that I have to keep up with. I can drop in and out as I please, even within one hour. If/when my life gets better and if I get bored of Call the Midwife‘s sentimentalism, I can stop watching with no fear that I’ll miss out on how the story ends. It doesn’t! Not in any real way. And sometimes, I just need plain ol’ entertainment like that.

Plus, I realized earlier episodes are available on Netflix, so I can catch up and indulge in more uncomplicated yet not stupid historical stories any time I want. Total win!

What are your reasons for watching Call the Midwife?