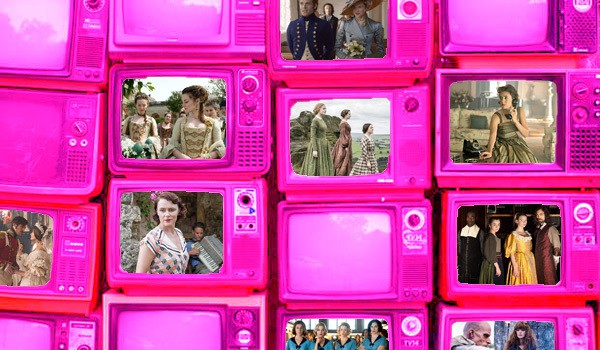 Everybody in Hollywood wants a hit. That’s not new. Even when the definition of “Hollywood” has been stretched in 2018 to include global media platforms on any size screen, on any device, produced by anyone who has the money to create movies and TV. No longer do traditional movie studios control the means of entertainment, or even TV networks or cable channels in the U.S., U.K., and Europe, now technology companies like Netflix, Amazon, Hulu, and whatever startup around the world can make a play for eyeballs. And when one of them has a hit, the other scramble.

Back in 2015, critics and reviewers were saying we had hit “peak TV” with so many high-quality yet niche television shows across all these mediums. This was supposed to be a good thing — you could find a little something for everyone among all the scripted series, whether it was Transparent on Amazon or The Mindy Project on Hulu. Niche subjects and long-ignored audiences could find their own fabulous TV shows, and writers, producers, and actors who had previously struggled to survive in one-size-fits-all Hollywood flourished.  A side-effect has been more historical costume series being made as well, because interesting stories are worth being told in any time or place, right? Well, maybe.

For a while now, we have seen a TON more costume dramas — and even historical comedies! — on TV, including shows produced by not-the-usual suspects. Instead of just ye olde British imports showing up on PBS Masterpiece like 20 years ago, we’ve seen cable, network channels, and streaming services all produce period pieces. Starz created everything from Da Vinci’s Demons to Outlander to The White Princess; the History Channel made Vikings; Lifetime did The Lizzie Borden Chronicles; Netflix poured money into Marco Polo; BET showed The Book of Negroes; Comedy Central gave us Drunk History and Another Period; the CW did Labyrinth and, of course, Reign; Cinemax had The Knick; Spike TV aired Tut; Amazon tried Casanova, The Last Tycoon, and Z: The Beginning of Everything; AMC created TURN: America’s Spies; WGN had Salem and Underground; Hulu produced Harlots; that’s not all, and it doesn’t even count the historical shows HBO and Showtime continued to crank out in the past five or so years.

However, the eternal desire for a big hit might have just overwhelmed the idea of peak TV after all. At least for Amazon, and who knows who else will follow. Call it the Game of Thrones Effect — Jeff Bezos does. He’s the CEO of Amazon, and he has demanded a giant fucking hit show for his streaming video network. At the end of 2017, he canceled a bunch of one-season-old Amazon series (including historicals The Last Tycoon and Z: The Beginning of Everything, the later had been green-lighted for a second season a week earlier). The reasoning for these cancelations was that Bezos needs a big, global Game of Thrones style hit for his platform. But there a lot of problems with that idea.

Most of them are obvious — hey, did you know that summer 2017 had the worst movie box-office sales in for-fucking-ever? Do you know why? How about titles like The Emoji Movie? Funny how people don’t like to watch shitty stories. Pander down to an audience with crap, and we won’t watch. DUH. It’s even more difficult with TV series, because they aren’t one-offs, they need to build an audience slowly. Many, many mega-successful TV series had a rocky start. For example, most everyone agrees that Buffy the Vampire Slayer‘s first season sucks.

In our frock flicks world, let’s look at the biggest historical hit in recent times, Downton Abbey. Again, I’m going to use American ratings numbers both because that’s how we roll and so we’ll have more apples to apples comparison. Also, and I don’t say this with any pride but more a sense of resignation, American media and technology are a dominant force that are pushing a lot of these stupid trends, so any analysis has to start with U.S. numbers and then add the global ones on top of that (sorry for our cultural imperialism, even when talking about an imported show). ANYWAY.

In 2012, season two of Downton Abbey averaged 5.4 million viewers per episode, seemingly small, but for PBS, huge audiences that hadn’t been seen on the channel since 2009. It blossomed quickly. By season three in 2013, Downton Abbey had become the most watched PBS series of all-time, with an average audience of 11.5 million across the seven-week run. Hey, that’s less than a certain dragon-filled blockbuster’s average in its best season. Then Downton‘s series finale, March 2016, was down to 9.6 million viewers in the U.S., although the final season opener had a few more at 9.9 million. Still, pretty respectable for a niche genre show

That’s something we need to understand here, and I wish Jeff Bezos and his ilk would understand. Game of Thrones, Downton Abbey, all of these are niche genre TV shows. They are not mainstream. They are not for everyone. Again, this is what peak TV was about, creating small shows for different niches, not one big show for everyone in the world.

More numbers here (sorry if your eyes are glazing over, but this is how I make a point). The very top shows in both Downton Abbey‘s biggest year and GoT‘s biggest? The same one, NCIS, a standard-issue police procedural, airing on CBS. In the 2013 season, NICS averaged 21.34 million viewers per episode, and in the 2017 season, it averaged 14.63 million. Ups and downs, but still easily wiping the floor with our wacky little shows about fantasy places and people who lived in ye olden times.

Since little niche genre shows aren’t the real competitors here, why the hell are Jeff Bezos and company fucking with them?!?! (See? I had a point, I got there!)

But I guess I’m the only one nerding out over the actual numbers, because Amazon has killed its public pilot season where experimental series by small producers were aired and viewers got to vote on them. Similarly, the fall 2018 lineup for network TV suggests they’re taking little to no risks on new genre shows. I’ve been complaining for months at our upcoming movies and TV list is getting shorter and weaker as well.

Now we’re back to waiting for our favorite niche — historical costume TV — mostly being produced by the same old sources that produced shows 20+ years ago: PBS or someone based outside the United States. Or both. For example, most everything historical that Amazon has right now or coming up has been coproduced by British TV.  Britannia is an Amazon-Sky creation, and the upcoming Vanity Fair miniseries is being made by ITV with Amazon funding. Then there’s Picnic at Hanging Rock, wholly produced by Australia’s Foxtel and merely distributed worldwide by Amazon.

Netflix has done a little bit better for original programing in the frock flicks vein. It’s big hit (especially with the critics and awards) has been The Crown, which the streaming service coproduced with Sony Pictures. Maybe that makes up for Netflix sinking a ton of money into the stinker that was Marco Polo. The channel has also coproduced the Spanish-language historical series Cable Girls, and the American western Godless, while distributing the Canadian production Anne, aka Anne With an E. So I guess you get an “E” for effort, Netflix.

But where are the long-running historical costume series on TV? Right where they’ve always been. Public-mother-fucking-broadasting, people. Keep sending in your pledges, because PBS funding is  forever on Congress’ chopping block. 75% of the Corporation for Public Broadcasting’s federal appropriation goes to local TV stations (the rest goes to radio and stuff), meaning your PBS station depends on that money to buy weekly eps of British shows like Victoria, Poldark, and The Durrells in Corfu, plus one-offs like Little Women and To Walk Invisible.

PBS Masterpiece also coproduces historical shows with ITV (that’s how the world got Downton Abbey, Mr. Selfridge, and Victoria) and the BBC (such as the upcoming The Miniaturist). Really, the supposed brave new world of streaming and digital on-demand content everywhere Peak TV hasn’t changed much for us frock flicks fans. We will still find the most and best historical costume dramas in the same places, from the same producers as we did 20 or 40 years ago.

Let the money men chase after an elusive big hit. They’re being short-sighted. Meanwhile, musty old American public broadcasting, with an assist from the Brits, will keep cranking out legit frock flicks for us.