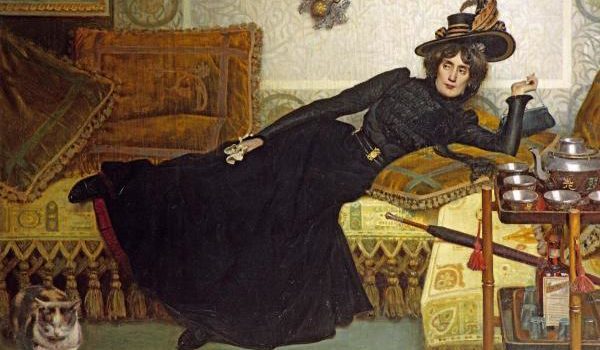 Our ongoing series about history’s most interesting people who have been overlooked by Hollywood. See also our articles about Renaissance women, Medieval women, and 18th-century people who need movies made about them. 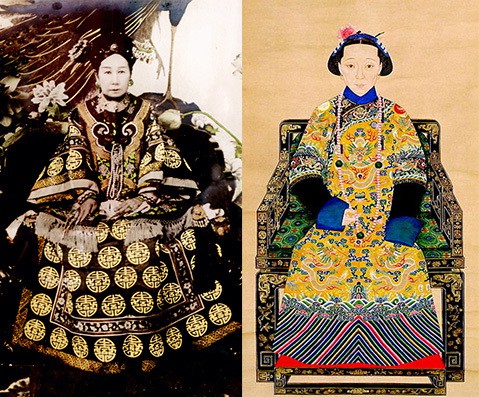 Empress Dowagers Cixi and Ci’an are probably two of the most interesting women to have ever occupied the same title at the same time. The penultimate co-rulers of the Qing Dynasty, they shared power simultaneously after the death of their husband, the Xianfeng Emperor, during a period of history where the East and  West were clashing more frequently and violently. Cixi, originally a sixth ranked concubine of Xianfeng, was the natural mother of his heir, whereas Ci’an was the emperor’s principle wife and of a higher social class than Cixi, though childless.

Educated and ambitious, Cixi was the real power behind the regency period which lasted a good 47 years until her death in 1908, whereas Ci’an preferred a less visible, more traditional role as Empress Dowager. Cixi outlived Ci’an by about 20 years, but both women had formed a bond that enabled the final decades of the Qing Dynasty to flourish under their control, even in the wake of increasingly bloody “interventions” by the British. Cixi has been portrayed as a tyrannical despot by both Chinese and Western historians, but as we here at Frock Flicks know, history is written by the victors, and I think we deserve a fresh look at these two women and how they shaped international policy at the end of the 19th century. 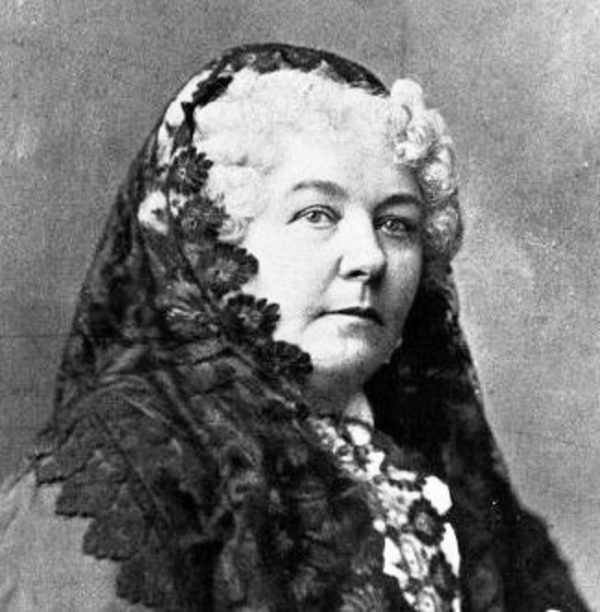 Aside from getting the Ken Burns treatment almost 20 years ago (who knew? I sure as hell missed the memo while everyone was still raving about Civil War from 10 years before), there’s never been a concentrated effort to bring the story of the mother of women’s suffrage in America to either big or small screens.

Most people are far more familiar with her cohort, Susan B. Anthony, but Stanton’s groundbreaking document Declaration of Sentiments was the cornerstone of the Seneca Falls Convention in 1848, considered to be the first women’s rights convention, that set in motion a national movement for civil rights — not just for women, but for the abolition of slavery as well (Frederick Douglass was one of Stanton’s most vocal supporters). Or maybe I’m just biased because I actually dressed up as Stanton and read from a section of Declaration for extra credit in my “Women in American History” class in college. (I got an A, obvs. Pro tip to students: Anthropology and history professors love costumes.) 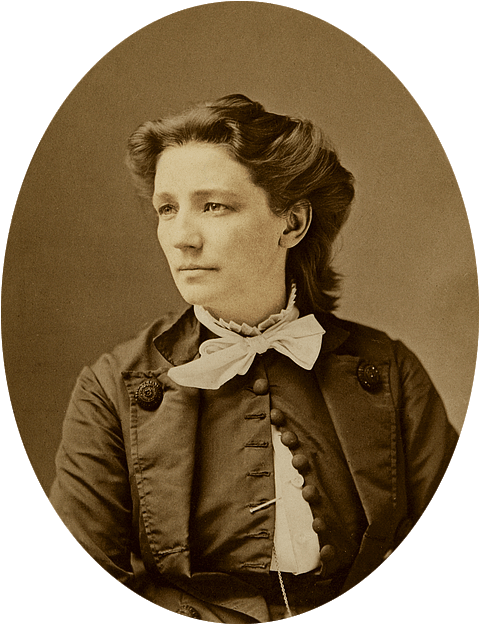 While we are on the subject of early American feminists, I’d like to throw in Victoria Woodhull. In 1872, the 36-year-old Woodhull launched a campaign as the first female candidate for President of the United States (144 years later, we still haven’t managed to put a woman in the Oval Office, but that’s another rant for another blog).

Woodhull is still somewhat of a controversial figure, which is probably why you may not have heard of her, but her list of accomplishments is pretty incredible. She made her fortune as a magnetic healer and clairvoyant, edited and published a newspaper with her sister, was the first woman to testify before Congress, was the first female stockbroker on Wall Street, and was an outspoken advocate for free love after two of her three marriages failed. In 1872. her presidential campaign was shut down after she was arrested on obscenity charges owing to her publication about an adulterous affair between the famous minister and abolitionist (and brother of Harriet Beecher Stowe) Henry Ward Beecher and the wife of one of his associates.

I suspect the reason why we have hardly heard much in the history books about Woodhull is because she was the polar opposite of conventional womanhood, even by today’s standards. She often clashed with other feminists of her time who regarded her as sensationalist, and she created so much scandal that Susan B. Anthony famously wrote to a British suffragist, “Let her severely alone. Both sisters are regarded as lewd and indecent. I would advise against all contact.” However, it’s exactly these types of women who make for really good storytelling on film. 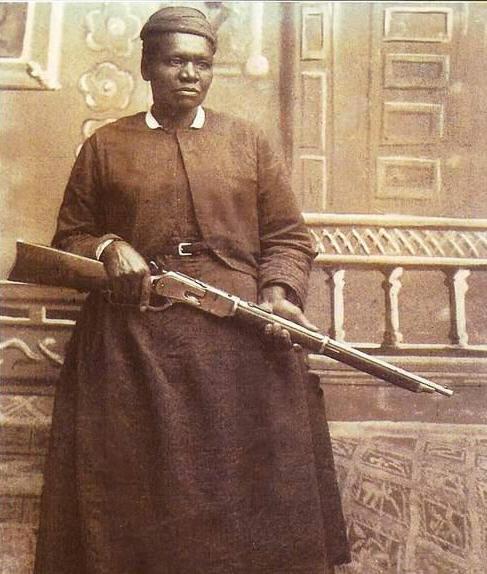 Mary Fields was, by all accounts, an exceptional woman. She was a 6-foot tall, cigar-smoking, gun-toting, whiskey-drinking force of nature. I’ll let Gary Cooper’s memorial of Stagecoach Mary in an article for Ebony in 1959 speak for itself: “Born a slave somewhere in Tennessee, Mary lived to become one of the freest souls ever to draw a breath, or a .38.”

Despite the impression you might get from her photo, Fields was actually a United States government official by the 1880s, when she was hired as the first African-American female postal worker for the U.S. Postal Service. Her qualifications? She was the fastest applicant who could harness and attach a team of six horses to a stagecoach. I figure if we can have a film about a post-apocalyptic postal carrier staring a white guy (ehem, Kevin Costner), we should also be able to have a film about a post-Civil War, former slave-turned-government worker female postal carrier, right? 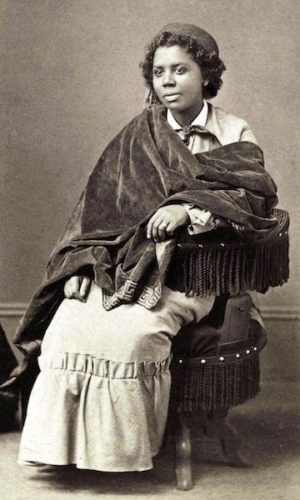 How do I do sum up Mary Edmonia Lewis’ really, really interesting life without writing a freaking novel? The daughter of an African-Haitian father and a Native American mother, Lewis was raised in Greenbush, New York. At 15, she was accepted to Oberlin College at a time when few black women were even taught to read and write, let alone higher education. By all accounts, she performed well in school (having been declared “wild” and kicked out of her previous school), but by the time her final year rolled around she was implicated in a scandal involving drugging two of her female friends with a suspected aphrodisiac-spiked wine. The scandal prevented her from finishing her degree, but that did not prevent Lewis from gaining recognition in the arts. She left Ohio, first for Boston where she was apprenticed to fellow neoclassical sculptor Edward A. Brackett and accumulated a clientele comprised of leading abolitionists and Civil War heroes, such as John Brown and Colonel Robert Gould Shaw, the commander of the 54th Massachusetts, the first African-American regiment in the U.S. Army. Her work gained traction in abolitionist circles and Lewis came to some prominence within the Boston social scene as a result.

In 1866, she left Boston for Rome, where celebrated sculptor Hiram Powers allowed her workspace in his studio. Owing to Italy’s considerably more progressive approach to race relations, Lewis was able to spend most of her adult life treated as an equal among artists, with wealthy and influential patrons paying staggering sums of money for her works (for instance, a pair of commissions in 1873 sold for $50,000 each, which is nothing to sneeze at by today’s standards, but in 1873 money was serious cash). Perhaps her most famous work is the gorgeous marble sculpture The Death of Cleopatra, created for the 1876 Centennial Exposition in Philadelphia.

More notable clients followed when she returned to the U.S., including former President Ulysses S. Grant, who sat for Lewis in 1877 and was reportedly pleased with the resulting portrait bust. As neoclassicism declined in the last two decades of the 19th century, Lewis’ popularity waned until she, like so many other celebrated artists of their day, were all but forgotten. She moved to London in 1901 and disappeared into obscurity, finally passing away in 1907 at the Hammersmith Borough Infirmary, having never married nor had any children that were known of.

And if that doesn’t sound like one hell of a story, then maybe you should try switching to Michael Bay films.

Are there other 19th-century women you think Hollywood has overlooked?