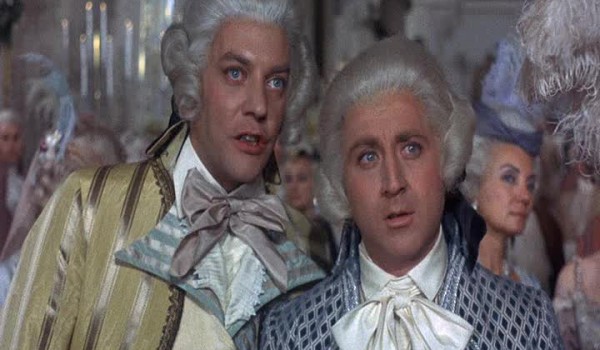 People who know me (Kendra) know that I am obsessed with all things 18th century. To that end, I have decided to start a quest — to see as many 18th-century-set costume movies as I can get my little paws on. Partially, because I’m a geek. Also, so I can review them for y’all! This means that I’m going to try to track down old/classic 18th-century movies, and force myself to watch ones that I’ve avoided for too long.

So here we are, with the first of what will probably be a never-ending quest:

Start the Revolution Without Me (1970)

Start the Revolution Without Me is an 18th-century comedic costume movie starring Gene Wilder and Donald Sutherland as two sets of twins who are mixed up at birth — one of each set goes with a peasant family, the other with a noble Corsican family. It’s very much in that 1960s/70s “wacky comedy” vein, with lots of slapstick and pratfalls.

In a nutshell, the aristocratic twins are enlisted in a plot to take over the French throne from a VERY bumbling Louis XVI. The villains are a nymphomaniac “Queen Marie” (no Antoinette) and the Duc d’Escargot (haw haw). The aristocrats disguise themselves as peasants, at which point their bumbling, peasant counterparts (who have been forcibly enlisted by the Revolutionaries) are mistaken for the nobles. Hijinks ensue, all on the eve of the French Revolution. Oh, and Orson Welles randomly narrates things.

The movie bears little resemblance to history, and most damning of all, I think I MAY have half-smiled about twice. I definitely didn’t laugh. Gene Wilder was very Gene Wilder; Donald Sutherland was actually the more entertaining of the two, as he played the prissier of the aristocratic twins and the slower of the peasants. Queen Marie was not terribly enticing, the Duc d’Escargot was appropriately villainous, Louis XVI was amusing, and Princess Christina of Belgium (which didn’t exist as a country yet) was blonde and ringlet-y.

I did enjoy that the movie was filmed at Vaux-le-Vicomte, the chateau that was the inspiration for Versailles, as I’ve been there, and in 18th century costume, too!

The costumes, designed by Alan Barrett, were shockingly not bad, although they weren’t great either: 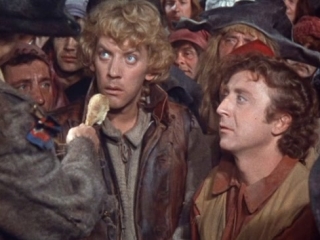 The peasants wore dirty rags, although Gene Wilder was very committed to his comb-over no matter which role he played. 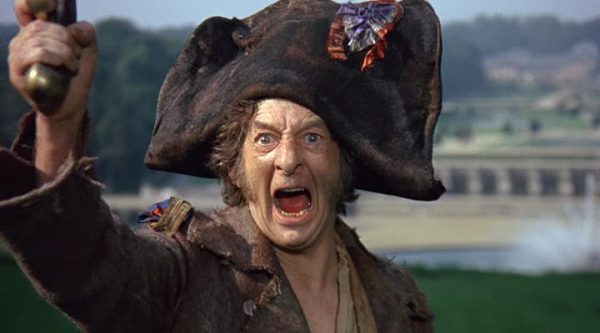 The revolutionaries were appropriately dirty. 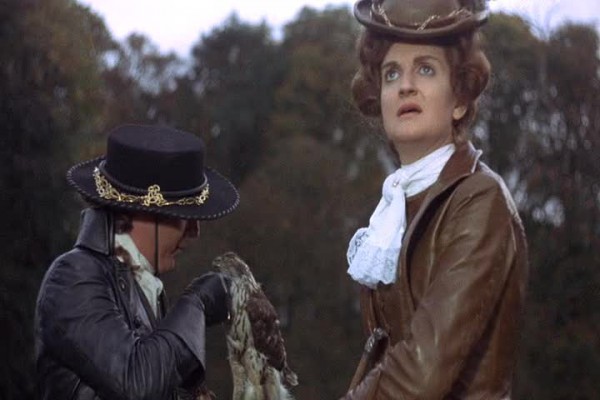 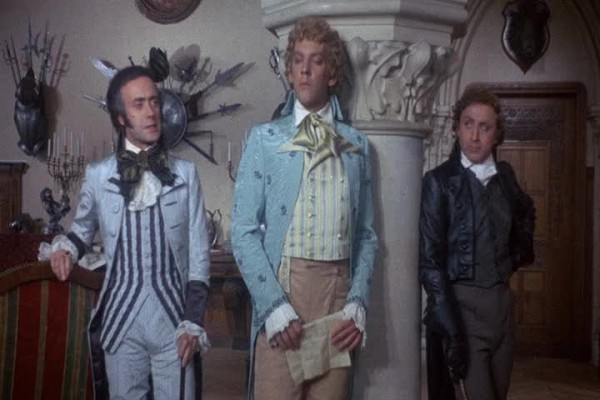 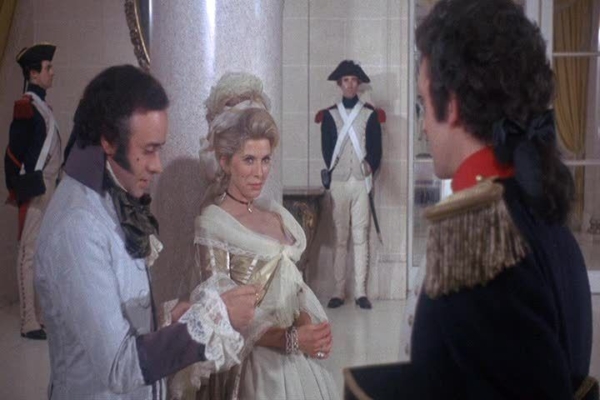 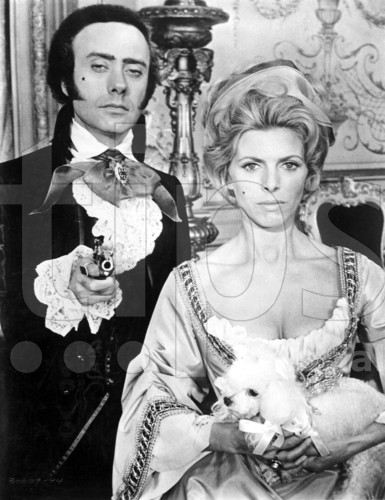 …and her hair totally looked like one of those late 1960s “fancy bouffant updo’s.” 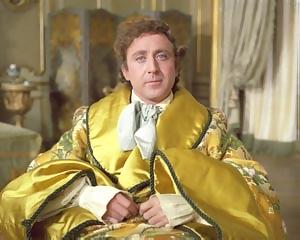 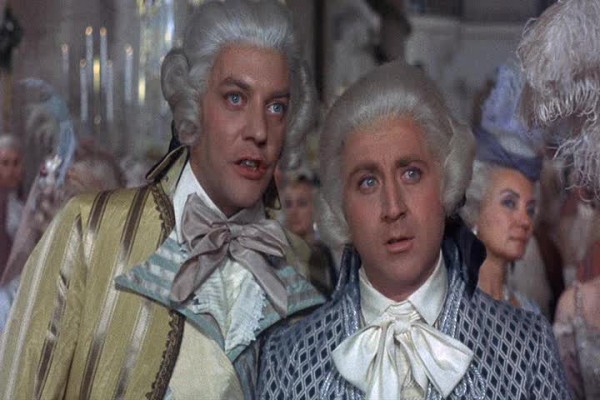 There was a ball scene, which weirdly I actually quite liked, aside from a lot of shiny white wigs. 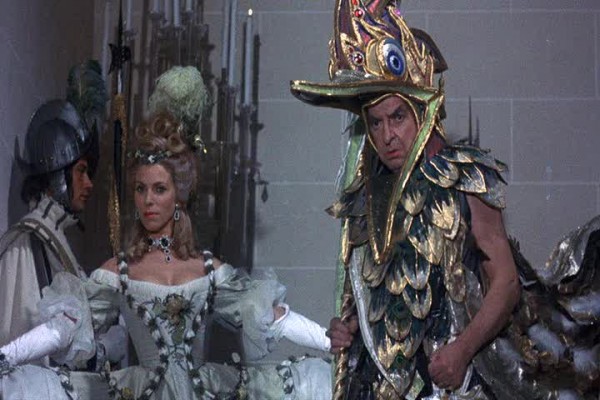 Queen Marie decided to mess with Louis and tell him it was a costume ball, so he turned up in this. It was actually kind of funny. 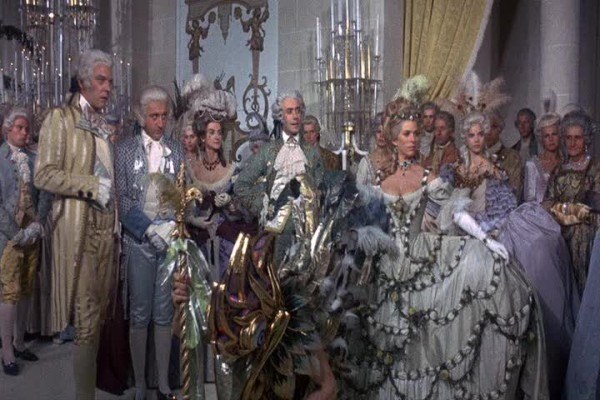 “Queen Marie” (and many of the other ladies) had quite decent court dresses on! 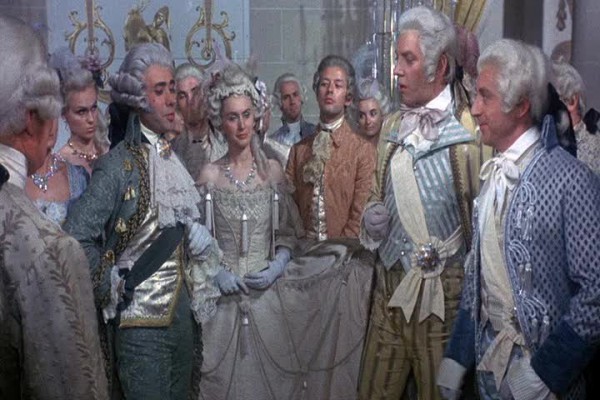 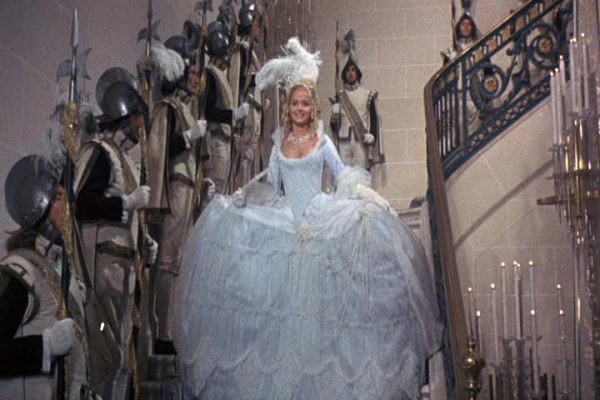 Except, of course, for the ingenue, Queen Christina of “Belgium,” who wore some froof and ringlets. As one does.

The Verdict on Start the Revolution Without Me

Maybe watch the court scene on YouTube (here, at 43:43), but otherwise, give this one a miss!